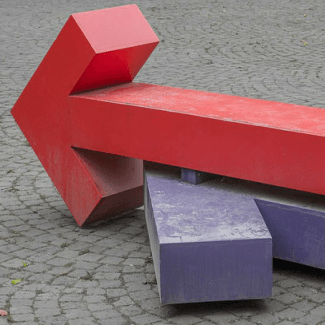 Who or what is responsible for where you are right now, in life?

You are, right? Plus circumstances.

But let’s look at how that plays out. For most of us, there are areas where we do well, and somewhere we don’t do as well. There are some things at which we’re successful, and some not so much. So, how do we change it when we’re not having success in a particular area?

One important factor — values/criteria. And here’s an understanding that helped me in helping people change.

People are already getting what they want, in some way. They are already meeting their most important criteria. Here’s how it works.

Have you ever seen one of those people who treats waitstaff poorly? I’m not talking about a reasonable complaint, I’m talking about some who looks for things to complain about.

I have a theory about that. A lot of people feel powerless in their lives. They may believe that the waitstaff are folks over whom they have power. As a paying customer, they feel they can threaten the restaurant with taking away business, and that the staff must therefor scramble to make them happy at all costs. They can feel powerful for a few moments by wielding their perceived “power”. That’s their criterion in that situation. Even though they’re angry, they’re getting what they want.

Keep something in mind. . .

What Is The Real Outcome?

Ostensibly, they’re after better service, or having their food prepared in the way they like it. But the way they are acting is probably not the most effective way to achieve that outcome. But it’s the way they know how to feel powerful.

Now I value getting along, avoiding conflict, and a feeling of kinship over feeling powerful (in that specific situation). If I got something I didn’t like in a restaurant, I probably just wouldn’t eat it again. That might not be the best course of action, either.

So, here’s the point. Both of us are getting our criteria met in the restaurant. I’m feeling one with humanity, and the angry customer feels powerful for a moment. That’s how we, as humans, roll. We act according to our values, in the moment.

The Outcome Is The True Intention

You see, values can come in conflict.

In those cases, different criteria might come into play, and overwhelm your original criterion.

You’re Getting What You Want

Now, folks don’t like to hear this. I don’t either. I like to believe that, where I’m not doing well, it’s because there are outside forces stopping me. And let’s face it, there are circumstances. And there are real prejudices, disadvantages, and challenges in the world.
And if you’re only going to be 4 feet tall, you’re probably not going to play in the NBA. But that’s a subject for another article.

Let’s talk about what we can change. Since we’re already getting what we want on some level, how do we change? And by-the-way, this is the crux of why some change seems hard. If your criterion is feeling relaxed, and you want to exercise, the part of you that wants to relax will likely fight the change. That is, unless. . .

You change things up!

If a client came to you, disturbed by the way they act in restaurants, you might explore what criteria they get met by acting the way they do. If it’s a feeling of power, you might reframe the situation. You might use language such as, “Won’t it be great when you have the ability to control how you act in that situation. That will feel powerful.” The frame you might help your client get to is that the new behavior (whatever that may be), results in whatever criteria they were getting by the old behavior.

You can even anchor the feeling of power, and lead them through imagining the new behavior they want, and fire off the anchor when they do it just the way they want to (in their imagination). That way, there’s little or no resistance from the part of them that wants that feeling.

You can also anchor in whatever feeling they’d get from not acting rudely. It might be pride. Fire that one off too. Get as many criteria as necessary in order to make sure the new behavior is as appealing to as much of the personality as possible.

When all aspects of the personality are in alignment, we call that congruence. And a congruent person is very, very capable.

Another approach is to change the length of time the person is considering. If they want to exercise, but want to relax more, you can show them how, if they exercise, in the future it will be more relaxing to be healthy. It’s not relaxing to have to go to the doctor!

I saw a study once that said the least effective intervention among all interventions studied to help someone stop smoking, was advice from a doctor. Hypnosis (specifically, self-hypnosis, in this case), was found the most effective.

In other words, somebody would go to the doctor, and the doctor would say, “You need to stop smoking.” The patient would hear “Blah, blah, blah.” But there was one situation where the advice was very effective. Can you guess?

It was when the doctor had a specific, immediate danger to warn the patient about, such as “If you don’t stop smoking, you’ll be dead from emphysema in two years.”

It’s important to understand why this works.

When a smoker feels the need to relax (if that’s an important criterion for them with regards to smoking), that’s the part of their personality that may be most active. They may have health concerns about smoking, but hey, this cigarette isn’t going to kill them right now!

So, the criteria against smoking are sort of dormant.

When the doc says, “Follow my instructions or die”, the rest of the criteria may wake up! The part of them that wants to feel pride when they see their grandson graduate from college goes, “Hey, we might lose everything!” The part of them that wants to experience the feelings of health, energy, and vitality may suddenly be brought to bear on a situation that was previously, not critical.

So, we can use these same principles and leverage other criteria, against the smoking behavior.

But then, there might be an internal battle. The part that wants to relax, wants to smoke. And that’s pitted against all the other parts. So, a good approach might be. . .

If a person wants to smoke to relax, and wants to stop to feel pride, there is a conflict on one level, but not another. Smoking and not smoking are mutually exclusive. It’s one or the other.

Pride and relaxation, are not. You can have both. But the unconscious mind may have smoking and relaxation linked. It may be the best way they know how to relax.

So, it’s smart to de-link those things, and link a new, healthier behavior up to relaxation.

In Ericksonian-land, we call that ‘separating behavior from intention’.

Then we get the unconscious mind to accept that the goals of relaxation, and feeling pride can work with each other. They are aligned! The more we align criteria, the more we’ve got the whole person on board with the change in behavior.

Then we get the client to imagine many alternate, healthy behaviors and suggest they feel relaxation and pride when they do them.

We can align criteria with parts work, core transformation, reframing, and/or learn to leverage criteria in direct suggestion hypnosis. — there are lots of ways. How do you use people’s criteria when you help them?