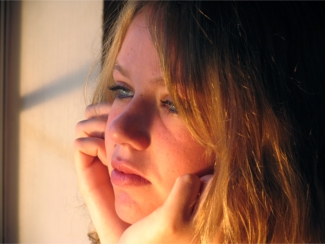 I recently got a question about anxiety, on a post I’d written, The Danger of Agendas.

Hi Keith, i am seeing a client who came to me for anxiety attacks. Specifically in shop or bank queues, also traffic. And more recently at home, sitting at the dinner table.
The client reports that it first started in a school assembly when she was 13. Nothing happened again until later on in life she had a miscarriage. Now gets random attacks.
I tried regressing to the time at school and client reported blank, I disassociated her and worked with her more positively. I used breaking of negative anchors in as many scenarios as the client recalled.
I also gave the client an anchor to take away and use whenever they felt the need.
The client reported back today that still felt bad when went shopping.
I would be interested to hear from the group of any NLP techniques that might get a better result or other advice.
Best regards David Amstell

Not all the events important in forming the anxiety response, were located and dealt with.

I’m not sure what technique you used to regress or what the client said to you before the regression, but there’s something I’ve experienced many times in regression situations, that might help. As a rule, people don’t know (consciously) where fears, phobias or anxieties started. They might remember an incident and tell you that it was the first time, but it may not be.

The affect bridge is a good technique that helps with the situation. It’s not foolproof. If the client has a strong idea as to what caused their fear, they might lead you there. That’s why it’s important to convey the idea to the client that they are not to create any thoughts or stop any thoughts, they’re to allow whatever thoughts they have, to occur. Their job is to have an attitude of curiosity about what thoughts might occur.

Secondary gain is when there is some payoff for a behavior (there is a payoff for every behavior). For a person who smokes to relax, relaxation is the secondary gain. If someone bites their nails to try to relieve anxiety, escaping anxiety is their (attempted) secondary gain.

The unconscious mind may not wish to give up the behavior, unless it has another, equally effective and speedy way to achieve that secondary gain.

For anxiety and panic attacks, there can be lots of secondary gain aspects. Does the behavior get them control? Even though the anxiety may be an out-of control feeling, the anxious person can gain control from it (they may be able to tell their partner that they can’t go certain places, for instance). For some people with debilitating issues, who are receiving government assistance for their problem, the security brought about by those payments, may be secondary gain.

It’s important to note that secondary gain is not usually a conscious decision. The unconscious mind has different priorities than the conscious mind. And while we would never consciously choose to have a panic attack in order to gain sympathy, the unconscious mind of a client may have learned that the world works that way and built that pattern.

It’s possible that you’re dealing with more than one fear, and you took care of some fears, but not others.

Or, the client could be lumping tow (or more) fears together, under the label “panic attacks”. But they could have separate triggers and be slightly different feelings. In this case, the client will notice she feels better some of the time that used to trigger her and not feel better in other contexts. If you find this situation, just work with what’s left. Again, the affect bridge is fear-specific, so you could take whatever feelings are left and trace those back.

Incomplete processing of an event that was responsible for creating the anxiety.

When working with ear, I often regress back to the event that caused the fear, and do something similar to an NLP fast phobia cure on that initial event (As outlined in my Regression Therapy program). The other day, I was doing the part when the client rewinds through the traumatic experience at high speed, while they’re associated in the memory (everything happens at high speed, backwards around them). We got through the process and the client still reported that there was some anxiety left. I went slowly back through all the steps and found that I hadn’t clearly communicated that the client need to be associated when they rewound. We fixed it an the anxiety reduced dramatically.

So, you can go back and cover the same ground, making sure the client understands what they need to do at each step.