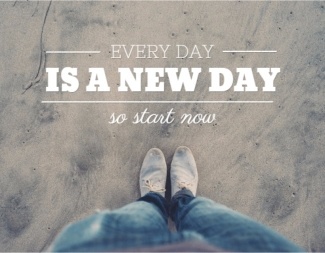 As I write this, it’s early 2016, and already, two iconic rock stars have left us. David Bowie and Lemmy Kilmister have both died. Reportedly, both died from cancer.

Bowie had, just two days earlier, released his most successful album in years. Lemmy had recently toured. Although they were 69 and 70 years old, respectively, they probably could have had more productive years. I hear a lot of talk about what a waste it is and how sorry people are. But both deaths were very likely unnecessary. What do I mean?

They both smoked. They both had a history of drug use. Lemmy was a notorious drinker, as well. These are cancer risks.

They didn’t have to die yet, and they could have given us so much more (Bowie was planning another record).

But before you think I’m moralizing, let me say something. I hate smoking. It killed my father. There is very little justification for smoking. But we all have behaviors that increase our risk of dying. Yes, smoking is a big, obvious one, but there are others.

What Can We Do?

So, I propose we look at these deaths and take a lesson for ourselves. Now, I don’t smoke (anything), and I have maybe 3 or 4 drinks a year. But I also haven’t exercised for months (since a shoulder injury). And my diet could be better. I eat too much processed meat and fewer vegetables than is ideal.

The thing is, we have the tools to improve ourselves. At the very least, we can make a recording of affirmations, put ourselves in self-hypnosis and listen to the recording. We can collapse anchors, do the new behavior generator, and get rid of beliefs getting in the way of having better health. We can go to hypnotherapists or NLPers ourselves.

Let’s all take a look our our health and see what we can do to improve our chances of a long, healthy life. Who’s with me? Let me know what your health goals for 2016 are, below.
Keith