How To Brainwash People--Even With Weak Logic
6

How To Brainwash People–Even With Weak Logic

How To Brainwash People–Even With Weak Logic 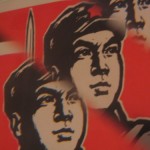 Repetition is one of the simplest ways to convince people of something. When we hear things multiple times, we tend to believe it more. It becomes more familiar and more familiar things seem more true. But we have to have a logical argument and facts to back our position up don’t we? And of course, we must have the other person’s attention!

Well no, it turns out.

Repetition Is Effective Without Attention!

Don’t pay attention while something is repeated = convinced.

“Repetition is effective almost across the board when people are paying little attention, but when they are concentrating and the argument is weak, the effect disappears.”

Kind of a nice reinforcement for the metaphor of the unconscious mind, don’t you think? If the conscious is away (not paying attention), new ideas can get in to the unconscious and take hold.

It’s one of the reasons we use metaphor in therapy. It’s a way to introduce an idea without bringing that conscious mind in. The trick is to keep the conscious mind out of the loop while sending signals to the unconscious mind that, ‘this message is for you!’

It’s why you’ll hear explanations of the housing bubble such as, “The greedy banks caused it.” While banks certainly had a role to play, the situation is far more complex than that. But if we can’t fully grasp what happened, it’s uncomfortable. So, we grab something that’s easy to understand and hold on to it tightly.

Memory Works As A Repetition

“…when an idea is retrieved from memory, this has just as powerful a persuasive effect on us as if it had been repeated twice.”

If we can get someone to remember an idea we’ve presented, they’re repeating it to themselves. That works for convincing too!

OK. I didn’t really write this article to teach you how to brainwash people with lame ideas. I wrote it with two other goals in mind…

1) To help people protect themselves against lame ideas.
2) If you work with hypnosis/NLP, for you to consider how these ideas can help you be more effective.

Here are some suggestions:
1) Don’t watch or listen to TV, radio, people etc. unless you are paying attention or already trust that source.
2) Question your own beliefs when they seem simplistic (all middle-eastern looking people are terrorists, for instance). Yes, it may be inconvenient or uncomfortable to simply admit we don’t know everything, but it keeps us open to opportunities.
3) If you’re working with clients, use the principles here to deliver messages to them in such a way that they find it easier to reach their goals! Repeat suggestions, get the client to repeat them to themselves, present suggestions in an easy-to-understand format etc.