Is There A Bustle In Your Hedgerow? Maybe You Should Be Alarmed

Is There A Bustle In Your Hedgerow? Maybe You Should Be Alarmed

What Is Cognitive Priming & Why Is It So Important? 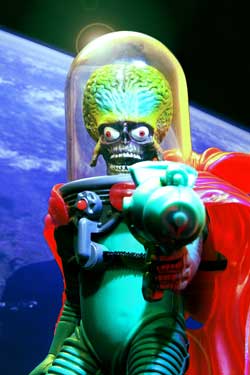 Wikipedia defines priming as an implicit memory effect in which exposure to a stimulus influences a response to a later stimulus.

Now, that’s a technical definition of a specific kind of priming.

Think hypnotic suggestion–or reframing from NLP. That’s the basic idea, right? We seek to influence people–whether it’s to stop a bad habit or start a good one. We might help someone feel better about themselves or turn down the level of pain from an illness. In all those cases, we’re introducing something to their mind that influences them later.

In psychology, priming is often associated with memory. For instance, If I write the sentence, “The frog lay on the log in the bog, barely seen through the fog,” and then ask you to quickly think of an animal that people might keep as a pet, you’d likely say “Dog.”

Why? because all those words rhyme with dog and the rhymes activate that part of your mind–making thinking of “dog” easier, quicker and more convenient.

If I write, “The scientist woke up, yawned, took a good long stretch, drank his milk and sat down to play with the string theory ideas he’d been working on,” and then asked you to think of an animal that people might keep as a pet, you’d be more likely to say “Cat.”

Why? Because yawning, stretching, drinking milk and playing with string in combination are more likely associated with a cat.

Here’s an example of priming that gets a lot of people to think of a specific card. When it works, it can seem like telepathy. In other words, it gets some people to attach a meaning (ESP) that isn’t there.

Our Beliefs Prime Us

When we help someone create a belief, we prime them across a wide range of contexts. We see what we believe and if we create a belief in someone, it controls what they sense. Beliefs can make you see, hear and feel things that aren’t actually there. They can make you think patterns exist when they really don’t exist.

For instance, if your mother told you you were clumsy a few dozen times when you were young, you might build that as a belief. It then would become easier for you to find examples of being clumsy. When you tripped, you might connect it to that belief and see it as proof that mom was right. Now it’s a pattern–regardless of whether you trip more than average or not.

If you hadn’t been primed that way, you might simply think, “I tripped.”

Of course, we can prime the other way ’round too. I read a quote the other day, “Failure is an inevitable part of creating success.” (Andrea Hess)

I’d just had a friend disappoint me deeply. I began to see that ‘failure’ as part of the process of defining more clearly who I wanted to do business with. It was part of my road to being more successful–on my terms!

But Here’s What Chaps My Hide…

There’s a hypnotherapy instructor who has been priming in what I believe is an extremely harmful fashion. Here’s the story as I heard it (second-hand).

She did a demonstration in front of the group with a young woman. Let’s call her “Jane.” Jane said she wanted to work on a couple of issues and the hypnosis instructor almost immediately came to the conclusion that the problems were caused by demonic possession or “entity attachments.” She then did a quick process to get the demon or attachment out and then Jane went back to her place in the class.

The instructor then went on to explain that most of people’s problems were caused by demonic possession, entity attachments or alien abductions.

Well, a friend of mine happened to talk to Jane. Jane asked her, “Do you really think I’m possessed by demons?”

That’s priming. If she buys in to that story, whenever she feels a conflict, has a problem in life or simply can’t break a habit on her own, she may think she’s possessed by a demon or was abducted by aliens or has some sort of evil, or at least non-benign spiritual attachment.

I doubt that’s a healthy outlook too have.

I personally don’t believe in spirit possession or alien abduction but regardless of whether or not you do, it’s not wise to make it up and theorize that most of our problems are due to those factors!

Just in case you think you can’t be fooled by this type of nonsense, we all can be. When primed, we can all sense things that aren’t actually there. It gives you a good idea of how these things get started.

I Guarantee You’ll Hear Something That’s Not There

Here’s a remarkable example. I guarantee you, by the end 2 minutes in to the video (that’s all you’ll need to watch), you’ll be hearing things that aren’t there.

Listen carefully to what you hear as the song is being played backward. Then again while being primed.

Back to the woman who’s teaching spirit possession and entity attachment as the basis for most of our problems. What do you think I should do about it, if anything? Personally, I don’t see myself as the arbiter of all things hypnosis. Surely, I’m wrong about something :-). I also believe strongly in the right of people to believe what they want, think what they want and have any set of religious beliefs (or lack of religious beliefs) they want, as long as they don’t impose them on me.

On the other hand, I think harm is being done to innocent people by teaching them hypnosis in this way.

Suggestions? What do you think?