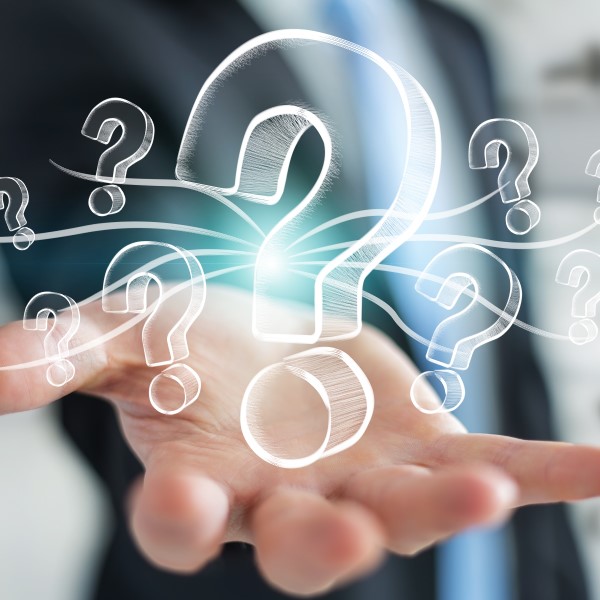 Sometimes when I’m speaking, I’ll ask the group how many of them have gone into their (auto) mechanic’s office, taken off all their clothes, and waited for the mechanic to come in. Rarely do I get a hand going up.

You should see the looks on people’s faces when I ask. They’re not only wondering what on earth I’m talking about, they have a look of “I’d never, ever do anything like that” on their faces. Who would, right? You don’t just go into someone’s office and take off your clothes (unless you know them veeeeery well).

Then I ask how many have done something similar in a doctor’s office. Most of us have.

The point is, there are many things we would never consider doing in one context that seem perfectly natural in another. And here’s why that’s important…

Where people are stuck in life, where they can’t get ahead, where they’re frustrated — they often have some belief or thought that’s limiting their behavior. And that behavior they refuse to consider may be the very thing they need to do to solve the problem.

Here’s a model of how it works…

Here’s an example. I know someone who makes a living as a consultant, helping people decide what college to attend. She works from home. When she tells folks that she works from home, makes a good living and they should try it, sometimes they react poorly. “Oh, not another ‘work-from-home’ scam,” they say.

They’re thinking about what she does in a specific way, feeling a particular way about it and then coming to a judgement. Their minds close because of their judgement.

When you’re teaching or doing therapy, that judgement can be your enemy. Once the mind is closed, it’s harder to get anything done. If a student thinks, “I already know this,” or “this is just like that other thing I already know,” it can make it more difficult. If a client thinks, “it’s impossible to quit smoking,” or “I don’t want to have to work to lose weight,” they may bring down those thoughts/beliefs/feelings/behaviors and use them to reject what you’re doing.

In short, people can get stuck because of the thought/belief/feeling/behavior constellation attached to a context. You job as a therapist or teacher is to not let that happen. How do you do that?

There are lots of ways, one we’ll talk about right here is a specific kind of confusion — context confusion.

I remember watching a video of Milton Erickson at work. A hypnotist was asking him his thoughts about using hypnosis for the hypnotist’s smoking and weight loss clients. Erickson looked at him and very slowly and meaningfully asked (this is from memory, I might not be exact) “Well, what kind of practice do you have?” The hypnotist immediately got a “deer in the headlights” look. He didn’t know whether Erickson meant ‘practice’ as in experience, or ‘practice’ as in working in a profession — running an hypnosis practice. He was confused as to the context. And because he was confused, he didn’t bring thought/belief/behavior limitations to bear on what Erickson was saying.

Erickson (I’m sure), loved to see that look in people’s eyes. He continued talking and as usual, the hypnotist didn’t remember much when he was finished. But he was a changed man!

So, confusion can mean an opening, or at least a lack of closing.

And I’ve had many conversations with other NLP and hypnosis trainers about using confusion in training. I know some that use confusion as the primary tool in making sure people are open to communication. But here’s the danger in that…

If you confuse people too much, they may bring down their “the teacher is confusing” context and decide you don’t know what you’re doing. Then they can actually anchor the feeling of confusion to you, the classroom or even learning in general (why do you think so many people go into negative feelings the instant they sit down in a classroom). But if you use confusion at the right time, about the right things, in the right amounts, it can really, really soften up resistance to new material and new ideas. And the same goes with therapy.

Sometimes in a session, I spend some time confusing a client about their problem. I just ask them questions or make statements that take their problem out of one context and put it in another — maybe a context where their “problem” is useful.

If you’re confused by that, good. Confusion is the leading edge of understanding. If you’ve got it, that’s good too.
Enjoy,
Keith