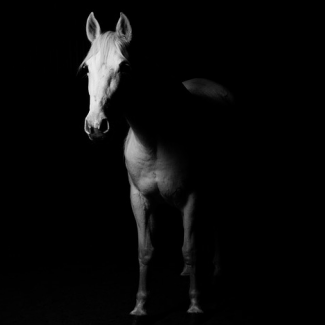 Most people don’t think about it much, but there are lots of things you know, but you don’t know you know them. For example, there is lots of information coming in through your senses, and it’s available to you, but you’re not necessarily paying conscious attention to it.

Take a moment, and notice the amount of black in your visual field right now. Now, listen to the hum, buzz, or hiss of any machinery, air conditioning or heater nearby. Feel he weight of your clothing, on your body, and the temperature of the air on your skin. These are all sensory inputs that are available to you, and you’re monitoring on some level, but you’re probably not aware of them consciously, unless your attention is called to them.

Kiptin, Vere Iz Yoor Attention? (In the voice of Chekov)

And that’s one way of looking at the conscious/unconscious distinction. Conscious is where the attention is. Or perhaps, what we think of as the conscious mind is the part of us that typically steers the ship of our attention. It’s the captain of the ship. It may give many of the orders, but it does not make the ship go. There’s a whole crew, above and below decks, who are working to make the ship go.

And there’s no way a captain can be aware of all of the movements and actions of all the crew members.

And that’s the situation that people may find themselves in when they come to us as NLP practitioners and hypnotherapists. The crew isn’t doing what the captain wants, and the captain (conscious mind), doesn’t know how to get the results he or she wants, from the crew (unconscious mind).

If you’re in the field, you know where the ‘oomph’ is. By the time the clients get to you, they’ve tried everything they know how to do — consciously, that is. The power is with the unconscious mind, which is simply running the patterns it’s learned. And that’s our job — to help re-pattern the unconscious mind.

So, here’s the situation. The captain comes into your office, tells you what they want, and you start in. Here’s my question for you. . .

With Your Clients — Where Should Your Attention Be?

Where should most of your attention be — the captain, or the crew? Where will most of your communication be directed — the conscious or unconscious mind? The captain is already on board (pun intended), with the change. You need to be talking to the crew!

Now communication channels are the same way. We are aware of some things we’re communicating, and not others. And the captain is likely controlling the conscious aspects of communication. But the captain has a limited number of things she or he can pay attention to. So, who runs all the out-of-consciousness communication? The unconscious mind, of course!

Think about lying, for a moment. In fact, tell a lie, out loud. “I am 8 feet tall.” Notice how there are responses you can’t control (without some practice, at least). Maybe your face gets hot, or you feel uncomfortable and your body shifts around. Maybe you say it a little too loud, in order to try to convince someone. Maybe your tone of voice is a little different, or you blink differently. Those are all your responses, but you’re not controlling them consciously.

Now, that is similar to what is going on with your clients, when their conscious and unconscious minds are not aligned toward the same goal. They will be communicating different things with the part of their mind that wants to achieve the goal, and the part that doesn’t want to, or doesn’t know how.

But it can be challenging for students. We all sometimes get trapped in the story.

People are typically very conscious of what they say. They are usually not as conscious of what we call ‘unconscious markers’. Tone of voice, incongruity of tone with the content (saying you’re sure, but the tone of voice is unsure, for example), many body movements, pupil dilation, where the eyes look, skin color changes, posture changes, gesturing — all of these can be outside of the conscious awareness of the speaker.

That out-of-consciousness info is where the money is. But there’s a trap.  The story.

I remember watching a woman talk about her fear of snakes. Every time someone mentioned snake, she’d look at a certain spot (relative to her body), her eyes would get big, and then she’d move her head back and show signs I would interpret as fear. Something similar would happen if she saw a picture of a plate of cooked spaghetti noodles.

Now, all the while, she was talking about things. She was telling the narrative of her fear. Maybe it was how the fear got started, or what her phobia kept her from doing. I don’t really remember. I was paying more attention to the stuff that was out of her consciousness. The story is of lesser import. But it’s easy to get caught up into the story.

Are You Listening To Me?

Many of us are taught that, in order to pay attention, in order to listen respectfully, we need to listen to the story. But what does that really mean? For many, it means hearing the words people say, and going inside our own minds and imagining it. While we’re in there making up things, there’s a whole world going on that we’re not seeing.

You see, we have these channels. We see on the outside, and we imagine on the inside. We hear things in the world, and we talk to ourselves, or have other internal voices and sounds in our minds. But guess what? Just like our clients, we can only keep a small number of things in our consciousness. The more attention we are paying to our internal world, the less attention we are paying to what the client is doing!

And, the more we’re paying attention to their conscious communication, the less we’re getting of their unconscious channels.

What Is The Purpose Of Training?

But there’s a funny thing about a captain, and a ship’s crew. Who is really in charge? Earlier, I wrote about noticing the temperature of the air on your skin, and the fact that you probably weren’t consciously aware of that temperature, until I called your attention to it.

Well, what would happen if you suddenly felt a warm spot on the back of your hand? You’d notice it, and probably check it out. That’s because you have a system for bringing unconscious input into consciousness, if it seems important enough to do so. The same thing would happen with the background noise in the room, if it suddenly got louder, or quieter.

Those systems are built into our sensory awareness.

But you have to build those systems with your therapeutic skills. One way to look at the purpose of NLP and hypnosis training, is to think of it as building systems to bring relevant unconscious information into consciousness.

I type a fair amount, and I do it badly. One thing I’ve noticed though. When I type, I’ll often get sort of a weird feeling that something’s wrong. If I go back and check, I’ll have made a mistake. My conscious focus was on the typing, and typing whatever phrase is next. But part of me is monitoring if I’m doing it correctly. It’s unconscious. And it gives me the weird feeling so that the mistake comes into consciousness, so I can fix it.

That’s a system, in which the unconscious mind brings relevant information up into consciousness, when it’s needed.

Let’s look at that for a bit.

If you were riding a horse, would it be best to control where each hoof goes, or to guide the horse generally, and allow the horse to make decisions about where each individual hoof goes? Well, general guidance is better in most situations. In fact, unless you get down off the horse, and lift and place each foot yourself, you can’t really even control the horse to that level of detail. Besides, everybody knows you don’t get down off a horse. You get down off a duck.

There are times when you take greater control, and hold the reins more tightly. And there are times where you guide, and let the horse figure out the best way. In general, the higher level of detail you have to use when guiding the horse, the less efficient the travel will be.

And so it is with the unconscious/conscious mind of the therapist when working with clients. If you have a good structure built inside, you can let the horse run, a good percentage of the time. And just like the mistake in typing or the temperature, or noise change, the unconscious mind will let you know when there’s something that needs to be noticed consciously.

But only if the conscious mind is not too deeply engaged with the ‘story’ being told.

States And The Therapist

So, what’s a good state to be in, when working with clients? Well, I’ve found uptime trance to be boffo! Uptime trance is simply an hypnotic trance in which you can talk, and function, pretty much like a normal person. As close to normal as we get, anyway 🙂

Uptime trance is a very information processing rich state — we can take a lot in, because our focus is not too keenly directed. And we allow the unconscious ‘good therapist’ structure our training has built to point out what we need to notice. We can always hone in consciously, and take care of something that needs conscious direction when we need to.

PS: There’s an uptime trance exercise here. Pop on over, if you would like to know the procedure.