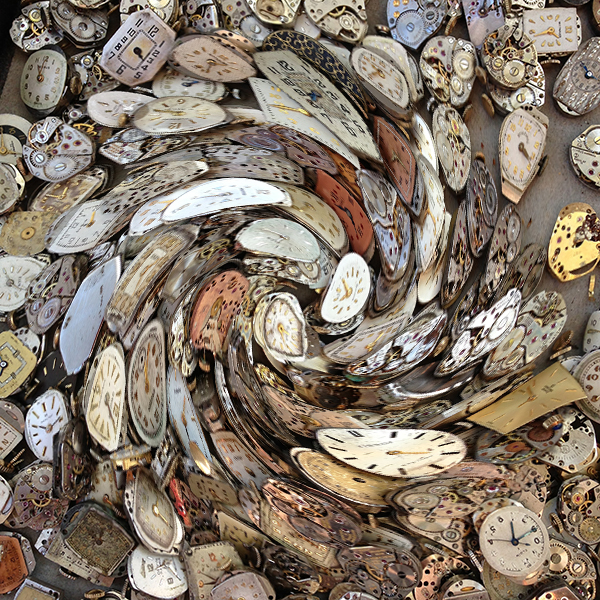 Why All These Crazy Hypnosis Theories & Techniques?

Why All These Crazy Hypnosis Theories & Techniques?

If you’ve been involved with hypnosis for long enough, you’ve seen some weird hypnosis theories yourself.  Or heard about a wonky technique that just didn’t quite make sense.

I once read an article in a hypnosis trade publication magazine about a technique. The author had discovered that each person she hypnotized had a computer punch card reader in their abdominal area.

If you don’t know what a punch card is, they were a way people used to input data and programming into computers. See the image above.

If the client wanted to stop biting their nails, you’d located punch card labeled “nail biting.” You told the client to rip up that punch card. Then, they were instructed to take a blank punch card and give it to the angel Michael. Michael would take care of new programming to take the place of the old.

Did this work? I’d bet it did! I’ve used a similar technique, which uses a book that ‘contains the problem’. The punch card, or book, is a metaphor for the problem.

But guess what? The person who wrote the article thought it was a literal description of what was going on, and she took all her clients down that path. She stated that she had never found a client that was missing this punch card reader and that she ‘wasn’t leading them’.

Well, seeing as how I’ve hypnotized a few people and never found a punch card reader or a punch card, I’d say she was wrong.

Besides cancelling my membership in the organization that published the article, I did something else. I thought.

Metaphor Can Be Powerful

A Pig In A Poke

My father told me a story about a pig. The pig was kept in a field that had a fence around it. A root of a large tree ran next to the fence, just at ground level. The pig would dig under the root and crawl out on the other side of the fence. It takes considerable time and effort to chase down and recapture a pig.

At first, they tried to pack the dirt under the root more tightly. But the pig dug through and escaped again.

Now sometimes I tell that story in a session. It gets an idea across. The idea is that you can’t keep trying old solutions that no longer work. Your mind grasps those metaphors. The difference is, when I tell that story, I understand that it’s an idea taking root — not a literal root growing in someone’s brain.

For me, it’s a lot of fun to laugh at people’s crazy theories in the field of hypnosis. Except, of course, it means a lot of people aren’t going to take us seriously.

With science, you’d do some experiments to see what really was helpful and what was added junk. For instance, you might change the punch cards to pamphlets. Instead of handing the new pamphlet to the angel Michael, you might hand it to Neil DeGrasse Tyson. You’d change one of these variables at a time and see if it changed the results. And you’d run the tests on large numbers of people.

If some of the other approaches worked just as well, you could reasonably conclude that there probably were not literal punch cards located in abdominal areas.

Plus, you’d compare the results to people who just sat in a room and got no treatment. A certain percentage of people will heal over time, or spontaneously. Your treatment should beat that standard.

We test drugs against a placebo for a similar reasons. The story that you’re taking a pill to cure something may be enough to cure you. If a drug doesn’t beat the story of a drug, the drug probably isn’t helping. Of course, the story isn’t as powerful if they know they may be taking a placebo.

But for the most part, we don’t have that with hypnosis and NLP.

So, here’s what sometimes happens…

Somebody comes up with a theory. Maybe it’s demonic possession, maybe it’s childhood trauma, maybe it’s ‘something that happened in a past life’, maybe it’s that they’re carrying an image that’s out-of-consciousness that needs to be swished.

We then tell the client a story about what’s wrong with them and perform some mumbo-jumbo to help them. If it helps, we use that to reinforce our belief that whatever our pet theory is, is true. But remember, it may be the story that’s healing them.

“Can’t You Leave Us Alone” Means, “My Pet Theories Probably Won’t Hold Up”

Now, when I bring up this point, almost invariably someone asks me why I care. “If the techniques work, why not just leave it alone?”

Because, if we want to get better as a field, we need to figure out what really works and what doesn’t. We need to know, as much as possible, how what we do helps people, in order to design more effective interventions.

Plus, we can get rid of the stuff that isn’t necessary — unless you still want to be talking about punch cards in fifty years.

So, my advice is, don’t take your theories so seriously. It’s a challenging place to be. Certainty is a powerful attractor. But not being sure will help us all in the long run. If your convictions can’t stand a little doubt, they’re not very strong, are they? Doubt a little — otherwise, you’re still digging under the root. And you’re stuck in the field, whether you know it or not.