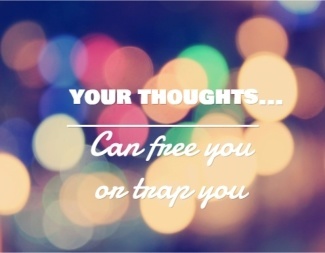 There are many ways to look at the world or a particular context or situation in the world. We call those viewpoints “frames of reference.” Some frames help us to accomplish our goals and live the kind of lives we want to live — and some  don’t. In this article, we’ll look at how some of those frames of reference, create distorted thinking — and what we can do about it.

As NLPers and hypnotherapists, it can be part of our job to ferret out those frames and help people have more empowering frames, when those frames are interfering with the client’s outcomes.

And one of the best things we can do for ourselves is to challenge frames that are getting in our own way.

Over the years, I’ve noticed patterns in troublesome frames. Here are some that I think bear challenging.

Insight As The Goal Of Therapy

Affecting both therapists and clients, this frame has caused a lot of harm. I’ve known people who have spent years in therapy to try to find out why they have problems. Some of them feel worse than when they started. Plus, if you do find something caused a problem, then what? Knowing, or having insight into an emotional issue does not necessarily make you feel any better or change how you behave.

As an example, I know lots of people who know how their phobias started, but still have the phobias! While insight can help you change, it doesn’t always. And you can change without insight. So, making insight the main goal of therapy is usually a very bad idea.

When potential clients contact me and talk about gaining insight or figuring out what happened to them, I ask them what purpose that would serve. If they say it will help them operate better in their current life, I ask if they’d be ok operating better even if they don’t gain insight.

If they say they just want to know, I explain that what I do is to help people feel and act more how they want to feel and act. While insight can be a part of sessions, it’s not the focus nor the goal. If they’re open to that, we can work together. If not, I’ll refer them to someone who is more insight-oriented.

It’s common lore that emotions are ‘bottled up’ and if repressed will eventually burst out. When someone ‘lets it all out’ they feel better. It’s called catharsis. The trouble is, there’s little evidence that the mind works this way. It’s distorted thinking! As an example, many people have re-lived their traumas over and over again in their minds. Why haven’t those bottled up emotions dispersed?

Catharsis can work in the right circumstances. If someone is experiencing an abreaction, I will often suggest that they’re letting the emotions out and that will result in healing. The combination of a highly emotional (and therefor suggestible) state along with the suggestion can work.

A related attitude is, ‘No pain, no gain.’ While it’s certainly true that effort is sometimes necessary, it’s not a good idea to have a belief that things must necessarily be difficult, time-consuming or painful for real progress to be made. ‘No pain, no gain’, is an example of distorted thinking.

I sometimes hear people saying, “I’ve had this problem for 30 years, it’s not going to go away overnight,” or “This is a huge problem in my life, it’s not going to disappear without a struggle.” While these beliefs may or may not be true, they’re not a good place to start. I always start with the idea that whatever problem I face might be quickly and easily solvable. That makes it easier to find those quick solutions when they exist.

This one has been a big problem for me, personally. I can get quite upset when I believe I’m being treated unfairly. But let’s face it; there is no objective, fair/unfair. I’ll give you an example. We live in, historically, one of the most affluent times in human history. Wouldn’t it be more “fair” if we didn’t? I ate salad yesterday. It would be fair if a salad got to eat me today. I don’t really want that. I accidentally stepped on a bug yesterday. Fairness would dictate my death today. None of us want real fairness. We only want fairness within strictly defined contexts.

We want fairness within contexts. If you pay $49.95 for a kitchen gadget and the gadget never arrives in the mail — we think of that as unfair. But if you expand the context…

Has there never been a time when you promised someone something and failed to deliver? Did you say you were going to get that report done by 10:30 and it took you until 12? So, don’t you “deserve” it when someone doesn’t live up to their promise? It’s only fair, right?

So, when you examine it, the concept of fairness is a human construct and there is no objective fairness. So, when it causes pain, when we’re upset because we’re not being treated fairly, wouldn’t it make sense to let it go? Yet many of us (I have to admit, sometimes I’m in this number) cling to our stories about being treated poorly, even though it makes us unhappy. And that’s not fair to both be treated poorly and to feel bad about it too.

I know. It’s a tough one. But it’s more productive to let go of the ‘distorted thinking’ notion of fairness and accept what has happened to us. Not condone it, but accept it as fact. And then move on to how we want to experience the rest of our lives.

That’s it for now,
Keith