What I Learned About Hypnosis, NLP & Life — From A Dog

What I Learned About Hypnosis, NLP & Life — From A Dog 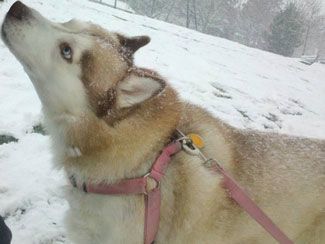 I’ve been thinking about a dog, Seanna. Seanna does some things very admirably and others, not so skillfully. It occurred to me that there were some good life lessons there. And they also apply to using hypnosis and NLP.

Here’s something I noticed when Seanna encounters an aggressive dog. For the most part, she doesn’t react. Another dog could come charging up at her, full-speed, barking loudly, and she wouldn’t bat an eye. I’m not suggesting that’s always the best choice but I’d like to have it as a choice.

And it brings to mind that one of the most powerful things you can do in life is to control your emotional state. You don’t have to go to every party you’re invited to. For instance, somebody can say something on Facebook, that’s meant to irk you. You don’t have to play along. In fact, any time you automatically react in a certain way in a certain situation, you’re subject to manipulation.

As we sometimes say in NLP — choice is better than no choice.

So, when you spot those patterns in your life, feel free to do an anchor collapse or belief change or some other technique or process to give yourself more choice.

And when you’re with clients, it’s good to have a rapport, but not so much that you go down the drain when they do, emotionally. If they’re in the midst of an abreaction because they’re reliving a traumatic event, your resourcefulness in maintaining your state can be the difference between a successful session and a disaster.

Honestly, Seanna isn’t the smartest dog in the world. But you know how dogs are. Whenever people are eating, she will sit nearby, looking pitiful and looking for a handout, or dropped food. The thought of failure doesn’t seem to enter her mind. And sure enough, every once-in-a-while, somebody gives in, or drops some food.

And in life, and in doing sessions, habit, persistence, and intent are powerful forces. Sometimes, being consistent is even better than being smart. Both are good, of course.

For instance, I noticed I sometimes didn’t give a good pre-induction talk before I did an induction. That lowered my success rate. So, I took some time and wrote out everything I thought should be included. Then I recorded it and played it for every client. Voila. A consistent, high-quality talk with better results.

And in our personal lives, a consistent effort, with the right intent and the right focus has nearly guaranteed results.

Don’t Let Your Weaknesses Stop You

Seanna has only one eye. She was born that way. But she doesn’t even know that she has a disability. She’s a dog. Yes, she sometimes bumps into things, but to her, it’s just the way it’s always been. As humans, we sometimes dwell on what’s wrong, or focus on our supposed weaknesses. How much more effective would we be if we spent our mental energy elsewhere?

When Seanna has something bad happen in her day, as soon as it’s over, she’s done with it. That’s something I could do better. As humans, we may be able to better learn from our mistakes, but we also can obsess over things. What should you do when something doesn’t go the way you’d hoped, either in a session, or in life? Think about what you’d do differently, program it in (with future-pacing) and let it go.