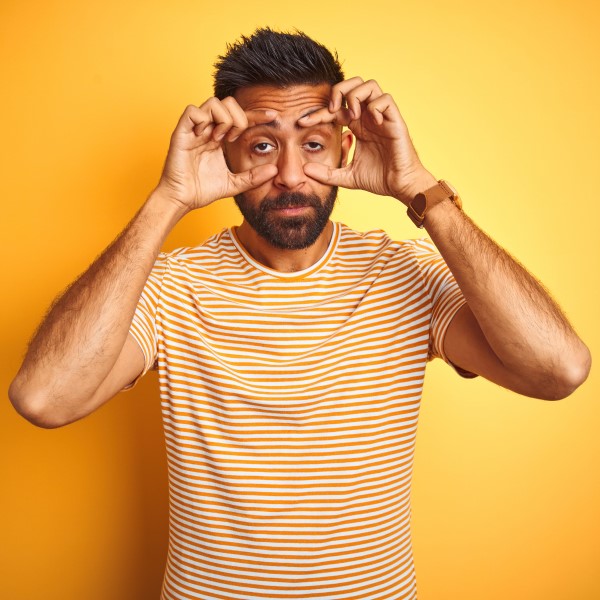 I was at a hypnosis seminar recently and the instructor was taking everyone through the Dave Elman induction. Early in that induction you go for catalepsy of the eyes. It goes something like, “Now, relax your eyes and the muscles around your eyes so completely that they won’t work. When you’ve got them so relaxed that they won’t work, test them and find that the harder you try to open them, the more they stay closed.”

The point is to get critical factor bypass. According to Elman’s theories, that helps get past the conscious mind.

You Can’t Make Me!

Well, I decided, rather than participate in the induction, I’d look around. One guy’s eyes popped open. He had a look on his face I interpreted as “See. My eyes don’t stay closed just ’cause you say so.”

My Mind Is Too Strong

It reminds me of a time I was doing a seminar in Sedona. We were doing kind of an instant induction thing where the hypnotist goes through set of steps and then blows on the hypnotee’s forehead. The person being hypnotized falls over backwards into this interesting REM state (usually).

I could see from across the room that one fellow being hypnotized was having problems with it. He would start to go over backwards and then catch himself (he had people behind him to catch him). I heard him say, “I guess my mind is too strong for this.”

I think you can probably guess why it was not working for him. He equated going into trance in this particular way with having a weak mind.

As for the guy whose eyes popped open–it may have been a similar issue. Some folks have a vested interest in not going into trance, not being able to visualize, not having NLP or hypnosis work for them or not getting over some issue.

For instance, some people have a strong sense of identity around their problems. While they might sincerely want to move forward, they might also have a fear of what might happen if they no longer formed their identities around being an abuse survivor or an accident victim or a sufferer of a disease.

Perhaps their situation gives them a way to be unique.

But If We Let Our Problems Define Us Then The Terrorists Have Won!

The point is that sometimes we run into folks who want to change and also have a motivation to not change. We meet those who want to be hypnotized and being hypnotized means something negative to them. We run into people who feel unique and special because they “can’t visualize” or “NLP just doesn’t work for me.”

If we want to make helping them easier, it’s good to answer all of their needs.

I got a chance to do an exercise with the guy whose eyes popped open. I led him through the first part of the Elman induction and changed the wording a bit. I emphasized that he was to maintain the relaxation in his eyes. As long as he maintained that relaxation, he would find that his eyes stayed closed. It worked.

As for the guy in Sedona, I threw one of the Sleight of Mouth patterns at him. I asked “Is your mind strong enough to let it happen?” He went down like a rock.