How To Firewalk In One Easy Lesson
12

How To Firewalk In One Easy Lesson

How To Firewalk In One Easy Lesson 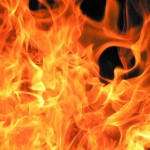 Firewalking is the practice of walking over hot embers–usually as some sort of rite of passage or test of faith. Firewalking has become a staple of many self-development seminars. It’s been used in religious ceremonies for ages and according to some, firewalking predates recorded history.

Many folks put firewalking forth as proof of the power of the mind. And it is… Just not in the way most people think!

Firewalking As A Metaphor

Firewalking is a powerful metaphor. Because firewalking seems like it would be impossible to do without getting burned, it’s a metaphor for all those things in our lives that seem impossible. When we blow past the mental limits we put on ourselves, when we overcome the limiting beliefs that are holding us back, we can accomplish so much more.

So, when we do the seemingly impossible, we recognize that other things we think are impossible may also be possible. Cool. Sign me up!

The problem is with the belief (in this case) that it’s the power of your mind that’s allowing you to walk on the hot coals. It’s not. It’s physics.

In case you think I’m wrong, let me ask you about something that happened to me the other day. I was reaching into the oven to get something out and the heel of my hand touched the metal oven rack for a moment. It hurt for a second or two but it wasn’t serious enough to burn me. It got me to thinking though…

The ‘Secret” To Healing

I remember reading, several years ago, an article in a hypnosis organization’s magazine. The hypnotherapist who wrote it claimed that when hypnotizing people she discovered each individual had a computer punch card reader in their abdominal area. There were a bunch of punch cards to go with it.

All you had to do to heal the client was rip up the punch card that had the problem. In other words, if the client smoked, they had a punch card labled “smoking.” You instructed the client to rip up that punch card and then take a blank punch card and give it to the angel Michael (if I remember the details correctly). Michael would write you new programming to take the place of the old.

Now, is this an effective metaphor for healing? I’d bet it is–especially for certain clients. Is it a literal description of people’s abdomens? I don’t think so. But this woman believed it was. She stated that she found this mechanism in EVERY client she worked with and that she wasn’t leading them. On the other hand, I’ve found this mechanism in exactly zero clients.

I dumped that professional organization and their magazine shortly thereafter.

If You Can’t Take The Heat…

If your oven is heated to 425 degrees, how hot is the air in the oven? Why doesn’t it burn you? The answer is that the air is just as hot as the metal rack in your oven. It doesn’t burn you because air is not a very good conductor of heat. Neither are the burning coals you walk on during a firewalk. That’s why they don’t burn you. If someone claims otherwise they may not understand what’s going on–or perhaps they’re deliberately deceiving you.

Again, doing a firewalk can be a powerful metaphor. It can help your mind integrate the idea that things that seem inpossible can be possible. That’s the way many of our problems are–they seem like they have no solution–until we shift our perspective.

Remember though, you’re not changing the laws of physics with the power of your mind.

PS: I’m not suggesting you go out and try to build a fire pit and walk on it yourself. It takes a lot of expertise to build a fire walk so that the hot material has low heat conductivity. Don’t try it!