Giving Up: Beliefs and How They Can Stop Us 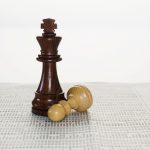 Recently, I saw a man give up. He didn’t need to but he’d convinced himself he wasn’t making any progress. The culprit–a belief he’d built.

It reminded me of a friend of mine–an American–that I knew when I lived in Russia. One day, we were talking about learning the language and he made a confession. He told me he was having a lot of problems learning Russian and there was a reason…

You see, although he was well educated and intelligent, he’d never learned the parts of speech. He explained that he’d been to an alternative school that didn’t believe in teaching grammar. Whenever people talked about nouns and verbs, adjectives and adverbs, it was over his head. Over the years, he became more and more intimidated by his lack of knowledge. Parts of speech were mysterious, unobtainable and beyond him.

Then, when he started to try to learn Russian, when they textbooks referred to nouns and verbs, he threw up his hands and gave up. He told me he thought he’d never learn it.

His belief created in him a block. The self-suggestions went something like, “I’ll never learn this.” The unconscious belief that supported it was “because I never learned the parts of speech.”

Beliefs, good and bad, are often on that format. In NLP, we call them complex equivalences and cause and effects linkages. The beliefs are in equation form. X means Y, or X causes Y.

So, I took 15 minutes and taught my friend the parts of speech he needed to know. A noun is a person, place or thing, a verb is an action word, an adjective describes a noun and an adverb describes a verb. That’s about the level of understanding he needed. That, plus a few examples of each was all it took.

Can you imagine? All those years of feeling inferior for want of 15 minutes of education!

But he thought it was a MUCH bigger deal. In his mind, not knowing the parts of speech was an almost insurmountable obstacle that could not be overcome because, once you missed your chance to learn it, it was gone. In fact, his mental block was so bad, I had to trick him a little bit to teach him (reminds me of a story about Erickson teaching a woman to read without letting her know he was teaching her).

Doesn’t it seem that it’s often the way it is? People have mental blocks that may seem small to us but they’ve made a big deal of it? Well, guess what? Our excuses are the same! Wherever we have areas in our lives where we are not as successful as we’d like–we often find negative beliefs.

How do you find them? Look for areas in your life where you’ve faced repeated challenges. Look for the “why” behind why you think you can’t succeed. Find out that belief and then ask yourself…

What if it wasn’t true?