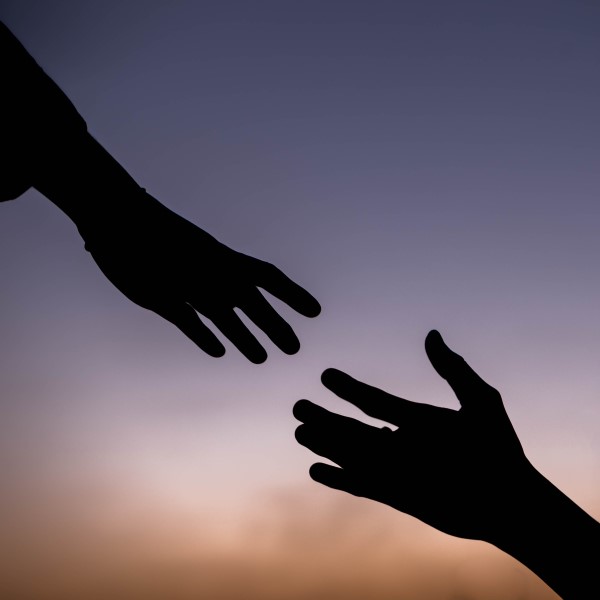 Do You Want to Help People? 5 Things That Will Make You Better At Helping.

Do You Want to Help People? 5 Things That Will Make You Better At Helping.

Most of us get into the fields of hypnotherapy and NLP to help people. Yet, some are more effective than others, even though they take the same hypnosis or NLP course.

Across the board, some attributes make some people more effective at helping people.

These attributes are not about someone’s level of education or having a lot of experience. In fact, they are much more important to the success of a people-helper than education or experience!

Science has shown us consistently what those attributes are. Are these components of effective therapy taught in school to psychotherapists or hypnotherapists? No! There is a mistaken assumption that these attributes are inherent in some people and not in others; that some people are just born with these abilities.

Explore the attributes of effective people-helping, how to magnify them in yourself and how to weave them in to your work using hypnosis.

The 5 Elements of Being A More Effective People Helper

The principles of effective people-helping operate mostly out of our conscious awareness. That is, they create a critical factor bypass. In effect, they are what is called “waking hypnosis,” hypnosis with the eyes open and without an awareness of trance. Wouldn’t it be good to know how to learn to use them for the good of people you hypnotize?

A shared world view has been shown to be highly important in getting good results. Let’s look at psychotherapy to find out about this phenomenon. Studies of cross-cultural psychotherapies have shown dismal results. A western psychiatrist is going to have a difficult time working with a Maori tribesman. If a culture has a belief that mental problems are caused by demonic possession, talking to them about traumatic childhood experiences is unlikely to produce any change (or vice versa).

Is there a way you can communicate cross-culturally, create a more shared world view and minimize any differences in world view?  Yes; in a word – rapport. See last month’s column for more on rapport.

Truax & Carkhuff found that therapists who have rapport with their clients consistently get better client outcomes.

Example: Forty psychoneurotic outpatients showed a 90 % improvement rate for therapists who provided high levels of empathy, warmth and genuineness and a 50% improvement rate when those qualities were present in low levels.

L. Luiborsky et al., state that “The major agent of effective psychotherapy is the personality of the therapist, particularly to form a warm, supportive relationship…. The therapist’s ability to form an alliance is possibly the most crucial determinate of his effectiveness.”

You see, many studies that indicate that a major factor in what level and quality of change you are able to help the client achieve is the level of rapport you can generate with them. The same goes for stage hypnosis or hypnosis for fun; the more rapport you have the easier it is.

The effect of patient expectations on the efficacy of drugs can shed some light on how client expectations can affect the results of hypnosis. It has been noted since at least the early 1800’s that when new drugs come out they are particularly effective and their effectiveness tends to drop off when they are not the “latest and greatest” anymore.

A review of studies concerning this phenomenon concluded that “at least 50% of the effect of any drug that influences patients’ subjective states is due to the physicians’ expectations as transmitted to the patient.”  Another way of looking at it would be that sending a congruent message to the patient that they will improve (and quickly) alone, is as effective as the action of many drugs!

How To Maximize Your People-Helping Skills

First and foremost, use your rapport skills. Rapport plays a major role in the two most important factors in successful therapy. Rapport increases the level of shared world-view in a number of ways. When you match a subject’s physiology, you more closely match their neurology too. People in similar postures fire off similar patterns of neurons; they think more alike. Any similarities you can muster will increase the feeling of a shared world-view. Use the subject’s language and tonality back to them. Any time that you paraphrase what a subject says, you run the risk of creating that “lack of shared world view” feeling.

Do your best to work within the subject’s world model. Don’t contradict a subject’s belief system unless that belief system is getting in the way of them getting the change they want. If you do need some wiggle room in changing subject beliefs, make sure you have rapport. So, what do you do if you don’t believe in past lives but you have a subject that believes their problem is in a past life?  Well, you have three choices. Refer them to someone else, work with them using past life regression or try to change their belief system. Which one do you think will be most effective?

If you were meeting a hypnotist and had to judge them without being hypnotized, how would you decide if they were competent?  If a subject judges you as competent it can raise their expectations dramatically. Here are some suggestions. Some of these are appropriate only if you are a hypnotherapist, others work for those that just have fun with hypnosis.

Do things while your subject is in trance to increase expectations. Test them and congratulate them when they pass. Give positive feedback when they accomplish a task (remember the positive reinforcement technique). When you give your subject an undeniable experience of hypnosis, it increases their expectations of success. The subject begins to think, “well, I’m hypnotized; maybe this stuff is going to work!”

That’s it for this Hypnosis Tip.