How To Never Give Up

How To Never Give Up 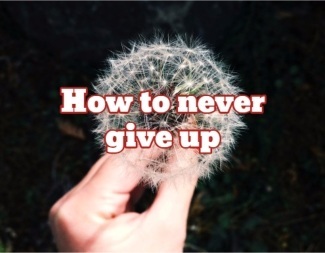 Milton Erickson would often use regression when working with folks. But it often wasn’t run-of-the-mill, ‘back to a traumatic incident’ regression. Sometime he’d regress people back to being a child, in general. Why? Well, there were a number of reasons. One was, to help folks ‘never give up’.

A lot of Erickson’s work had to do with ‘depotentiating conscious mindsets.’ What does that mean? It means that, as a hypnotherapist, your goal is to is to get people out of their current patterns and into more resourceful patterns. And in order to do that, it’s often useful to get them to a place where they’re willing to let go of what’s currently happening in their mind.

Let me put it this way…

Stuck In An Attitude?

Have you ever argued with someone who just won’t listen to reason? The harder you fight, the deeper they dig in. In many cases, the more you attack a belief, the stronger that belief becomes. Well, that’s a problem for a hypnotherapist; especially when that belief is the very thing that’s keeping the client from easily changing.

Wouldn’t it be nice if you could just take a client back to a time when they didn’t have that belief formed yet? Or how about a time when they were more open-minded and ready to learn? Well, regression to childhood can accomplish those things.

But there is another reason regression to early times can be useful.

We All Have The Experiences Of Resolve & Dedication

Have you ever heard of a physically healthy child that didn’t learn to walk because they gave up? Think about it. The vast majority of us learned to walk, even though we “failed” hundreds of times. Even though a child may become frustrated and give up for a few moments, there really is little thought of failure. They just get up and try again. And again. And again. Until they get it.

And for those who never learned to walk, language is much the same way.

And learning language, walking, and a host of other things is a valuable resource to a hypnotherapist. We can remind our clients that they’ve had those experiences and so they know what it is to persevere (even if we don’t regress them). We can link doing what we need to do to reach our goals to that drive, that resolve, that unquestioning, powerful, action-oriented way we all had when achieving the goals of walking and talking.

Check out Part II of How To Never Give Up