Hypnosis Degrees: What You Need To Know
8

Hypnosis Degrees: What You Need To Know 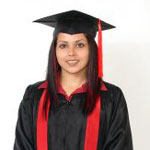 There are lots of people in the industry who claim masters degrees or even Ph.D.s in hypnotherapy. What gives? Are these legitimate credentials?

In order to figure this out, we’ve got to explore a bit about what the following terms mean…

Many people get various forms of credentialing mixed up. I don’t blame them–it’s confusing. You may think a licensed school is the same as an accredited school. Or that getting a diploma is the same as getting a license. You might believe that getting certified in hypnosis or hypnotherapy means some sort of governmental stamp of approval and right to practice. No, to all  of those. Let’s look at accreditation first.

Find me a hypnotherapy degree from a regionally accredited institution. Can’t? Maybe there aren’t any!

So, when someone tells you they have a degree in hypnotherapy, the first question to ask is where they got their degree. Second, ask who accredits that institution. Is it a regional accrediting agency? If not, you probably shouldn’t be equating that with a degree earned at a state school (University of Washington, for instance).

The problem is, many people with credentials in hypnosis present their degrees as of they are the same as degrees from regionally accredited schools. That seems disingenuous to me. Either that or they don’t know the difference themselves.

I know one person who has a Masters in metaphysical studies (or something like that). When I looked into that school, I found what I would consider smoke and mirrors. On the “university” web site I found all sorts of references to organizations, including the United Nations! Nothing solid about accreditation that I could find. And the country in which it was located is famous for diploma mills.

I’d guess she thinks she has a legitimate degree–but I don’t think she does. And she has the title Ph.D. on all her books, promo material etc. I think one day that may come back to haunt her.

Now, the argument could be made that since there aren’t programs available at the regionally accredited schools, you have to go elsewhere. I think that’s a valid point, as long as you’re up front with people about where you got your degree and who accredits that institution.

Other Forms Of Accreditation

We went through a long and arduous process designed to get us to meet regional standards. That’s how I know a lot of what I know about accreditation and what it means.

There are religious educational institutions that have theological accreditation. They are accredited by an organization that accredits religious schools. Again, they don’t need to meet the same standards as regionally accredited schools.

I know some folks in the biz with Ph.Ds (Doctor of Divinity) from theological institutes too.

Licensure Vs Accreditation Vs Licensure

Look at it this way. Just because you graduate from Harvard Law School doesn’t mean you can practice law. You still have to pass the bar.

With hypnosis, in most places, you’re not required to pass a test or be licensed in order to practice hypnosis. Or certified, for that matter. So, a state licensed school means they meet the rules the state lays down for operating a school.

Some areas require you to register. Registration is typically not a credential–it just means you’re on file.

Is A Non-Regionally Accredited Degree Bogus?

Not necessarily. There are many reasons a school may choose to forgo accreditation. And just because a school is unaccredited doesn’t mean they have a low quality program. What chaps my hide though is when people present their qualifications as if they’re the same as those from regionally accredited institutions.

It may even be illegal! In some states, it’s against the law to advertise an advanced degree unless it’s from an accredited school.

There’s one guy locally who claims a Ph.D. and if you press him, he’ll tell you where he got it. His Masters is from an unaccredited school and his PhD is from a nationally accredited school. That accrediting agency seems to oversee a lot of massage and dental assistant schools. That’s different than what most people think of when they hear about a doctorate degree. I think people should know that, don’t you?

I will say this…

PS: Personally, after years of looking for what I thought might be a legitimate degree, and after teaching at a nationally accredited vocational school, I came to the following conclusions.

PPS: There are, of course, hypnotists who have legitimate doctorates in other fields that call themselves doctor. Of course, they should let you know what field!

PPPS: FYI, I have a Bachelor of Science degree with concentrations in sociology and psychology, from Regents College (Of the University of the Sate of New York – now Excelsior College). It’s regionally accredited. Cum Laude (with honors), if you must know. While there were snippets in my studies of both psychology and sociology that I find useful for NLP and hypnosis, in the main, I’d say the degree has not been of much practical use for me in this field. I believe I have gotten much more value from studying hypnosis and NLP directly and would have been fine skipping the degree.