What’s The Difference Between Hypnosis & NLP?
18

What’s The Difference Between Hypnosis & NLP?

I dunno. I get that question a lot. It’s something like asking, “What’s the difference between east and left?” First of all, neither hypnosis nor NLP can be defined easily in a way everyone agrees on. Secondly, there are a lot of different ways of looking at either hypnosis or NLP. I’ve seen a lot of definitions of both and frankly, no definition I’ve seen seems to fully capture what either of them means. Defining either of these is a lot like defining love. I mean, there are all kinds of love, with all kinds of behaviors attached. You may love a painting or a song differently than you love a person. You love a child differently than that nice outfit you love. Hypnosis means different things to different people in different situations. Folks use NLP for different things and in different ways. 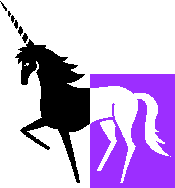 So let’s start with the purposes of Hypnosis and NLP. Maybe that will help. In my biz, NLP and hypnosis are both used to help folks get what they want. Since most people have already consciously tried to get what they want before they come to see us, we can surmise they need help with processes that either are out of their consciousness or that they are aware of but can’t change (like habits). As the programming that runs habits runs unconsciously too, it seems it’s all about getting to the unconscious and doing the reprogramming there. OK, cool.

How Does NLP Work?

Here’s one way of looking at it. NLP techniques sometimes use a fair amount of conscious participation to work with the unconscious. Let’s look at an NLP visual swish pattern as an example. With a visual swish, we might first find an image that is triggering a “bad” feeling in a client. The client is unlikely to be consciously aware of that image before we get them to recognize it. We then take them consciously through the steps of the swish, having them create a resource image, shrink it down, swish etc. We do this until whenever the client thinks about the situation that’s been bothering them, they automatically get the new image and a new feeling to go along with it! So, we’ve used conscious participation to get at and change an unconscious pattern. We can do this with a swish pattern because we understand the mechanics of the way pictures affect feelings.

And What About Hypnosis?

With simple, direct suggestion hypnosis we would work differently. We might guide the client into trance and suggest that from now on, when in the situation that used to give them a bad feeling, they feel confident and resourceful. Or we might do a regression technique to get them back to where it all started and reprocess that event so they’ll feel better about it. Or, we could use a metaphor such as a library. The client could enter the library, locate a book that contains everything about that particular problem, learn what is valuable from having had that problem, and throw the book away–thus removing everything related to that old problem. A new book appears, with a different title–full of resources! You can use whatever metaphor works for the client. Hell, your metaphor could be that healing unicorns from the planet ZubZub come down and exude healing balm from their magical sphincters. Whatever works.

The end result (pardon the pun) is interesting to look at from a process point of view. If successful, it means that the client’s feelings/behaviors change. If you examine the internal processes the client goes through now to produce the new feelings, you’ll find out their internal imagery has shifted. Just like using the swish pattern shifted the internal imagery. You’ve got to get those internal thoughts to shift, either way. In fact, you can’t change the feelings without changing the internal representations. With the NLP swish pattern, you can do it directly, almost mechanically. You’re working directly in the coding system of the brain. With hypnosis, you’re often telling the unconscious what to do and leaving the how to do it out. When it works, it means the unconscious figured it out.

Good. Now that we’ve got that straightened out, let’s confuse it.

If you had a question about the differences between Hypnosis and NLP, I hope I haven’t answered it. Really. For me anyway, thinking about how they both work has been profoundly useful. I plan to continue to think about it. It helps me be a better NLPer/Hypnotherapist.