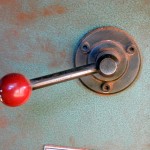 I was talking to a guy on the phone today. He wanted some help with shyness. He had called to ask me if my hypnotic language stuff could help him. He said he wanted to be able to elicit emotional states in folks when he talked to them.

That’s a cool skill. I mean, everybody has it–but to be able to deliberately help someone get to a joyful state, for instance–fun.

Looking For The Outside To Change The Inside

What does the process in the mind that comes up with this strategy look like? It goes something like…

“I really wish I could talk to that person and get them to light up, but I don’t feel confident enough to talk to them. I bet hypnotic language will help me do that. Maybe I’ll buy a program on it!”

People are often looking for something on the outside to change the feeling they have on the inside. Sometimes it works. But in my experience, it’s a lot faster and better the other way around.

Change The Way You Feel And Your Results Will Change

If he had confidence when he thought about talking to people, then he’d just do it. He might do it well, he might do it poorly, but he’d do it. The leverage point is the thoughts immediately leading up to his decision about whether or not to talk to people, and the feelings those thoughts create.

If you’re working on yourself or with a client and you are working right at that point in time where the decisions are made, there’s a good chance you’re not getting the maximum leverage on the problem.

Change the feelings at that decision point and you change the behavior.

But most people seek to change those feelings by…

Searching For What To Do

About 98% of the advice out there on personal growth suggests what to do. And in some cases, it’s useful. If you want to be more organized for instance, it might help to buy an organizer and start writing your tasks down.

But the chances are, if you’re not currently organized well, there’s a feeling that’s stopping you. Many messy folks feel overwhelmed when they think about getting organized. If they didn’t have that feeling, they’d have a lot better shot at being successful. I’ll go so far as to say that buying an organizer will only be successful to the extent that it gets rid of that feeling!

In other words, if the feeling of overwhelm doesn’t change, the problem probably won’t either–no matter how many organizers you buy.

Many other problems in people’s lives are the same way. It’s a feeling that stops success. A different feeling would help them achieve success.

Have fun with it.

What About What To Do?

After you’ve got the emotions/behavior built in and integrated, you can always build skill.

If you get the emotions lined up and you still don’t have success, you might need some specific advice on what to do. Luckily, it’s a dime-a-dozen. Just buy a book or read Dear Abby.