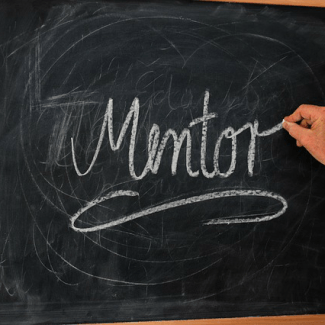 The best hypnotherapist and NLP master practitioner I know, had a different path than most hypnotherapists I meet. And I think her path, and the way she was mentored are part of the reason for her success. Let’s talk about how she got so good, and what you can do to to use the same principles she used to boost your own level of skill.

Her first exposure to hypnosis and NLP techniques was a session that obliterated a debilitating condition that she’d been trying to overcome for a long period of time. Hypnosis was a last resort. In one session, she was essentially cured.

Now, think for a moment, about what that did for her, in terms of how she feels about doing sessions for others. You don’t need the life-changing experience with NLP or hypnosis in order to be good at it. But it’s good to have the congruence that goes with it.

What that session gave her was congruence. When she works with a client, she knows it can have dramatic, positive results.

Now, I’ve heard people in the field say that, in order to have success working with people, you’ve got to believe in hypnosis and NLP yourself. That’s a limiting belief I don’t accept. But I will say, belief helps! When your voice, and body language show that you believe in what you’re doing, your clients may pick that up, and build more belief themselves. That helps in a variety of ways.

So, how do you build congruence?

I’ll go into greater detail in a moment about how to follow these guidelines.

She then went on to study with the practitioner that had helped her. He became her mentor, and they focused on strategy, rather than the content of the sessions. They would watch videos of his sessions. At key points during the videos, her mentor would stop the video and ask, “What would you do here? What’s your next move?” And they would talk strategy.

In short, they were strategy sessions.

She got to see multiple examples of her mentor in action. And she would notice that, at certain times during sessions, he might make outlandish comments. As they talked about why, she discovered that this was part of his process of reframing negative beliefs.

Now, had she been focused on this issue, rather than the process, she might not have understood. She might have thought, “This comment will work for hair pulling.” But that’s not what it was about.

It doesn’t matter if the presenting problem is hair pulling, or childhood trauma, there are certain strategies that are useful in certain broad situations. For instance, reframing is often useful when a client has a negative belief that may interfere with progress. Again, it’s not so important whether the negative belief is about stopping smoking, or playing the violin better. And that’s what the outlandish comments were about.

And the same pattern held for other techniques.

Her mentorship was often about high-level strategy, and not about specific issues.

These are major pieces that are missing from most trainings. Let’s face it; if you’re taking a training with 30 people in it, the instructor has very little time to supervise and comment on what you are doing. Heck, even 8 people divide up the instructor’s time a lot. And most of that time is typically devoted to delivering information rather than supervising student sessions and giving feedback.

And I think a lot of trainings are issue based, rather than high-level strategy. My evidence? Every professional hypnosis forum I go into has people saying, “I’ve got a client coming in next week with _________ (fill in an issue). How do I work with it?” If trainings were better at teaching process as opposed to content, you wouldn’t have as many of those questions.

What Can You Do?

One of the things beginners often ask me is whether or not a particular program or training will teach them “everything about hypnosis/NLP”. I always answer no (obviously). No book, program, or training will teach you everything about any subject. I think this attitude is born from one basic misunderstanding. There is not a finite level of knowledge and skill that you gain, and then you’re done. NLP and hypnosis are lifelong learning projects. You can always get better, and you should.

The question is, how.

And one good answer to that question, is to get strategic feedback on your skills and knowledge.

So, two major factors I see in getting more skilled are developing congruence, and high-level strategic thinking. Here are some suggestions on how to get more of both . . .

Do Self-Hypnosis, Work On Your Own Issues (Or Have Them Worked On For You)

Many of them have approached me in private and told me they’ve never experienced hypnosis themselves, or gotten results from an NLP intervention, or maybe they thought they couldn’t visualize. Or maybe they had a limiting belief. Whatever it was, they never had a personal experience of the techniques working for them. This is less than ideal.

Get Feedback On Your Work

Is there a practitioner that you trust, who gets results, and who can think strategically? If you know that person, you can work out a deal with them. Ideally, you would intern with that person. They might review your sessions and give you feedback on your skills and suggest ways to improve.

If you have the time and money for a full  mentoring arrangement, it’s the best and the fastest way to get more skill.

Keep in mind, some people work largely unconsciously, and may be highly skilled, but unable to tell you how they do what they do, or may be unaware of how they do it.

Next on the list would be a mentoring/coaching arrangement. That would be regular sessions with a mentor/coach. The mentor would review session recordings and give you feedback and assignments to improve your skills. If the things I say resonate with you, and you trust my judgement and skill level, I’ve just opened up a mentorship program with just a few spots available. Check out the mentoring program.

Next on the list would be a trade agreement with someone who will trade with you. You can give them feedback, and they can give you feedback. Make sure they are someone who can think and talk strategically about technique, and at the process level, as opposed to the issue level.

To your success!
Keith