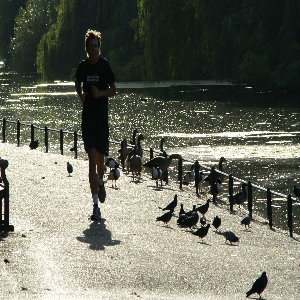 In 1927, while sitting in a cafe’ in Vienna, Russian psychologist Bluma Zeigarnik (and her professor) noticed something interesting…

Waiters could much more easily recall orders that were yet to be completed. Once the orders were served and paid for, the wait staff forgot them. It was almost as if their memories had a “done” switch. Once the item was completed, it was mentally checked off the list and dropped from conscious memory.

Zeigarnik went back to her lab to find out more…

We’ll explore that further in a bit but first, what does that have to do with NLP & hypnosis?

In NLP and hypnosis, we sometimes want to create amnesia for something. Why? Well, sometimes the best suggestions are for things that happen automatically — without needing conscious awareness. That’s the way habits are, right? You don’t have to think about them — they’re habits. They often occur automatically, without conscious thought.

So sometimes we want to have suggestions but have no conscious awareness and/or memory for the suggestions. We can create amnesia for a suggestion so that it goes in the “automatically do it” category of the brain — not the “let me think about it” category. Or, we can give a suggestion that’s out of consciousness in the first place.

How Do You Do Both?

The Zeigarnik Effect is the tendency for us humans to comparatively remember uncompleted things better than completed things. Put another way, we tend to forget things we mentally mark as completed.

But Zeigarnik’s studies (yes, she took this idea back to the lab and studied it) have been difficult for others to replicate. Could it be there’s a missing factor that we don’t fully understand?

Well, while a person is in the midst of an uncompleted event, two things are often going on…

But here’s the caveat. This works waaaaay better when a person is motivated emotionally to get through the completed event. That could be the missing factor — engagement. Luckily, in the right context, the Zeigarnik Effect contains built in motivation. Think about it. Have you ever watched a competitive baseball or football game down to almost the last bit and then been interrupted? If you’re into the game, you really want to see the end of it, don’t you?

But be warned, if a person gets “teased” too much without a feeling of finality, they won’t care anymore. Or if they’re not engaged in the first place.

Again, how does that relate to NLP & hypnosis, you ask?

Metaphor As An Uncompleted Event

It’s time for some real-world examples. Did you ever watch “Lost” or “How I Met Your Mother”? Or episodes of any continuing serial? Do you know what the term “cliffhanger means? Well, scriptwriters and other storytellers have been using the built-in motivation people have for completion for years.

How? They get us engaged in the story and with the characters and then put them in a highly emotional situation and end it before we find out how it turns out. We have to tune in next week to see!

So metaphor (a story) can become the uncompleted event.

But where does the amnesia come in?

Metaphor, Amnesia And The Zeigarnik Effect

It turns out that engaging stories are one way to potentially create amnesia, if you do it well. How do you do it? You stop the story in the middle and move on to another subject. The story you tell will be the uncompleted event on which the conscious mind will focus.

Meanwhile, the listeners may be distracted and not paying as close attention consciously to what you’re saying. They’ll be wondering about the incomplete story. Then, when you come back and finish the story, the mind marks the entire piece as “done” and it tends to drop some from conscious memory. Especially the parts in the middle that weren’t the story!

You can start and stop a few stories and bury content deep within the center of the stories for greater amnesia.

Bluma Zeigarnik found that we tend to remember better what we have not completed. Now, we’ve turned that around and said, we may better forget what we’ve completed. And when we bury our messages inside an uncompleted story — and then complete the story, we may get nice, out-of-consciousness suggestions.

Balloons and Other Wisdom