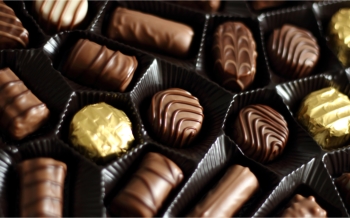 A friend of mine was given a fair amount of chocolate and decided to run a fun experiment with it. She works in an office building, so she put the chocolate out in a bowl. She put a sign above the bowl that said, “New Year’s Resolution Test”. She came back in 15 minutes and it was all gone.

Hmmm. What does that say about people?

Well, since we don’t know why those people grabbed the chocolate or what their resolutions were, we can’t draw any concrete conclusions but based on experience, I can tell you some interesting things about the way people work. We can use those learnings to help change habits. Here are a few things I’ve learned…

Let’s take them one at a time.

Surprise temptation or temptation in an unusual context or situation can be difficult to resist. I remember a smoking cessation client I had many years ago. He didn’t smoke for about 6 months, then he fell off the wagon. He was doing fine at home but then he went on a business trip. In another city, he was sitting in a bar with his business buddies and they were all smoking. The social pressure got to him. He wanted to be one of the guys. He lit up.

Milton Erickson once had a client whose problem returned when she got pregnant.

As hypnosis and NLP practitioners, we can’t foresee every possible circumstance. For my smoker, he had never mentioned the social aspect of smoking. It wasn’t the typical reason he smoked. Because he never brought it up in the sessions and I never dug deep enough to find it, it bit him.

What can you learn for your own personal growth and change?

One of the biggest mistakes I see professionals make is all-or-none thinking. We think that, because we hypnotize people for a living, we should be able to solve all of our own problems with the wave of a hand. Well, sometimes we can. There are other times where we’re human. Personal change is more like riding a bicycle. When your bicycle gets a little bit off track you don’t jump off and give up. You steer it back on course. It’s NLP’s feedback vs. failure.

When you’ve decided you’re going to change your eating habits and it all goes haywire when you got the flu, that’s feedback. You didn’t have a solution for that situation. Come up with one, future pace it. But don’t throw the rest out the window. Instead, take the attitude that you had most of it worked out and now that you know what to do when you have the flu, it should be even stronger.

No One Is Watching

Some people may do things when no one is watching that they wouldn’t do otherwise. If you or a client is that way, use language that uses that internal motivating structure. With these folks, it can help for them to make commitments and promises to others and report their progress. “Hey Facebook friends. I’ve committed to stop smoking on August 1st. I’ll report my progress every day.”

That way, if they’re tempted by a surprise cigarette (or bowl of candy), they’ll know they have to report it. That way, you have someone watching, even when no one is watching!

Other folks are more motivated by their internal sense of commitment than what other people might think. In those cases, your suggestions can include that motivation. “When you see candy you immediately remember the commitment you made to yourself and feel an inner sense of pride as you make the healthy choice.”

The same goes for you too. You can figure out that meta program in you (internal or external frame of reference) and use language that motivates you.

The Format Of New Year’s Resolutions

Many New Year’s resolutions don’t stick because they haven’t been put in the format that motivates the unconscious mind and removes resistance.

By one week, 1/4 of people have dropped their resolutions. Less than half have kept them at 6 months. Why? Well there are a variety of reasons. Here’s my favorite…

They don’t well-form their goal.

What is well-forming a goal? Well, NLP has a set of guidelines that if followed, mean that the unconscious mind is much more likely to be on board with your goal. Of course, that’s key. As an example, well-forming a goal means that you’ll state it in the positive. You say, “I am neat and organized” as opposed to “I don’t want to be a lazy slob.” The unconscious tends to picture what it is we say and move toward those images. It’s harder to picture a negative and if you do, it’s often the wrong idea (“Don’t think of a pink elephant” makes most people think of a pink elephant.) So, it’s a good idea to state what you want rather than what you don’t want.

But in my mind, the #1 reason that people don’t stay with their New Year’s resolution is this. They don’t maintain the benefits of the current behavior. Now, what does that mean? It means that we all get something out of the way things are. Whatever that benefit is, we need to include it in the resolution.

The Road To Hell Is Paved With An NLP Presupposition

One of the presuppositions of NLP is that every behavior has a positive intention. In other words a person is trying to get something, they have a motivation for everything they do. A person might smoke because they want to relax. They might bite their nails to try to avoid anxiety. A cruel person might be cruel to get a feeling of power (they might feel powerless and want to avoid it). While we may object to the behaviors (smoking, nail biting or being cruel), we may not have an objection to the positive intent behind the behaviors (relaxing and avoiding feelings of anxiety and powerlessness).

So, if any person wants to change a behavior, recognize they’re getting something  out of the way it is now. Let’s take the bowl of chocolate goodies as an example. Why might someone who was on a no-chocolate diet get out of digging in? Maybe they’d get a sense of being mischievous and getting away with something. Maybe it’s pure enjoyment and a feeling that they’re worth something, so they’re treating themselves to something special. Maybe their mom gave them chocolate when they got good grades in school and it engenders feelings of being loved and pride. It’s going to be different for each person.

Here’s the problem. The part of them that wants to feel pride, love or enjoyment is going to want that chocolate unless…

You Take The Good (Feelings) From The Bad (Behavior)

You include those good feelings in the goal behavior, as well! Fortunately, feelings are easy to hook up to things hypnotically. I mean, if good feelings can get attached to cigarettes, you can attach good feelings to anything! It can be as simple as saying, “And as you pass that bowl of chocolate by, immense feelings of pride and enjoyment flow through every cell of your being, knowing that you’re accomplishing your goal.” If you know NLP and anchoring or building a 4-tuple or time lines (or any of the ways of getting feelings), you can use those techniques to attach the positive intent of the old behavior to the new.

And that, my friends, eliminates the biggest reason people don’t stick with their goals.

PS: If you’d like to discover more about how the NLP well-formedness conditions can help you (or your clients) reach goals, visit, Setting Goals With NLP Well-formed outcomes in NLP & Ericksonian Hypnotherapy.