An NLP Secret For Fast Results

An NLP Secret For Fast Results 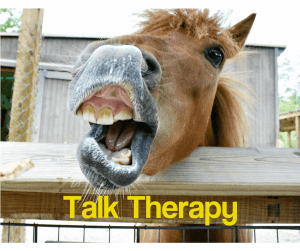 Process vs. Content: An NLP Secret For Fast Results

Many people, when they think of therapy, think of lying on a couch, telling a therapist their problems. Maybe they’re talking about how their mother didn’t love them enough and that’s why they have an intimacy problem. The therapist nods wisely and says “And how does that make you feel…”

NLPers sometimes call this kind of therapy “talk therapy.” The focus of talk therapy can be catharsis through expressing yourself–and insight. Both of those things are valuable. Sometimes, it helps to have someone to talk to. Someone you can express yourself to and get it all out. And insight into your life’s problems can be profound. I’ve got a news flash for you though…

Most people that have come to me with problems have been struggling with them for some time. They’ve told people their story until they’re blue in the face. They’ve expressed themselves over and over again. Perhaps they’ve gotten all the catharsis they’re gonna get!

Insight is cool. Ofter, we reframe in order to help someone gain insight. It helps you get the bigger picture and think about things differently. Hopefully, in a more resourceful way. But it doesn’t necessarily by itself, solve the problem. For instance, many people gain insight into their phobias but still have them. “Yes, I understand now. That dog attacked me when I was 7. I’d forgotten about it. But I’m still afraid of dogs.”

In NLP, we often focus on the process rather than the content. We often ask “How?” rather than “Why?” What does that mean? It means when someone says “I am frightened by dogs,” we might ask…

“How are you frightened by dogs?”
“What is it you do inside your head which results in a fear reaction?”
“What mental pictures and sounds do you need to produce in order to create that fear?”
“If I were to substitute for you and had to act exactly as you do, what would I have to do, step-by-step in order to produce the fear?”

Those are questions aimed at figuring out the “how”–the process somebody goes through in order to create a certain outcome. If the outcome isn’t working for them, we use techniques to alter the process to get to a better one.

As an example, someone with a fear of dogs might see a dog, flash a big picture inside their mind of the dog that attacked them when they were 7 and then feel fear. We might use a visual swish pattern to replace that image with something else. That would create a different outcome!

On the other hand, if we ask “Why are you afraid of dogs?” we’ll likely get a story. In my experience, the story rarely has much to do with what actually started the problem and even less to do with solving the problem. You see, people are mighty good coming up with rationalizations after the fact, for why things are. They’re good at coming up with them, they’re just not that accurate.

Also, the story will likely be depressing… To you.

Therapists: How To Depress Yourself

When I work with people, I don’t view myself as someone to listen to their problems. My job is to figure out what they want and get them there as efficiently as I can. If they tell me the same story they’ve been telling everyone else for twenty years, they’re going to feel bad and so am I. Also, it probably won’t help them.

Therapist: “Why are you afraid of dogs?”

Client: “My brother always picked on me. My cousin said that one time my brother locked me in a closet. I wonder if it’s not a manifestation of my brother’s lack of love and support.”

Therapist: “And how does that make you feel.”

As you can guess, that process might take a while.

How To Help Quickly

If you want to help someone with NLP, consider focusing on how the client’s mind keeps the problem going rather than why they believe they have the problem. When you figure out that series of steps (we call it a strategy), alter it until the client begins to get the response they want!

PS: There are times where the “why” question is valuable. We’ll cover that in another post…