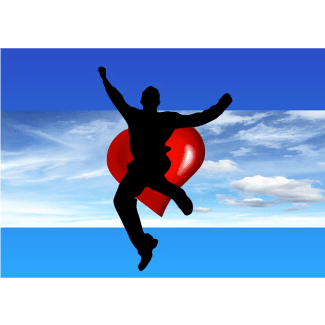 I create programs for NLP & hypnosis professionals, and a smattering of self-help stuff. I often get asked if the programs for pros can be used as self-help programs. The answer is. . .

Many times, clients have beliefs that are getting in the way of their progress. Those beliefs may make progress difficult. We can sometimes hypnotize people and get around those belief systems. The idea is that beliefs are stored and maintained in the unconscious mind. So, if we can communicate directly with that part of the mind, we can change the beliefs.

Let me give you some examples. . .

Have you ever met anyone attractive, but they didn’t think they were attractive? It doesn’t matter how many times someone compliments them, they’ll find a reason to excuse it, or not believe it. Have you ever seen someone with a radicalized political or religious belief that was impervious to facts? It doesn’t matter what proof you show them that they’re wrong, they’ll still keep believing what they believe, the vast majority of the time.

Now, what if that belief wasn’t related to self-image, or politics? What if the belief was that it is almost impossible to stop smoking, or lose weight? What if they had a belief that their pain was the physical result of a concrete injury, and therefore, there is no possible relief from it? And what if you’re charged with helping them overcome those situations?

Beliefs filter what we sense. The person with a poor self-image doesn’t see themselves as attractive. Their reality is formed from their beliefs, not the other way around. The same thing is true with political blinders that make some people resistant to facts.

It’s not that seeing is believing. It’s that believing is seeing (and hearing, etc.). To some extent we all filter out things that do not agree with our pre-existing belief systems. But not me, the highly experienced NLP & hypnosis trainer, right? And not you. You’re too smart, and open-minded.

Yes me, and you. We all have our blind spots.

And that’s why working on ourselves is sometimes difficult. If we have a belief that’s getting in the way of progress, we might not even sense solutions, or other data that might help us.

It’s Not Always About Beliefs

Now, there are lots of patterns we have that may not have significant beliefs attached to them. Maybe we want to feel energized when we wake up in the morning, and we discover we’ve got terrible internal dialog about all the work we have to do, the instant we wake up. That could be just a pattern that can be replaced with an anchor collapse, swish pattern, new behavior generator, a new strategy, or self-hypnosis.

And that’s why some of us find it easy to take care of that kind of thing ourselves.

For instance, when a person has a phobia of spiders, or public speaking, they may realize logically, that non-poisonous spiders, or speaking in front of a group isn’t literally dangerous. But some part of them may feel like it is. As a therapist, that part of them may resist getting over the phobia. It would be dangerous, to speak in public, right?

Recognizing With Your Own, Negative Beliefs

That being said, sometimes it’s possible to do yourself. Here are some ways you can recognize negative beliefs which may be stopping you from success.

If you’ve tried to succeed in a particular area multiple times, and haven’t, there might be beliefs in the way. Most people think that they need some little-known information, or the right tips and tricks in order to succeed, but it’s rarely that.

Just think about all the diet and exercise books and programs that have been sold. If people are overweight (as an example), it’s not from lack of information.

Usually, there are emotions involved, and those emotions may be driven by beliefs. Ask the “Why haven’t I been able to succeed?”, and “What’s stopping me?” questions to uncover those beliefs.

The Language Of Belief

Beliefs can be expressed in an equation form — X causes Y, or X means Y.

In order to uncover these patterns, just talk about your challenges and see what comes up. The ‘why’ and ‘what stops you’ questions can help too.

Let’s say you have problems maintaining a healthy exercise plan, and you ask yourself, “What stops you?”. Your mind throws “Exercise is boring” back at you. Well, that might be a belief that needs some adjustment.

A problem I’ve found commonly happens in areas where our belief systems are not up to snuff is locus of control issues. Locus of control refers to where you think the power, or control of a situation is. I read an article years ago about what people wrote on accident report forms. One driver stated., “The car came out of nowhere, hit me, and then disappeared.” It was as if he (the driver) had no active role in the accident, whatsoever. The locus of control was outside of him.

I have found myself using the same kind of language during a vocal lesson recently (I’m a singer). When I go for higher notes, my throat becomes tenses. I find myself saying things such as, “It just happens. I’m not doing anything”, or “My throat tenses up.”, rather than “I tense up my throat.”

That indicates that my perception of locus of control in those situations is poor. There are things under my control that I have the feeling are not under my control. I mean, obviously, I control my throat. I may not know how to consciously relax certain muscles when I do certain things, but it’s not some outside entity that’s tightening the muscles. My language reflects my poor perception in that area.

When people attribute the cause of a problem, or a roadblock to solving it are outside of their locus of control, it can be problematic in helping them to change. If a smoker believes addiction is something that happens to them, and there’s nothing they can do about it, that means the locus of control is perceived as being outside of them. When someone who wants to drop some pounds tells you that the reason they’re overweight is because of genetics, they may believe that those genetic factors are outside of their control.

Why would somebody put any effort into changing something that’s outside of their control? They usually won’t.

So, when you hear language that suggests an external locus of control, you might want to change that. As a therapist we might reframe the locus of control, tell a metaphor about something that’s not seen as in control, but then it’s discovered that we can control it, or deliver hypnotic suggestions that we come to understand that we are in control.

You can do those same things to yourself.

Of course, there are things that are outside of our control, and genetics do play an important role in a person’s weight, so there’s a balance. Effective leaders often work on the assumption that they can change lots of things. But you can go too far. There are lots of people that believe you can cure cancer with positive, (or wishful) thinking. There are even some that believe they can  turn street lights off and on with their minds. That’s an exaggerated perception of the locus of control.

If you have an area where you’re not doing as well as you’d like, and you hear language that indicates your perception of locus of control is out of whack, you can ask folks who are doing well in that area.

Think exercise is boring, and there’s nothing you can do about it? Ask someone who exercises regularly. Better yet, ask someone who enjoys it. If a bunch of people who are already doing what you want to do, and disagree with your belief, you may have found the problem 😉

Another challenge in working on yourself is that of unresourceful states. Often, when we solve a problem, we elicit some of the problem state (in an anchor collapse, for instance). Typically, clients can’t find a solution from within that state of mind (duh). They count on us, the therapists, to help them into a more resourceful state, from which they can provide their own solution.

Again, that can be challenging, when you’re working on yourself. You may have to both access a bad feeling, and get to a good enough state to pull yourself out, and get to a solution.

What You Can Work On?

So, how far can you go in working on yourself?

When people book sessions with us as therapists, they depend on us to stay resourceful, and provide perspectives they don’t have. Doing that yourself can present challenges. And depending on what happens,  those challenges can leave you feeling stuck. Suppose you do an affect bridge on yourself (or some other type of regression) and it leads you to a traumatic memory and that memory makes you feel terrible. You might get stuck there for a while, or end up abreacting, with no one to help you out of it.

It’s not that likely, but it’s good to have a plan, just in case. Stack up some positive anchors you can use, and have someone you can call, who can help you out of a negative state, should you not be able to, on your own.