Addicted To A Placebo
7

Addicted To A Placebo 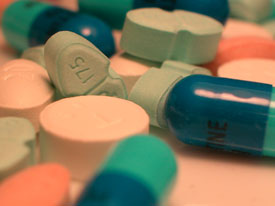 Addicted To A Placebo

Did you know that people can be addicted to a placebo?

Placebos are fake treatments given to people–and they sometimes work as well or better than the “real thing.” When drugs are tested, they’re typically tested against a placebo to show that they’re more effective. (The way drug companies manipulate these results is another story.)

I’ve always been fascinated by the power of placebos. The video below highlights some of the more interesting and puzzling findings about them.

Is Hypnosis Just A Placebo?