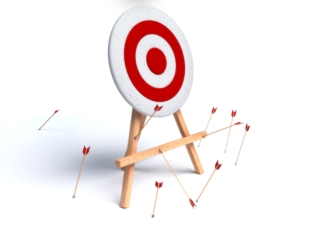 In an article titled The Powerlessness Of Positive Thinking, the point is made that positive thinking can hinder progress and may dull the will to succeed.

However, they do have a point. I’ve noticed that some people try to accomplish things by thinking about them in the same way they’d think about winning the lottery or having superpowers. And there are a lot of people who encourage them in thinking that way. “You can accomplish anything, if you just put your mind to it.” But there are several problems with that approach, from an NLP perspective.

NLP teaches us that, in order for us to help ensure reaching our goals, it’s a good idea to do what we call well-forming them.  One of the conditions of well-forming a goal is that the goal is initiated and maintained by the person setting the goal. In other words, the person setting the goal has to have some control over the situation. So, winning an Oscar might not be considered well-formed in NLP because that’s not necessarily in your control. Giving an Oscar-worthy performance is something you have a great deal more influence over.

Initiated And Maintained By Elves

Now, a lot of NLP trainers just sort of overlook this whole, “initiated and maintained by self” idea. I think they figure that, since we live in a magical universe where all we have to do is think something and it happens, the goal will magically happen — whether or not we have any actual control over the situation. Perhaps they think these fairy-tale goals are initiated and maintained by elves instead of selves. Well, I don’t believe the universe works that way. What to do?

For instance, making a big picture in our mind’s eye often means more intensity to the emotions that go along with the image. Louder sounds (in our mind’s ear) are often more intense, too. It works differently for different people, but the idea is this — we have a coding system to our thoughts. We know how to feel about something based on how we code the thoughts. You can see the same thing in movies. How does a director tell you a scene is a flashback? They wash out the colors or make the image hazy.

How Do Submodalities Apply To Positive Thinking?

Well, guess what? Fantasizing can be a way of saying, “This would be nice, but it’s never going to happen” to our brains. In other words, when we fantasize, we may make our thoughts have the same qualities of things we know won’t come true. And that’s not very motivating.

Of course, these are critical distinctions of which these particular scientists are apparently unaware.

Let me ask you this…

How motivated are you to go out into the woods tomorrow and hunt for buried treasure? Probably not very. Why is that? Most likely, because you don’t think you’d actually find buried treasure. But many of us have fantasized about it at one time or another. So, you’ve coded your thoughts about buried treasure as “not gonna happen” (perhaps). If you truly believed there were buried treasure, you might be a bit more motivated.

So, the article seems to have it right — partly. Fantasizing about something can decrease your motivation and our likelihood of ever doing anything to achieve the goal. But fantasizing as if a goal is a fairy tale is not the only way to think about the future.

How To Make Things Happen

Most successful goal-setting processes work this way, whether people know it or not. You can do it explicitly, by using NLP well-formed outcome conditions, mapping submodalities or a swish pattern — or you can repeat affirmations in a mirror for 6 weeks until you’re convinced. For some people writing down goals, make them seem more real.

Please note, if achieving the desired goal is not largely under the control of the person setting it, making it seem more real may not be a good idea. This, and other concepts contained in the NLP well-formedness conditions, help us from going off the rails, in goal setting.

If you’d like to learn more about how to set goals with NLP, check out the creatively named, Setting Goals with NLP.