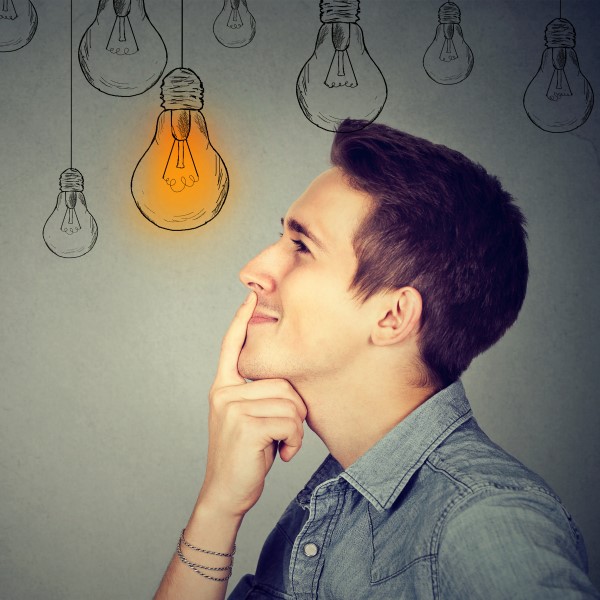 You’re Not Rational, Are You?

You’re Not Rational, Are You?

I remember reading a story about a strange hypnotic suggestion. A hypnotist gave a woman a suggestion that later that night, she would stuff a bunch of flowers in a shoe. Then he gave her amnesia for the suggestion.

You see, they were both going to be at a dinner party that evening, and he wanted to see what would happen…

When the time came, the woman took some flowers from a vase, put her shoe in the middle of the table and put the flowers in her shoe. But that’s not the interesting part. When the hypnotist asked her what she was doing, she rationalized it. “Oh, I have a vase at home that looks a little bit like that shoe, and I wanted to see what these flowers would look like in it.”

A person who is given amnesia for a posthypnotic suggestion will invent an reason for following the suggestion. To them, the action will seem like it’s a natural part of their behavior. Now, most people think this is very unusual. But I submit to you, dear readers, that this is the norm.

Remember… formal, hypnotic suggestion is just one way to program the mind. Experience is the most profound source of programming in our lives. Once experience programs us in a context, we mostly make decisions about that context unconsciously. Then we rationalize the decisions. I believe that’s the rule — not the exception.

The Evidence Shows We May Decide Before We Know We Decide

A recent study showed that experimenters could predict, with reasonable accuracy what choice people would make before they themselves were aware. In other words, they “knew” at a deeper level what their choice was, then that information filtered up to the conscious mind. Had they been asked why they chose a particular alternative, they would have then made up a reason. That reason may or may not have had anything to do with the “real” reason for the choice.

So, the bad news is that we respond a bunch based on past programming, not logic. That’s why it’s tough to change many habits just because they don’t make sense. If logic were running the show, we’d just do things that make sense. But we smoke, overeat, get angry at a tech support representative when we know they didn’t cause the problem, marry people that are similar to our parents, believe in superstitions and magical thinking…

Take a look at the reactions of people in this video…

Why Would People Freak Out?

People freak out because part of their mind believes the illusion is real. We all know you can’t split people in half and swap the halves. Logically, we could simply enjoy the illusion. But many people run away screaming. They’re reacting emotionally, not logically.

The good news is that in a lot of cases, our programming works great. Also, we can use tools like hypnosis and NLP to quickly reprogram ourselves when old programming is not serving us well.

PS: Whenever I write something like this, I get responses from people that say, “It sounds like you think we’re zombies or robots, just being controlled by our past programming.” Well, yes, to a large extent 🙂

We are aware of only a small percentage of what our mind is doing at any one moment. But remember — just because we’re unaware of much of what our mind is doing, what motivates our decisions and what drives us, doesn’t mean “we” are not driving the bus. We are. It’s just that the unconscious “us” is playing a far bigger role that most of us realize. But it’s still us!

PPS: Yeah, I know. You are logical. It’s everyone else who’s not.

To discover how to program yourself to your liking, take a look at Secrets Of Self-Hypnosis Revealed.