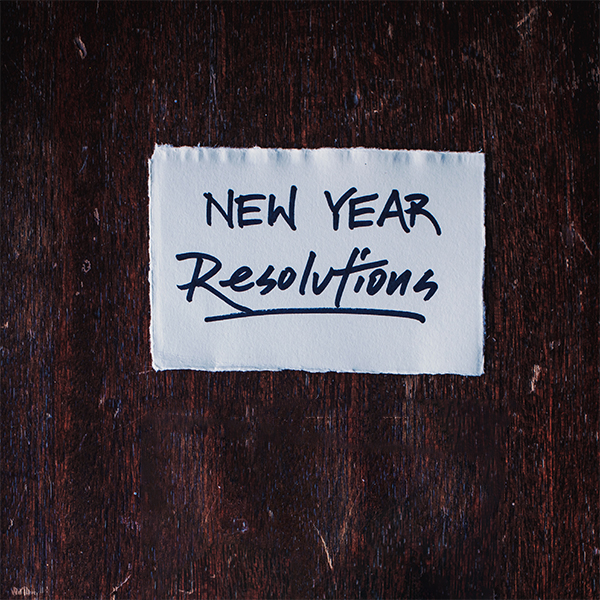 When Resolutions Don’t Stick — What To Do

When Resolutions Don’t Stick — What To Do 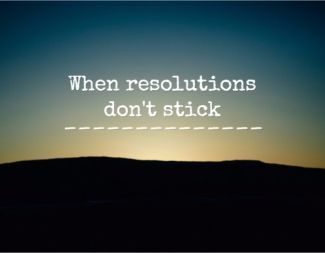 Have a resolution you make year-after-year, and it doesn’t happen? Ever do what you felt like was a good session, and the client comes back and says it didn’t work? Let’s look at the most common reasons resolutions, suggestions, NLP techniques and goal setting fail — and what to do about them.

We’ll start with the least likely problem, and work up to # 1.

Not Knowing What To Do Or How To Do It

The mistake that 95% (warning, made up statistic) of self-help and other-help disciplines make, is that they think the answer is in information. If you decide to exercise, but then don’t follow through, the chances are, your problem isn’t that you don’t know how to exercise. The problem is your motivation. Advice, trainers, free videos, exercise programs on TV or YouTube — they’re available everywhere.

And yet, people are always thinking that the latest exercise routine or diet is going to do it for them.

Yes, there may be value in that information. But when you’re trying to motivate yourself, or seeing a client who has yet to experience a breakthrough, ‘advice’ is probably the least valuable thing you can give them.

If you find yourself giving advice about a diet or exercise program to your clients, you are probably outside of your professional scope of practice and plus — you’re probably not doing as much good as you could. My advice (worth every penny you paid for it)? Stop.

Not Having A Mental Strategy

Occasionally, folks need what we call in NLP, a strategy. Strategies are a series of thoughts — mental images, mental sounds and feelings that result in an outcome. A very simple motivation strategy might be to imagine what you want to achieve, get a good feeling about it and then have an internal voice say, in an excited tone, “Go for it!”

Sometimes strategies are more complex. But mostly, if you give an hypnotic suggestion that someone feel motivated to do something and then do it, they’ll figure it out. Their mind will come up with its own strategy. Every once in a while though, or for more complex tasks, they may need help.

For instance, there’s a naturally slender eating strategy that involves mentally picturing all available foods, mentally tasting each one and picking out the food that will have you feeling the most energized and healthy in a half hour. You might need to lead someone through that strategy, rehearsing it a few times before it becomes internalized.

It’s Not Possible, Or It’s Difficult

I’m not a big believer in letting things get in my way. It’s possible to make money in a down economy. It’s possible to lose weight or stop smoking where lots of people have failed. However, I’m resigned to the fact that I will probably never play in the N.B.A. If I set that as a goal, I doubt I’d reach it.

It’s sometimes tricky to know whether or not a goal is unrealistic, or it’s simply a negative belief that’s getting in the way. I once complained to a guitar teacher (a former child-prodigy violinist), that my hands were too small to hit some particular chord. He hit the chord himself, and then held his hand up to mine. His hands were smaller. I just had a negative belief about it, and he blew it out of the water.

If a client comes to you with a goal that you think is unrealistic, you have a few choices…

Sometimes, when a person wants something, part of them may not believe it’s possible to achieve, or might have a belief that achieving it might be bad.

Beliefs will come up when you (if this is self-help), or your client is thinking about their goal. I once had a client who wanted to make more money and as we stepped him into his future, he didn’t look or sound too excited to be making more money. Sho ‘nuf, he had a belief that making more money would mean he’d have less fun.

So, any suggestions I made that would point him toward making more money, would bump up against the idea that it wouldn’t be fun. It’s a good idea, if you see, hear, or feel any conflict about achieving a goal (in yourself, or in a client), to explore that and figure out the belief.

Then you can do one of the belief change techniques (including this one), to take care of the belief. It’s also a good idea to add fun (or whatever emotion they thought they’d miss out on), to the suggestion or NLP technique you use.

And that brings us to…

The main reason that people don’t achieve their goals is secondary gain. What is secondary gain? It’s the payoff for not achieving the goal. It’s the positive byproduct of the present behavior. If your goal is to exercise, and instead, you lie on the couch to relax, relaxation may be the secondary gain for keeping you where you are.

If you have an allergy to grass, but it gets you out of mowing the lawn, and that gives you a feeling of control — that’s the secondary gain.

It’s important to know that, even though you consciously would not choose to have an allergy, or spend your days on the couch, the conscious mind is not where the action is. The unconscious moves toward pleasure and away from pain. If the thoughts you have about exercise or mowing the lawn have less relaxation and control (respectively) feelings attached to them than the thoughts of exercising and being allergy free, you’ll have a battle in there.

There are several ways of working with secondary gain. There’s parts work, for one. Another way is to suggest that, in getting the goal, they’ll get even more of the secondary gain emotion. “And you find that, exercising consistently, you are so much more relaxed and energetic.”

That’s usually best in conjunction with shifting the belief surrounding the secondary gain (as stated above).

PS: The NLP Goal Setting Process takes all these factors into account and makes sure your goals are in the format most acceptable to the nconscious mind. In other words, if you want to get stuff done, use this process.