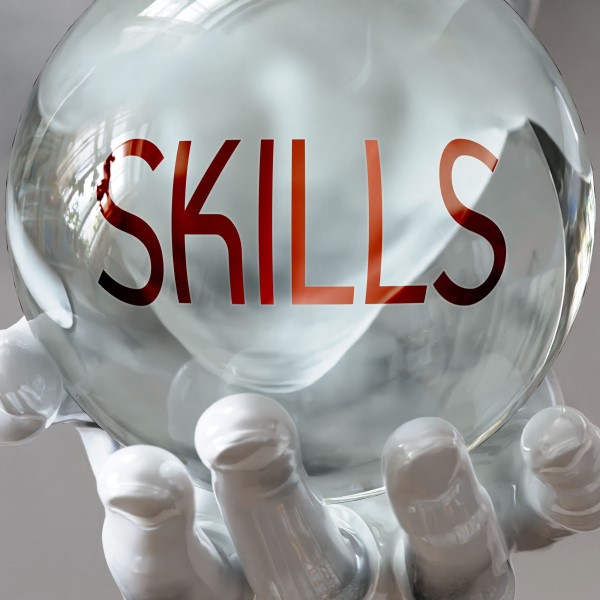 What Is Your Skill Level With Hypnotherapy?

What Is Your Skill Level With Hypnotherapy?

I was recently reading a question in a forum for professional hypnotherapists, and it brought to mind the various skill levels with hypnotherapy that are out there.

The question was about working with smoking cessation and what happens when the client has some success but then later, begins to smoke again. The hypnotherapist asking the question mentioned that they modified the stop smoking script they’d been using and asked for advice on what to do for future sessions.

They All Missed The Obvious!

I watched the discussion with interest and no one piped in with what I would have expected. I think the problem is that she was using a script in the first place. As near as I could tell, no one in the forum had been trained to work without scripts. To me, that’s sad. Now, before I get on my high horse, I’ll say that working with scripts and hypnosis is likely a lot better than many of the forms of therapy out there (unless you’ve got a bad script — they’re out there). When you combine being receptive to suggestion with suggestions that go in the right direction, you’re doing OK.

It avoids many of the dangers and drawbacks of other forms of therapy.

But script based hypnosis is only the tip of the iceberg of effectively using hypnosis for change.

So, I thought I’d write an article with my ideas about what skills work really well in being an effective hypnotherapist and how they fit in together. I imagine it will piss a few people off so let me say this. This is my opinion. I have my biases. And even a one-trick pony can do very well if they do that one trick effectively.

Practically everything works better and is easier with rapport. Hypnosis usually requires a lot of cooperation. You’re a lot more likely to get cooperation with rapport. With just rapport and holding an intention, you can get a lot done, even without other skills. I’d say rapport is the #1 skill in any therapeutic situation. Yet most of us don’t spend much time studying rapport or learning how to get it. Many psychology texts say something along the lines of, “Rapport is good. You should get it,” but they don’t tell you how to get it. I’ve seen other texts assume that you can either get rapport or you can’t. It’s genetic — like height.

Of course, we know that rapport is a skill that can be developed. It might be a good idea to think about how you can get better at it.

To me, if you want to get beyond being a ‘scriptnotist’, you need to get good at gathering information. Yes, it’s true. If you want to see clients in 50-minute blocks, you don’t have time to gather information. You’ll just have to look in your script book and read what you find. But this isn’t an article on how to be financially successful.

If you want leverage to change people’s behavior, criteria (the reason why) is where it’s at. People have different reasons for behaviors. Some smoke to relax, others as a rebellion against their parents. Others get a sense of perspective or a pleasant physical sensation. Those benefits to their current behavior (every behavior has benefits — or intended benefits) will be fighting your suggestions.

It really boosts your effectiveness if you can utilize those benefits and give the client more of them than the old behavior did. For instance, if they got a pleasant sensation by smoking, you program a more pleasant sensation when they don’t! So, gathering the correct information about criteria is really important. A script just guesses at it.

It’s amazing to me how many hypnotherapists don’t think the induction phase is very important. They say things such as, “It doesn’t really matter what level of trance a client achieves” and their inductions are aimed at relaxing the client. There’s usually no testing for depth of trance involved. They’re scared to test — what happens if the client fails? Hey, we’ve all been there.

But if you’re just relaxing the client, why call yourself a hypnotist? There are differences in how powerful and permanent some suggestions become, depending on depth of trance.

Now, I don’t completely agree with the school of thought that you need somnambulism for anyone to change anything. That’s obviously not true. But depth of trance is a factor and to ignore it completely is not the best tack.

And people have different personalities and like different types of inductions. I don’t like to be told what to do, for instance (could you have guessed that?). A permission-based induction works better for me unless I really trust you. Other people take orders quite well. Telling them what to do directly might be more effective.

After you gather information and do a good induction, you need to be able to deliver suggestions effectively. There are techniques like compounding and pyramiding. There are guidelines for delivering suggestions, such as stating suggestions in the positive (the NLP well-formedness conditions are the best set of guidelines I know). And then there’s the criteria thing I mentioned earlier. Work all those in and you’re going to do pretty darn well.

Reframing is the skill of changing meaning. It’s one of the most powerful tools I have when I do sessions. One good reframe can change a person’s outlook on life. A more subtle reframe can cause a person to question a belief that’s getting in the way of them creating the kind of life they want. I mostly reframe conversationally while I’m gathering information.

Effective With Ericksonian Hypnosis, Hypnotic Language, And Other Indirect Or Covert Techniques

There are lots of NLP processes that are quick and effective. You can use them in and out of formal trance. I often use NLP to take care of a problem and hypnosis to reinforce and/or for show (it’s a good convincer for people).

4 Levels Of Skill With Hypnotherapy

So, here’s my general ranking of the levels of help you can get from hypnotists. Of course, there are lots of other skill sets you can consider. Tapping is one a lot of people seem to stand by. But here are my faves…

It’s a thing of beauty to watch someone who has all these skill sets pull them all out during a session.

PS: If you’d like help building skill with various aspects of your skill level with hypnotherapy, I’ve got lots here to help you.

PPS: If you’re considering a training and they teach you to read from scripts, I’d look elsewhere.