How To Stop Smoking In 5 Seconds
3

How To Stop Smoking In 5 Seconds 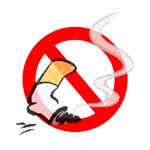 I ran into a guy in the Jacuzzi the other day. He’d stopped smoking 40 years ago and hadn’t had a cigarette since. Want to know his secret? Want to know how his secret can help you with your smoking cessation clients?

The first thing he talked about was how he made a decision and he wasn’t going to take that back–no matter what! He decided to stop smoking. He made it a promise to himself. Too many people put responsibility for their actions somewhere else. If you smoke (or don’t exercise, or do something else you’ve decided you’re not going to do), the responsibility is yours.

Yes, we’ve all done it. Me too. But for the future, accepting responsibility means that you accept responsibility for what is in your control. If you decide not to smoke and then you smoke, you are responsible. No one or nothing else. Who controls the arm that lifts the cigarette to your lips? You control your arm, do you not? Did the cigarette lift your arm up? No. Did the nicotine life your arm up? No. Did genetics, or your uncle stressing you out? No.

Did it happen in 5 seconds? No. I lied. It was faster. It happened in an instant. Everything that follows was secondary to that decision. I’ll discuss how we can help our clients bring about that kind of commitment a bit later.

Anchor Bad Feelings To The Thought Of Smoking

Immediately before he’d stopped smoking, the gentleman in the Jacuzzi tried a technique he’d heard about. There was a program where people were forced to smoke multiple cigarettes in a row. He tried it and got through a couple of cigarettes before he realized how badly it sucked to be forced to smoke.

Every time he wanted a cigarette, he remembered that feeling!

In other words, he anchored (attached) that bad feeling to the idea of smoking. After a while, the though of having a smoke automatically resulted in a bad feeling.

How Do We Use This Information To Help Folks Stop Smoking?

1) Have your clients make an irrevocable decision to stop smoking.

We’ve all had times where we’ve made an irrevocable decision. Find those times where your clients have experienced this and attach that same feeling to the thought of stopping smoking. If you know submodalities and mapping across, you can do it that way. You can do it with anchoring. You can do it by suggesting it directly in hypnosis. However you do it, do it!

2) Attach bad feelings to the thought of smoking.

Now, as masters of NLP & hypnosis, we should be able to do a little better than he did. From what I can tell, his strategy was to go through all of the mental steps he used to go through to create desire for a cigarette and then do the negative feeling. It would be more helpful to attach that feeling a little earlier in the process so he didn’t have to want a cigarette first. So, if you know strategy elicitation and installation, figure out the smoker’s strategy and screw it up that way.

It’s also a good idea to have that bad feeling immediately switch to a positive feeling attached to the thought of doing something else. Something healthier.

If you’d like more detail on these techniques and/or other techniques to help folks stop smoking, check out Smoking Cessation With Hypnosis & NLP: A “How-To” Guide For Success