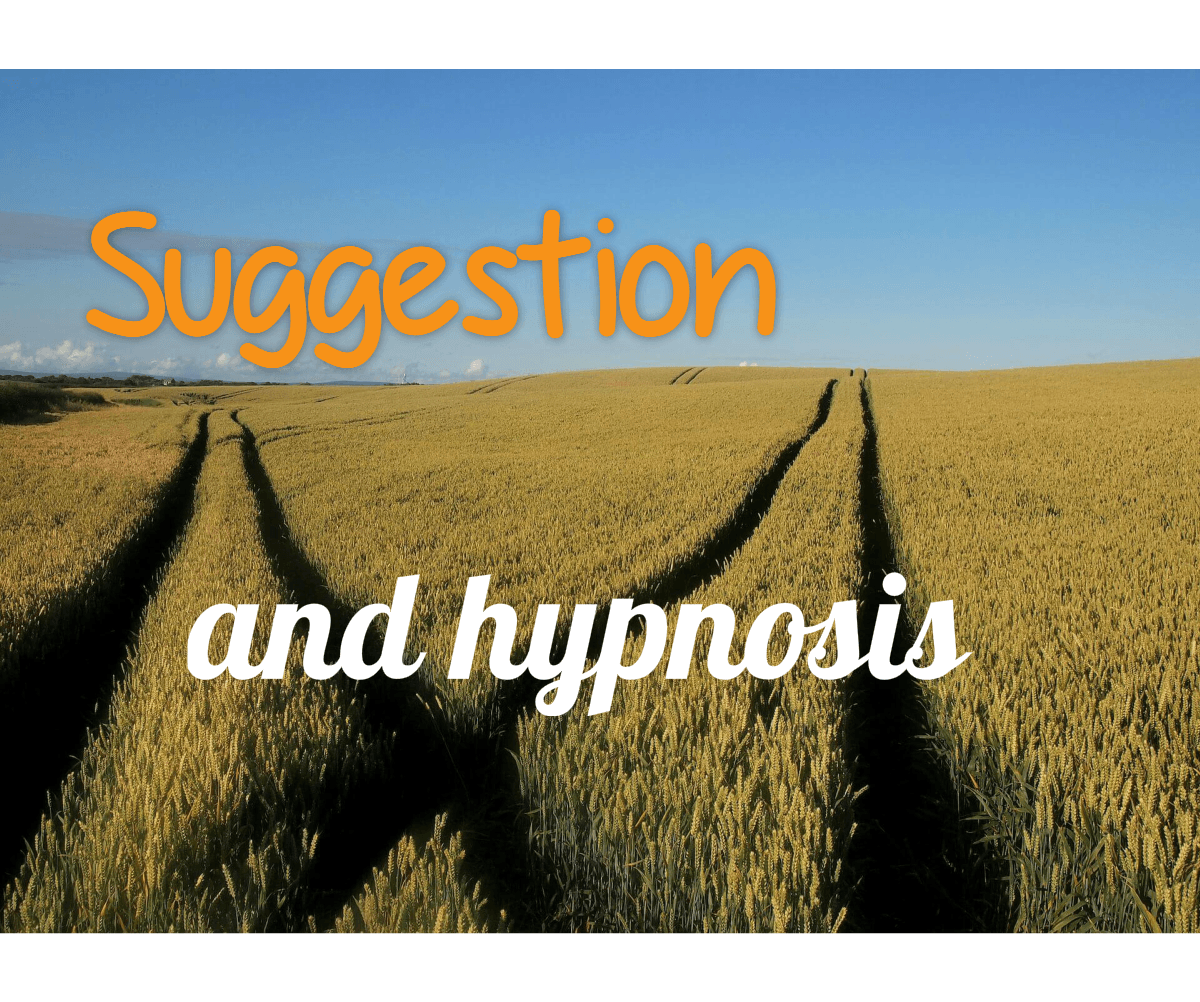 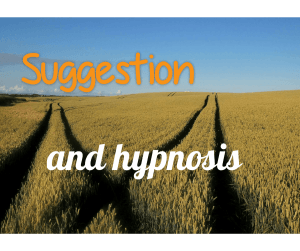 Most people don’t recognize the role suggestions plays – in or out of “formal” hypnosis.

Even professional hypnotherapists can make the mistake of thinking that deep trance is necessary for suggestions to take hold. Some even hold that suggestion and hypnosis are the same thing.

Suggestion exists separately from hypnosis and hypnosis can exist without suggestion. Let’s come up with a couple of definitions to help us sort things out.

Hypnosis: Bypass of the critical factor of the mind and establishment of selective thinking.

Suggestion: Introducing or conveying an idea.

Let’s look at both of these definitions more closely…

Hypnosis: Bypass of the critical factor of the mind and establishment of selective thinking.

Bypass of the critical factor simply means the relaxation of that part of the mind which evaluates things based on what we already know. For instance, if we’re watching a movie and we really get into it, we are bypassing the critical factor of the mind. In effect, we’re accepting the reality of the premise of the movie for the purpose of increasing our enjoyment of it. We’re pretending.

When we are really into a good book and we’re imagining what the author has written, we’re bypassing the critical factor of the mind. We’re suspending that part of our mind that judges whether or not the words are actually true and concentrating/focusing on the content.

Suggestion: Introducing or conveying an idea.

In a therapeutic setting, suggestion is used to get across an idea that (hopefully) will be beneficial to the client. But in “real life” all sorts of ideas are introduced to us – and not all of them are good for us.

This raises several questions. Are these non-helpful suggestions dangerous to us? Will they affect us even if we are not in hypnosis? If so, how do we protect ourselves from them?

The truth is yes, there are many suggestions out in the world which can be harmful to us, especially if our critical factors are not up and running at the moment. These suggestions can affect us, even if we are not in formal hypnosis. In fact, formal hypnosis (in a hypnotherapists office) is just about the safest place to be in hypnosis. The reason? You know you are getting suggestions given to you. If you don’t like a suggestion, you can bring your critical factor to bear on it and reject it!

It’s when we don’t know a suggestion is being given to us or when we accept an idea based on some other factor that can trip us up.

Once, when a relative of mine was in the hospital, a nurse was explaining to her about the pain medication my relative was receiving. The nurse said “Don’t worry about becoming addicted to the pain medication. That’s a problem for people with chronic pain, not for the acute pain you’re going to have.”

The suggestion was that the patient was going to feel acute pain! You see, one way to bypass the critical factor is by an authority figure. If you accept someone else’s opinion over your own, they can easily bypass your critical factor. Medical personnel often bypass patient’s critical factor because of their specialized knowledge. In other words, when the doctor tell us something related to our health, we tend to believe it because the doctor has training we don’t.

So, how do we protect ourselves against negative suggestion?

Well in short, we need to think about things a bit more. Here’s what I do.

Whenever anyone is talking to me I consider if I like what they’re saying. In other words, if what they were saying was true, would I like that? Would it be good for me? Would it be something I chose for myself?

If not, I either reject it outright or decide to gather more information about it.

A friend of mine had a unique approach with her daughter. My friend is a hypnotherapist and NLP’er as well. Many of her clients had come in with problems that initially started in grade school, often due to something their teacher had said to them.

So she asked her 7 year old daughter what might keep her from absorbing anything that wasn’t useful to her. Her daughter came up with a pink bubble. She would imagine a pink bubble around herself, and the bubble had the power to let “only good stuff” in.

Now, I don’t necessarily believe in pink bubbles as a proper defense against the dark arts (so to speak) – but I do believe that setting the intention to let “only good stuff in” probably served that girl well.

What can you do, to make sure that you take in only suggestions that you choose to accept?