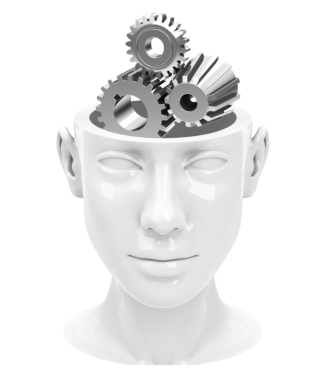 Direct Suggestion Hypnosis: Hypnotizing someone and telling their mind to achieve what they want to achieve.

I’ve noticed a trend. When I talk to my friends that do hypnotherapy they tell me something fascinating. Many of the subjects that are most difficult to work with have been in therapy. Now, why is that? It could simply be that the folks with the most difficult problems go to therapy. Or it could be something worse — much worse…

How To Recognize Potentially Harmful Therapy

I’ve noticed these trends in therapies that I believe have been harmful to people.

Therapies That Have A Greater Chance Of Doing Good

I know, psychology is taught in prestigious universities. It must be based on sound science, right? And there are tons of studies about psychology. It must be scientific! Turns out it’s not a scientific as you might think. For instance, the DSM (The Diagnostic and Statistical Manual of Mental Disorders) is published by the American Psychiatric Association. It’s essentially the bible for diagnosing mental illnesses and conditions. The latest version has come out recently, (The DSM V). Do a search for “DSM Controversy Empirical” to see what people are saying about whether or not the changes that have been made are based on any kind of evidence.

And here’s an interesting take on whether or not psychology is a legitimate science — Is Psychology A Science?

Here’s the way it can work.

Whoops. Lots of those bad boys out there.

A friend told me about a couple he knew in couples counseling. My friend asked the man what they talked about in therapy. “We take turns complaining about the other person. I’m supposed to look directly at her and voice my complaints and she has to listen. Then it’s her turn.” My friend asked him, “Do you talk about what you want your marriage to be like?” The answer was no.

Can you guess what happened to their marriage? That’s right, they got a divorce.

And that’s one reason…

Why Direct Suggestion Hypnosis Is So Cool

When done well, direct suggestion hypnosis is the ultimate outcome based therapy. You simply help a client figure out what they want, word things in a way that the unconscious mind will likely accept, get the client to be receptive to suggestion (induce trance) and give them hypnotic suggestions to help them achieve their goals.

It takes just a few hours to teach someone a good range of inductions. Another few hours to discover how to gather information and formulate suggestions. Emerging, handling problems and a few other odds and ends can be taught in a few hours too. The result — an effective, outcome based therapy that gets people to concentrate on what they want and doesn’t build a bunch of crappy beliefs about the way things work.