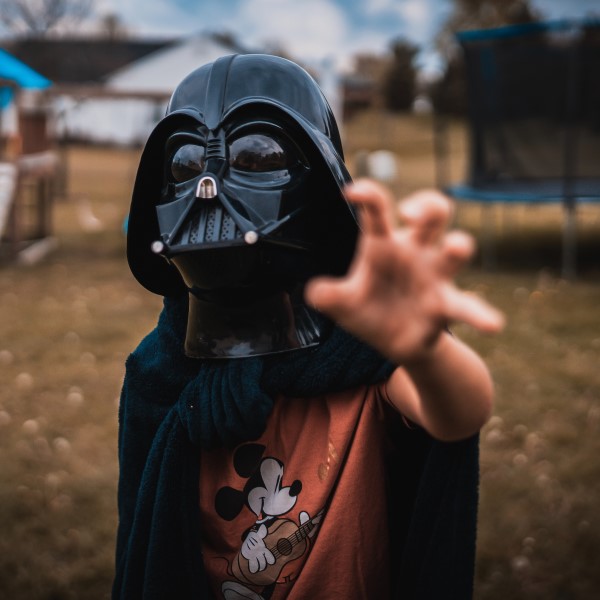 “Pretending” Can Solve Problems or Stop You In Your Tracks

“Pretending” Can Solve Problems or Stop You In Your Tracks 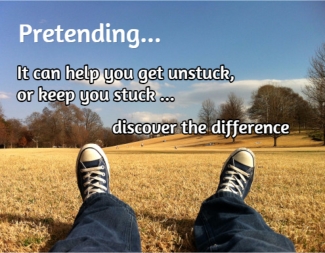 We’ve all known people who are motivated and get things done. And, we’ve known people who dream big, but don’t do much. There are times when pretending can get you unstuck and times when it keeps you stuck. What’s the difference? To understand, it’s helpful to think about different types of thinking.

When working with people to overcome problems, I often find they have mental blocks that are helping to keep them stuck. I might ask them to visualize themselves the way they want to be. Even if they can’t, it gives me information about what’s stopping them from achieving their goal.

But sometimes, I get this response — “I can’t visualize.” Now, the odds are overwhelming that they can visualize. They just don’t think they can. Somewhere along the line, they picked up the belief that they can’t. And if I want them to picture something, that belief is hindering our progress.

It reminds me of an acting exercise I once did in a group. We were asked to visualize a restaurant; whatever kind of restaurant we wanted to visualize. Then, the group leader asked each one of us to describe different aspects of our restaurant. One participant was asked about his waiter. He said, “I’m not picturing a waiter, but if I did, he would be wearing a tuxedo.” He went on to describe the waiter he ‘wasn’t picturing’, in great detail.

Obviously, he was picturing a waiter. You are too, right now. Whether you know you are or not is a different matter.

And this is where pretending can be useful. ‘Pretending’, mentally gives us permission. So, when I ask someone to visualize and they say they can’t, I’ll often say, “Pretend that you can.” And often they then begin to describe what they’re ‘pretending’ to imagine. So, rather than confront the belief directly, pretending allows us to sidestep it.

It’s actually a variation on a Sleight of Mouth pattern. With this pattern, when someone tells you they can’t do something, you say, “What if you could?” The idea is to get them to go somewhere mentally.

It’s more difficult to get someone to accomplish a goal if they can’t visualize it. If you say, “Imagine yourself at your ideal weight,” and they can’t, it makes it tougher. Sometimes, just saying, “What if you could?” will get them over the hump and help them visualize.

And that’s how pretending can help you or your clients get unstuck.

How Pretending Can Be A Trap

Take a moment and imagine a couple of things. Start with the idea that you’re going to eat something tomorrow. Picture it in your mind. What qualities does your visualization have. If you had to point to the picture, where would you point (around your body, in space)? Is there movement? Color? Depth of field?

Now, think about flying to the moon tomorrow. Compare and contrast the qualities of that visualization to the eating visualization. If you had to point to the picture, where would you point (around your body, in space)? Is there movement? Color? Depth of field? How are they similar? How are they different?

Those differences are how your brain knows whether it’s something you actually take seriously or it’s just something you like thinking about.

PS: Remember that this will help you take action, but it doesn’t change the laws of physics. Changing these submodalities (it’s called mapping across), motivates you and puts more of your resources in line with accomplishing your goal. But thinking that you have superpowers isn’t going to give you superpowers.