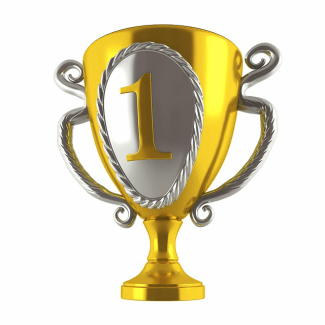 “Anything is possible”, people say. But is it? We don’t know what the limits are, really. But we do know that many things are seemingly impossible, and others are unlikely. Chasing after wild and unlikely dreams could be a waste of time. But dreaming too small can keep you from reaching your full potential. Where do we draw the line, and what is our role in helping our clients draw the line?

Not Everything Is Possible (IMO)

When people say that anything is possible, or that anyone can achieve anything they set their mind to, I sometimes speak up and say that it isn’t true (Yes, I’m that guy). If they argue, I’ll say something such as, “OK, I want to be on Mars 2 seconds from now, and I want to be able to survive without a spacesuit.” If that’s not impossible, it’s pretty darn unlikely.

What people may mean by ‘anything is possible’, is that people can achieve remarkable things, given time, resources, and flexibility in how to achieve them. And a resourceful enough person can mold many circumstances to help them achieve their goals.

As NLPers and hypnotists we understand how imprecision in language and sloppy belief systems can get folks in trouble. And “anything is possible” is a sloppy belief, and not something we necessarily want the unconscious mind to latch onto.

Limiting Beliefs Can Be Good

Do you believe that you can burn up a log in a fire, and then manifest it back to its original form with your mind, just by thinking about it? If you can, please send me a video of it. Most of us would accept that it’s not possible.

Please don’t try this: How about your hand? Can you hold your hand in a fire, with no protection, for a long period of time, and have it be unscarred and completely fine?

If you don’t believe these things, you have limiting beliefs — and they’re good. They keep you from wasting time trying to manifest logs, and keep your hand injury-free.

The Problem With Limiting Beliefs

As therapists, we face a problem (and it’s the same problem we have when we’re facing our own challenges).

Encouraging beliefs that don’t line up with reality could be harmful. But imposing our own limiting beliefs about what’s possible can also be harmful.

I had a client that wanted to make $20k – $60K more/year. But when I asked him when he thought it could happen, if the session went well, he said, “next week.” I  immediately had the thought, “That’s not realistic.” So, I had to ask myself, “Is that your limiting belief, Keith? Or is that an unrealistic goal?”

I once saw a session where an aspiring actress wanted to win an academy award in five years. She hadn’t really done any professional acting, to that point. Is that a realistic goal? Should we, as therapists help her set that, as a goal?

One way to figure out the difference between an unrealistic goal, and a limiting belief, is to ask if something is possible in the world. Often, it will have been done before. If it has been done, then it’s possible 🙂

Has a new actress ever won an academy award? Sure. Then it’s possible.

How about transporting to Mars instantly, and surviving without a spacesuit. Not that I know of! Now, just because it hasn’t been done, doesn’t mean it’s impossible — but it’s a red flag, for sure.

Initiated & Maintained By Self vs. Limiting Beliefs

In the NLP well-forming goals process (it’s an excellent way to formulate hypnotic suggestions, as well), we make sure the goal is ‘initiated and maintained by self’. That means the goal is within the power of the person setting the goal.

The idea is to prevent people from setting goals such as “Make Sally love me.” That is not so much under the control of the person setting the goal. Or is it?

This is a gray area. Can a goal be completely initiated and maintained by self? Isn’t getting a better paying job dependent on other people? Winning an academy award? How about your lacrosse team winning the championship? Don’t those all depend somewhat on other people? And for that matter, doesn’t getting to your job partly depend on the roads being open, and other drivers driving safely?

So, we want a goal that largely depends on the individual setting it.

Make Sally love me: depends a lot on Sally.

Improving income $20k – $60K within a week: Hmmmmm. There are lots of ways to make more money. You can start a business, get a new job, rob a bank (I recommend against robbing a bank). So, there are more possibilities. Each of these possibilities depends some on other people, but in total, there are a lot of ways. The more possibilities there are, the less this goal depends on one particular outside factor. That means that more inside factors (initiated and maintained by the goal-setter), are at play.

The time constraint is less in our control. Setting up job interviews, or starting a business may take time, for instance.

Winning an academy award in five years: Well, this one depends a lot on other people. There are only so many movies, and only one organization that votes for the award.

So what do we do?

One way is to focus on the goal more fully being initiated and maintained by the person setting the goal. We can help the person maximize their earning potential, or network more effectively. We can work with the actress to improve her acting skills.

Another thing we can do is chunk goals down, into smaller bits. What’s the first step to become an Academy Award-Winning actress? Maybe getting a local part? So, one way we can help someone who comes in wanting achieve a large goal, is to help the client break it down into smaller pieces, or “chunks”.

Another way we can chunk is to go for criteria. Criteria (in this case), is the feeling someone hopes to get from doing something. How would the actress feel if she won the Oscar? How would we feel, if Sally loved us? How would we feel if our income rose $20k – $60K within a week?

Winning an Oscar may be difficult, but feeling a feeling is easy.

If they successfully get the feeling, then we can anchor the emotion and use it to help them get started.

How Do We Know If We (Or A Client) Has Limiting Beliefs?

I was reading a music forum today, and they interviewed Andy Wallace, who mixed Nirvana’s Nevermind. He talked about his simple approach, and how he doesn’t use many fancy mixing tricks or extra gear. The comments down below, were interesting.

And I have a friend who wants to have a successful web and social media presence. She often talks about how other people are successful, and what they have that she doesn’t.

An Element Of Truth

Since there’s some truth in the idea, it’s easy to build limiting beliefs out of it. I mean, circumstances play a role in our level of success. There is no doubt. A child born into poverty does not have the same opportunities in life that a middle-class child might (for instance).

However, there’s an attitude that folks can take that is much more productive.

You can build a different path. . .

I know someone who became a successful hypnotherapist at age 26. I know those who didn’t start out until their 60s. Whatever your age, gender, or looks, it’s an advantage in some circumstance.

When I first started practicing, I worked out of an apartment. Was it a disadvantage? Sure. But was it also an advantage? Yes! I could charge a little less, because I didn’t have to pay for office space. I didn’t have commute time. And I could advertize that folks could come to a “relaxed, home setting”, rather than a clinical office. Certain people will be put off by that, and others will resonate with it.

In other words, it’s an advantage in some circumstances. But only if I own it!

A Word About The Word “Realistic”

So, how do we know if we have “realistic” or “limiting” beliefs? Elon Musk often seems to think in engineering terms — and engineering is about being realistic. Yet, he has accomplished things a lot of people wouldn’t have thought of as possible.

He makes me think back to the Apollo missions. During the Apollo program, they did a lot of things that had never been done before. But what they did was based on known principles.

When we look at the big problems (such as powering the planet with less damaging forms of energy), people like Elon Musk look at things from an engineering viewpoint. And they know that things that have not been done yet, can be done. How does Elon Musk know that batteries will improve in efficiency? Because he’s seen the history of similar technological problems, and how they progress. Because he knows what happens when you put specific skill-sets to work on a problem.

He may not know the timing, or the degree things will advance, but he knows the arc.

So he sees hyperloop (a 700 mph transit system where the vehicle is levitated magnetically shoots through a low pressure tube), as an extension of what already has been done. It’s based on known principles. And he’s building it.

It’s audacious. And it’s realistic. Or, at least possible.

What Is Talent’s Role?

If you want to be the best in the world at something popular, you’re going to be competing with people that may have more talent that you. And they may be just as dedicated as  you are. And they may have access to better resources than you do.

But most of us aren’t looking to be the best basketball player, or richest person, or the best NLPer. We just want to be good, or better, or make a good living. And in those cases, we’re probably not competing with the best in the world.

Why do you think that the vast majority of people that start playing piano or guitar don’t end up getting very good?

I’ll give you a hint — it’s not lack of talent.

Well, guess what? NLP and hypnosis are good for this kind of thing.

If you have the drive to keep working at something, access to information about how to do it properly, the discipline to follow through, and the focus to work on what you need to work on, you will improve.

I remember getting to that point with my guitar playing. I had this thought — “If I practice with this level of focus, it’s inevitable that I get very good.” The word that was different for me was “inevitable”. It was no longer a fantasy. It was, “If you do this, you will get that.”

That feeling of inevitability helps create an emotional connection between doing what I need to do, and the goal. And that makes it much easier to motivate myself. In other words, practice simply becomes an exciting step to achieving the goal.

What If You Think A Client’s Goal Is Unrealistic?

Well, if you can quickly explore your belief and decide it’s not true, you can shift your belief.

If you can’t get there, you can ask if they’re willing to go for improvement, or chunking the goal down into smaller bits.

If they don’t want that, you can consider referring them to someone who can get behind what they’re after.