Waking hypnosis is real, and it can be effective and fun. 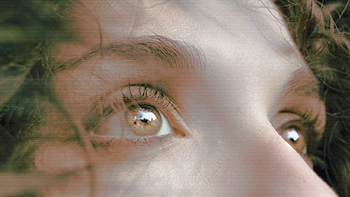 Waking hypnosis, or waking trance, is a very real type of hypnosis. With finesse and the skillful application of knowledge and technique, you can elicit just about any hypnotic phenomena without a formal induction.

I’m just going to come right out and say that.

It’s called waking hypnosis or waking trance, among other things, and it can be very powerful.

Many hypnotic phenomena can be produced whether a subject is initially in a trance or not.  If you're a professional, this gives you a powerful set of tools.

As entertainment, whether pro or hobbyist, inducing a waking trance can be a lot of fun. 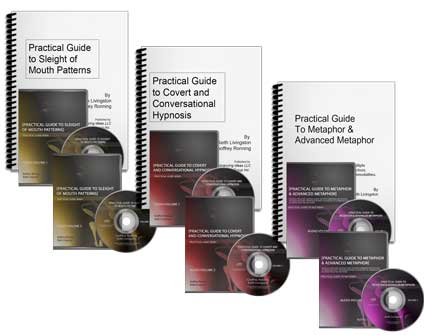 I want to master Hypnotic Language >>>

Either way, expanding your idea of how & when hypnosis works will only add to your skill set. As a professional hypnotherapist, your hypnosis session begins the moment your client walks through your door.  Everything you do and say can set the stage for trance, and even begin creating change long before the "formal induction".

What Is Waking Hypnosis?

Waking hypnosis can be defined as eliciting hypnotic responses without a formal induction. Often, people say it’s hypnosis without the whole relaxation aspect.

How is that possible?

The direct answer is "critical factor bypass".  However, many people think it’s not possible because they have a fundamental misunderstanding about what hypnosis is.  Therefore, hypnosis is linked in their minds to relaxation.

We’ve probably all seen the stereotypical hypnotist waving a pocket watch and saying “Your eyes are getting heavy, very heavy…”

But we can define hypnosis as a bypass of the logical part of the mind.  To clarify, we can bypass that part of our minds that judges our experiences. As a result, it is easier to wrap our mind around an idea.

Part of our mind does its best to make sure we’re tracking reality. If someone told us that pigs can fly because it’s Tuesday, we would probably reject that idea. It doesn’t match our experience. That’s the mind’s critical factor (or critical faculty).

But if we were to watch a film about pigs that can fly on Tuesday, we might be willing to accept the premise in order to enjoy the movie. We give our minds a message, “Let’s just ignore this obvious untruth for a while, while we watch.”  I've heard this referred to as "suspending disbelief" as well, and most people do it with ease within certain situations.

She’d done a critical factor bypass and accepted the characters as real in that moment.

Now, the way some hypnotists get a critical factor bypass is to suggest relaxation and activate the imagination as fully as possible.

“Imagine you’re on a beach.
You can feel the warmth of the sun on your body and hear the sounds of the water.”

The person being hypnotized knows they’re not actually on a beach, but to the extent that they imagine themselves there, they have a critical factor bypass.  As the hypnotist, you can help them achieve that simply by having them practice using their imagination while involving all of their senses.

They are still awake... right?  You haven't done an induction yet, you are simply guiding their thoughts to choose to relax a bit.

Many guided meditations start out like this, long before someone would be in what we recognize as "hypnotic trance".  This technique might be used as part of an induction, but the moment someone imagines themselves on a beach and takes a deep breath and sighs, because it feels so good to be away from whatever was causing them stress, you have achieved critical factor bypass.

This relaxation approach is not the only way to bypass the critical factor... it might be the nicest one, though.

Wrapping The Mind Around An Idea

In either therapeutic hypnosis or stage hypnosis, the mind is concentrated on an idea.

In a session with a hypnotist, the idea might be achieving goals or breaking a habit. Or it could be an even more narrow focus, such as "making" an arm float up of its own accord.  Or using specific suggestions to create  amnesia for something like a number, or a specific letter in the alphabet.

However with stage hypnosis, the point is entertainment, is it not?  Therefore, the idea might be that they see something hilarious or feel compelled to act a certain way, so that the audience can enjoy the show and see the effects of the hypnotists magic.

In short, both types of hypnotists are using hypnosis to combine critical factor bypass with wrapping the mind around a specific idea (or focus).

As a result, this programs us to enact that idea.

Therefore, when you get critical factor bypass AND the mind wrapped around an idea, you have hypnosis. And you don’t need relaxation or a formal induction to do it.

Why Do We Need Formal Hypnosis?

If you are a hypnotist, hypnotherapist or NLP practitioner, you are (hopefully) an expert on a variety of techniques, which give you a plethora of ways to help someone achieve their goals for the session.

But the short answer is that we don’t need a formal induction to create a hypnotic trance.

Sometimes it’s the best choice but it’s not the only choice.  This is important when working with someone who thinks that they "cannot be hypnotized".

Sometimes they need the proof that something actually happened.  Other times they need to be educated about what hypnosis is, and why it can be effective even if it isn't relaxing!

I once gave a presentation where I asked people to imagine that one of their arms wasn’t actually theirs. I spent a few minutes talking about what that would be like, asking them to imagine it. I used language which helped them dissociate from the idea that their arm was theirs (for instance, I said “that arm” rather than “your arm”).

After a few minutes, I asked them what their experience was. I got answers ranging from “I felt a tingling and coolness in my arm” to “nothing happened” to “my arm disappeared.” The person whose arm disappeared, literally could no longer see their arm.

That was from just a few minutes of talking with no formal induction. Can you guess why the different responses (and different levels of response)?

Well, part of it has to do with ability and training. People have different levels of ability to bypass their critical factor and wrap their mind around an idea.

Hypnosis is a skill.
Hypnotists can help people build that skill.

So, the people in my audience responded differently.  I think the main factor in the different responses though was willingness.

How willing was each person to follow my suggestions and really put their hearts into it?

If you’re willing and want to experience hypnosis, and you understand that if you don't "get it" right away, you can practice, it’s usually pretty easy.

So, that being said, here’s a fun waking hypnosis experiment…

Sit down, with your hand resting on your thigh. Now imagine that your thigh and your leg are one, solid piece. It’s as if they’re carved from one block of wood.

They are the same.

If it’s better for you to close your eyes, you can, but you don’t need to. Spend 30 seconds or so imagining this.

Now, while maintaining the idea that your hand and your thigh are one solid piece, try to move your hand.