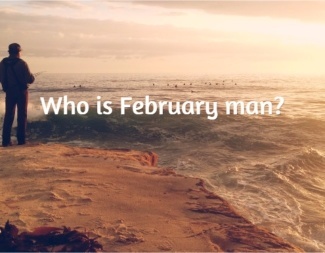 I was working with a client the other day and we made up a process. She was working on a big project and not getting much done. We explored the feelings she had when trying to work on the project.

We traced some of those feelings back to her childhood. She commented that she’d wished she’d had some competent guidance as a child.

I took that as guidance. Most times, clients will give you the information on what kind of technique to use, if you listen.

Have you ever heard the story about Milton Erickson’s February man?

Erickson had a client who didn’t have much support growing up. So, over the course of a few sessions, Erickson regressed her back in time, and gave her advice and support, in her past.

He would visit her every February as she was growing up (keep in mind, this was all during hypnotic regression — he wasn’t literally time traveling). He would ask her what had happened over the last year and if there were any questions she needed answered, any trouble she was having or anything she wanted to talk about. If so, they would have a conversation about it and he would help her work it out.

Why did Erickson do that?

My guess is that Erickson understood something key. People respond less resourcefully when they feel poorly. They respond better (in general) when they feel better. In other words, if this client felt supported, she would be able to feel and act more in line with how she wanted to feel and act.

However, when the client found herself in a particular type of situation, she was accessing old frames of reference that were not supportive. Erickson was regressing his client and helping her get that feeling of support (or whatever feeling she needed) retroactively.

As for my client, when I asked her who would be the perfect person to give her the guidance she needed as a child, she chose an ideal version of her adult self, and a woman whose business acumen and confidence she admired. We had those two go back to important events and give the younger version of the client support, encouragement and advice. But that’s not all we did…

Now, what is this process called and why did I choose those particular techniques?

Well, it’s not called anything. I made it up on the spot. It’s probably most similar to my hybrid regression technique, but it’s not an exact match.

And it speaks to one of the most frequent questions I get about hypnosis and NLP. How do you know what to use when?

The answer is this. I do my best to understand how each part of each technique works. I do my best to get good at them. Then, it becomes pretty obvious what to do when something comes up. Sometimes, you have several options as to what technique to use. In that case, I tend to go for whatever is quickest, assuming I think they have an equal chance of working.

So What Is The Simple Answer?

I know, you probably want a simple answer.

“When you have a nail-biting client, use an anchor collapse.”
Or:
“Direct suggestion works best for self-confidence issues.”

But’s that’s just not how I work, nor is it how I recommend others work.

What I’ve found is, different nail-biting or self-confidence issues can present very differently and require different approaches. While you can sometimes draw general conclusions, doing so may cause you to miss more effective techniques by limiting your vision.

I think becoming comfortable with not knowing how you’re going to approach an issue, is better. Gather information about that specific client’s situation first.

When you drive, you know what the steering wheel, the brakes, the turn signals and the accelerator pedal do. You know the steering wheel orients you, the brakes slow you down, and the accelerator pedal speeds you up. You approach each new situation, knowing what those tools do and using them to get to your goal. Once you know those tools well enough, it’s mostly unconscious.

If you ride a bicycle, or walk, or roll a wheelchair you control things with different tools, but the principle is the same.

Learn the tools of NLP & hypnosis and what they do. Get good enough at them, and ‘what to do when’ will flow.

There are often choices when driving (or doing sessions). You might use the brakes to slow down your car, or you might choose to steer around an obstacle, instead. There may not be a “right way” or a perfect path. And even if there was, you might not know what it is.

Just pick whatever you think has the best chance of working. If you don’t know what that is, pick something. If it doesn’t work, back up and try the next thing. It’s fine.

It does help to have examples of other people’s strategies, so you can add to your own. That’s what I hope to do here, in a small way. Mentoring with someone skilled is a great way to do that.

In fact, the most highly skilled practitioner I know, had a mentor that sat down with her. They went over videos of sessions and talked about the strategy behind why each move was made. Eventually, she internalized those strategies and improved them, by adding her unique skill sets and viewpoints to them.

So, what was my strategy with the techniques I wrote about above?

PS: Keep in mind that it wasn’t me creating anything new for this client. I was simply using the resources she already had and having her use her imagination.  She was the one who chose the role models, she was the one to choose the resource feelings.

PPS: If anyone out there is interested in having me mentor you, I’ve been doing a bit of it lately, and enjoy it. Send me an email, and we’ll talk.