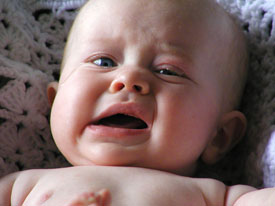 I’ve done it. You’ve probably done it too. You’ve done an induction with someone and you’re not sure if they’re thoroughly hypnotized. You’re not sure whether or not your suggestions are going to take hold. And the moment of truth is now. You could test them–maybe stick their hand to the arm of the chair and have them try and lift it but they might lift it. And then they might think you’re a failure, that you can’t hypnotize them.

So you don’t test. You hope. You hope they’re hypnotized. You do a bit of deepening or throw some clever hypnotic language in there and hope it works. You’re a wimpnotherapist.

What Happens When A Client Visits A Wimpnotherapist?

It’s always possible the hypnotherapist did a lot more and Tammy simply didn’t remember it but I’d guess something else is at play here. Fear.

The Moment Of Truth

Recently, I was demonstrating some inductions to about 25 people and I was free-lancing a bit. I was having the hypnotee’s hand float toward their body (her arm was resting on a table, bent at the elbow). I made some suggestions that when the hand reached the body, she would go more deeply in to trance.

Then I had the thought–“I should stick her hand to her chest.” Then the fear crept in…

“What if it doesn’t work? I’m supposed to know what I’m doing and if her hand doesn’t stick, I’ll have failed in front of all these people.” The moment of truth had arrived.

How A Bad Attitude Can Poison Your Effectiveness

That’s how I think Tammy’s hypnotherapist got started. It started with fear that she would fail at hypnotizing someone. The fear worked its way in to her practice to the point where she was simply counting down to people, suggesting relaxation and hoping positive thinking and relaxation would do the trick. But the emperor may have no clothes.

In general, the more our clients have an experience that they believe is hypnosis, the more effective their sessions will be. The reason? Because people are liable to listen to the suggestions they give themselves. What would you like to have a client saying after a session…

“I don’t think I as hypnotized. If that’s the case, those suggestions must not have worked.”

To Test Or Not To Test

So, I decided to stick the hand of the person I was hypnotizing to her chest. I simply suggested that her hand and chest felt as if they were carved out of one solid piece of wood.

Do everyone a favor.

A Couple Of Caveats…

I know there are lots of techniques that are more conversational in nature and a person may not even be aware that hypnosis is going on. I know there are cases where a person has amnesia for what happens in a trance. On the whole though, I see practitioners going to more conversational techniques not because they think those techniques might be more effective, but because they’re afraid they can’t really hypnotize anyone.

I often teach inductions from an Elman-style perspective. Dave Elman believed that in order to get suggestions in powerfully and permanently, you had to have somnambulism. And, if you created amnesia for anything through suggestion, you had somnambulism.

That’s why his inductions often involve counting down and losing/forgetting numbers. His inductions have multiple tests for level of trance and convincers for the clients built in to them.

It’s a good story. Perhaps the best story we have. It’s simple to grasp and we like simple stories. But I don’t know what evidence there is to support it.

I really think we need more hard evidence about what works and what doesn’t in terms of the effectiveness of suggestion and how it relates to different “depths” of trance. If you’ve heard of a good study that sheds some light on the subject, let me know. I’ll share it.

So what happened with the person I was working with? In one way, it doesn’t matter. If her hand didn’t stick to her chest, I could treat it as feedback that I might need to go to another induction style or technique. There might be a fear I hadn’t dealt with properly in my pre-induction talk. But at least I’d have the information!

As it happens, her hand stuck to her chest. After I emerged her, I asked her what that part of her experience had been like. She looked at me like I was a little bit slow and said, “It felt like my hand was stuck to my chest.”