Hypnosis Is What YOU Do Inside YOUR Head — All The Time!

Hypnosis Is What YOU Do Inside YOUR Head — All The Time! 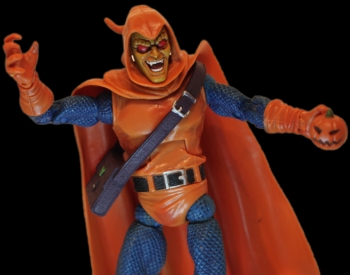 I do a waking hypnosis demonstration sometimes when I speak to groups. I ask a person to stand at a 90-degree angle to me (I’m standing also). I have them look straight up toward the ceiling and holding that position, close their eyes. I let them know that my hand is behind their back to support them, should they begin to fall backward. Then, I ask them to imagine that they are beginning to fall backward. I have them focus on what that looks like, feels like and sounds like. It usually just takes a few seconds before something happens. But what happens is interesting…

Typically, one of these three things happens:

But each of those three things means the same thing. How can that be?

Perhaps The Biggest Misconception About Hypnosis

People think of hypnosis as something one person does to another. Some think of it as mind control. It is mind control in a way. When you get hypnotized, you’re learning how to more effectively control yourself with your mind. It’s what you think that dictates what happens. And what you think is your responsibility. If you want specific results, you’ve got to think specific things.

In other words, if I’m doing the above “fall over backward” exercise with you, the results you get depend on what you’re thinking.

And you probably concentrate on a single idea multiple times each day. You know, when you’re deeply engrossed enough to where everything else fades away a bit? That’s it.

What You Think Determines What Happens In Hypnosis

Back to the three things that happen when people do the “fall over backward” exercise. Everybody gets results determined by their thinking. If they think, “This is silly, I’m not going to let him control me, I’ll stand perfectly still,” that’s generally what happens. If they think, “He’s going to make me fall over backward and I don’t want that,” sometimes they over-compensate and start to fall over forward. If they simply follow the instructions and concentrate on the idea and sensations of falling over backward, they usually start to fall (until I catch them or they catch themselves).

In other words, I don’t control them beyond suggesting the idea. How they interpret the suggestion and respond to it is key. They control themselves. And that’s the way it is with hypnosis.

What About Mind Control?

Listen, hypnosis requires wrapping the mind around an idea. Even in hypnosis, you can refuse to concentrate on an idea — you are free to reject any suggestion that comes in. And, in general, you won’t follow suggestions that are against your morals or deeply held beliefs.

But it’s possible to convince certain people to wrap their minds around ideas, even if they don’t like those ideas or even if those ideas are unhealthy. If someone is convinced that a guru or spiritual leader has supernatural powers and that guru suggests the person feel compelled to do something, they just might. Why? Their critical factor is bypassed and the suggestion by the guru is accepted and the mind is wrapped around the idea. A lot of supernatural ideas fall into this category. Demonic possession, horoscopes, and the idea of hell can all be critical factor bypasses and if you let them, can lead to unhealthy selective thinking.

If you trust a doctor to the point where you substitute their analytical judgment for your own and the doctor says you’re going to experience symptoms, you just might. If you wrap your mind around that idea you might make that happen, even if it was a misdiagnosis. A lot of uses of authority fall into this category.

Are these the kinds of hypnosis you want to be doing on yourself?

Do I Want This To Be True?

I think a good filter for protecting yourself against negative suggestion in the world is the “Do I want this to be true?” filter. I immediately reject any suggestion I receive that I don’t want to be true. Then, I can consider the suggestion analytically to see if it has any merit. Here’s an example. When she was in her late 70s, my mom was about to undergo heart surgery (she turns 91 soon). The surgeon came in and was chatting with her, pre-surgery. In the course of the conversation, he said, “As you get older, things break down.” My mom said, “I don’t like the way you’re talking.” He said, “It’s true. We get older and things don’t work so well anymore. Our bodies take on damage we can’t repair.” My mom said, “If my shoe were nearby, I’d pick it up and throw it at you.”

She rejected his suggestion that her body was breaking down. She deliberately confronted his idea and rejected it. That’s not how she chose to look at life.

But analytically, it makes sense to take getting older into account, doesn’t it?

So, here’s what I do. Anytime I hear a suggestion I don’t want to be true (“You can’t do that, it’s not possible.” “Things are getting worse in the world.” “You have to be a jerk if you want to succeed.”), I reject it outright. I hear a big “NO” inside my head.

Then, I make sure my analytical powers are engaged and check to see if there’s any merit there. Feel free to use that for yourself 😉