Here are a couple of things that make it easier for us to hypnotize people.

Here are a couple of things that get in the way.

The Servant And The Mindblock 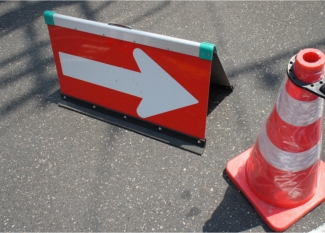 You can think of your unconscious mind as a capable servant, but one that needs instruction. The unconscious acts when it has programming available. It’s like a computer in a way. It just sits there, running whatever programs have been put into it. If you don’t put anything new into it, it doesn’t do anything new (except pick up whatever programming is being fed to you by other sources).

That servant has some protection from random programming. It’s your conscious mind. The servant pretty much does what it’s told, your conscious mind keeps it from doing anything anyone tells you. It checks back with the servant to see if new information and suggestions meet currently held beliefs and morals. If the new info doesn’t match up, the conscious mind steps in and stops it. So, in order for us to reprogram, it’s useful to have that protective mechanism out of the way.

This system works pretty well for the most part. Unfortunately, the conscious mind has limited knowledge and perspective. Where people are having difficulties, it’s often because of attitudes, beliefs and patterns that are ingrained in the unconscious. When you try to reprogram, the conscious mind checks back with the servant and finds the current paradigm is ‘just the way it is’. The conscious mind then blocks those suggestions for reprogramming.

In order for suggestions to work, it can help to have a certain kind of passivity. When the critical, evaluative part of your mind is relaxed or passive, suggestions are more easily taken in. But some people are on guard when someone is hypnotizing them. If they’re analyzing everything that comes in and deciding whether or not they like it, agree with it or believe it, that spells trouble for you.

But most people, when you explain it to them, understand that their cooperation is important in having the process work well.

So, how do you explain it so people will relax their analytical mind? How do you create an expectation of what you want to have happen? How do you keep people from consciously stopping hypnosis or from doing it “too consciously”?

Use “Allow” Type Of Language

Say things such as, “Don’t make it happen, don’t stop it from happening. Allow it to happen.” Here’s an example…

“In a moment, one of your arms is going to start to feel heavy and the other will feel very light. Don’t make it happen, don’t stop it from happening. Allow it to happen. I don’t know which arm will be which. You can be curious as to which arm will be which. Then, the light hand will begin to float up, ever so slowly. It often starts with a little twitch of a finger. A tiny little movement. You may feel a coolness, warmth or tingling, now or in a little while as one arm gets lighter and the other, oh so heavy.”

There, I’ve used language to create expectation. The client’s mind is being focused on the things I want to happen. And the client has been instructed to allow it to happen.

Of course, use your Ericksonian language to reinforce anything you see that looks like it’s headed the direction you want. “That’s right” works for most people.

Use metaphors to get the idea across. I often talk about waking up on a morning where I don’t have to get up. Most of us have had the experience of that moment where our mind is crystal clear — we can think, but we let our mind wander (no volition). Our body just doesn’t want to move. The conscious part of the mind takes a back seat then. “Allow your body to be that relaxed. You could move if you really wanted to but instead you just allow that relaxation to flow through your body.” “Allow your mind to be still, like the surface of a calm lake” can also get the idea across.

During your pre-talk (the talk you give someone before you hypnotize them), let them know what they need to do. Remove fear about hypnosis (you can’t get stuck, your moral framework will be intact etc.). That will help people stop evaluating and begin experiencing.

Rapport is super important. If a person trusts you, they’re much more likely to be able to relax.

It Helps For NLP & Self-Hypnosis Too!

The same attitude and open-mindedness can help when you’re working with someone with NLP or doing self-hypnosis too. For self-development, it’s a good idea to become conscious of when you’re blocking new ideas and when you’re allowing yourself to be reprogrammed. I’d suggest you develop skill at both 🙂