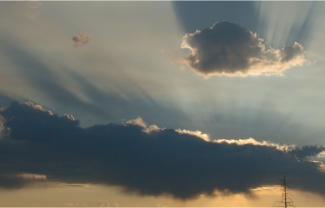 One day I needed a new hypnotic induction. I was shooting video for my hypnosis course and I had a guy coming over in a few minutes. Rather than do a repeat of an induction I’d done earlier, I wanted some variety. But what to do?

I was thinking about the eye closure part of Dave Elman’s induction. Eye closure often happens in hypnosis. But it used to be that hypnotists would hold up a watch or get someone to stare at a candle flame and make suggestions that the subject’s eyes were getting heavy. They would drone on and on until it happened. But Elman would just ask for it directly. He’d simply ask people to relax their eyes so completely that the eyes wouldn’t open — even if the subject tried to open them.  Elman would accomplish, in 15 seconds, what it took the old-time hypnotists 15 minutes to accomplish. How? He just asked people to do it.

Elman would do the same with amnesia. In hypnosis, amnesia is sometimes experienced spontaneously. It’s considered a marker for a fairly deep trance. Elman would simply suggest that a subject get amnesia for numbers. He’d have them count and suggest that each number would mentally relax them until they just dropped out completely.

Principle of an Effective Hypnotic Induction

Looking at the way Elman operated, I could see a couple of principles at work.

So, mentally, I started listing various hypnotic phenomena — things people regularly do or experience in trance. I thought, “If they often experience these things in trance, maybe getting them to experience those things will lead to trance.”

Let’s start out by listing a few hypnotic phenomena…

Create Your Own Inductions

Then I picked a few of them and decided to suggest them directly. I chose eye closure, arm levitation, amnesia, mental relaxation and catalepsy. The result was my Overload Induction, which has since become one of my go-to inductions and is available in my hypnosis course.

You can create your own inductions simply by picking items from the list and figuring out language to directly suggest them. Which are you most curious to experiment with?