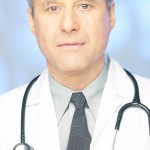 Using hypnosis for physical conditions is one of the most underutilized areas. Why? Because often, when hypnosis is brought up it’s portrayed as something wacky and with little scientific validity.

I remember watching a talk show several years ago and an actor was talking about his pregnant wife undergoing hypnosis to make childbirth easier. The hosts jumped all over him for his beliefs being too far out there. They, of course, knew nothing about it–they simply assumed. I like to point out that the Mayo Clinic sometimes combines hypnosis with other treatments, based on scientific evidence that it works.

I’d love it if more physicians learned hypnosis. Most don’t though. And the ones that do usually don’t focus on hypnosis and therefor don’t spend the time nor gain the experience with it that even the average hypnotherapist does. So is it safe for a non-physician to do medical hypnosis? The answer I believe, is a qualified yes–under certain circumstances.

It can be dangerous to leave hypnosis out of the mix. An elderly friend of a friend of mine seriously needed to undergo surgery but the doctors were worried his weak heart might not tolerate the anesthesia. In all of the discussions about what to do, using hypnosis for anesthesia was never mentioned. To his doctors, it was either take the risk of chemical anesthesia or the risks of not performing the operation. Hmmmm…

What We Can Learn From Past Masters

In France in the 1800’s, a doctor by the name of Hippolyte Bernheim used hypnosis extensively in his practice. One of the things he found was that hypnosis can help alleviate symptoms that have underlying physical causes. For instance, he worked with a man who had recurring weakness on one side of his body. He would measure the strength of the man’s gripping force, hypnotize him, suggest that his hand become stronger and the measure it again. He was often able to relieve symptoms for long periods of time.

This particular client would regain strength for many months and then return to Bernheim when he experienced symptoms again. Bernheim would help him again. The thing that was unusual about this case was that after many years the patient died. In the autopsy it was found that he had a brain tumor that had been causing the weakness.

Why is this important? It means that we may be able to remove symptoms that are calling attention to underlying physical problems. It might be dangerous to ignore those problems! Someone could come to us with weakness on one side of their body, and perhaps we could take that weakness away. And if that weakness was being caused by a brain tumor, we’d likely be in very hot water. Plus, it wouldn’t be good for the client!

That’s why, unless we are physicians ourselves, we need to work on medical issues under a referral of a health professional. The physician can diagnose first–then we can work with a person.

I think it’s important to recognize this as one of the possible dangers of medical hypnosis. Too many will tell you that there are no possible negative effects of hypnosis. Well, there are. They are usually very minor and often can be taken care of simply by re-hypnotizing the client and suggesting the symptoms away, but we should be honest about them. Masking a symptom to an underlying cause can be a more serious danger.

What If The Doc Is Wrong?

So, we let the doctors do what they do. They need to diagnose and then perhaps treat physical causes of things. The doctor can also guide us on what might be useful to work on with hypnosis. The we can operate safely, right? No, not perfectly safely.

The truth is that diagnoses are often wrong. What if the diagnosis is wrong and we remove symptoms? Are we being helpful to the client? Maybe, maybe not. I think the best thing we can do is work as closely with the doctors as possible and explain to them the potential drawbacks. The doctor can also help guide us as to the safety of symptom removal.

In future posts, I’ll write about the methods we can use to help folks with medical problems.

PS: Bernheim wrote a book, Hypnosis and Suggestion in Psychotherapy. It’s worth a read. It follows 105 of his cases, good and bad results.