When Should You Trust Regression?
0 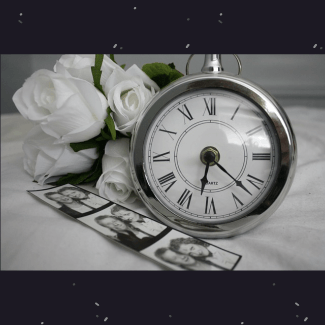 Hypnosis can increase the ability to visualize more vividly. For many people, ‘vivid’ is a submodality that can mean ‘real’. In other words, if a person remembers or imagines a scene vividly, it can seem more real to them. So, can we trust thoughts we have as a result of regression techniques? Or could they simply be imaginings that seem real?

Perhaps you’ve done an arm levitation with hypnosis — either as a subject, or a practitioner. The idea is that you suggest an arm is getting lighter, and you’re not sure which finger will start to float up first. Or maybe the wrist will start to come up.

Or, have you heard the phrasing about eye closure? “Don’t make it happen, don’t stop it from happening. Just concentrate on it and allow it to happen.”

We have to put the conscious mind in neutral for a bit, and allow other parts of the mind to move things forward.

If we can’t get the conscious mind to sit out, it will influence things. And that’s not generally what we’re going for, when we’re hypnotizing folks. In general, we want to bring up the parts of the mind that are in charge of involuntary behavior, and have the parts in charge of volition take a breather. Why? Because we want to program new involuntary behavior, and doing that through the conscious mind is inefficient and time-consuming, as compared to direct access.

The conscious mind taking the steering wheel and directing, even a little bit, can derail things. So can biases, prejudices, and existing beliefs.

Regression is similar, in that you want the mind to be open and expectant, but not biased. Preconceived ideas can interfere. They can lead the process, and we want the process to be more organic and neutral.

For instance, people will often be biased toward whatever theories they already have been exposed to. If they believe their trauma could have been caused by alien abduction, they may ‘remember’ an alien abduction. Or, they could have simply seen a movie about it. If they have read that anorexia is often a symptom of sexual abuse, it is easier to imagine a scenario in which that happened. In other words, what already exists in your mind can influence regression. And even a stray idea can influence the current enough to muddy the waters. And that’s without the therapist’s influence, and contextual influence — both of which can easily contaminate a regression.

Since everyone has thoughts about what may have caused a problem, it’s not possible to completely guard against these preconceived ideas contaminating a regression. But, in many cases, you can do a lot to minimize the potential contamination.

So, Should Recovered Memories Be Believed?

I think that’s the wrong question. I think recovered memories should be taken seriously. Clients should also be informed that hypnosis can cloud the issue, and any thoughts that come to mind in hypnosis could either be real memories, or be imaginings that seem real. Hypnosis is not truth serum, nor is it a magical, ‘accurate memory’ pill.

If there’s a legal matter pending, or a potential legal matter, you shouldn’t regress a person without considering the legal consequences to yourself, and to the client.

I like to use regression with the affect bridge. The affect bridge uses emotions as a mental breadcrumb trail, to discover the earliest and most powerful memories that contain a certain emotion.

So, if a client comes in to see me, and they want to stop smoking (or stop nail biting, or get over a phobia — it doesn’t matter), and they have an emotion that triggers the smoking behavior, we follow that emotion back, in time.

Let’s suppose it’s a specific kind of anxiety. We trace that feeling back to when they were 16, and had a big test at school. They went out and had their first cigarette after the test, and felt a rush of freedom as a result.

Now, we can use whatever technique we want to help them reach even better feelings of freedom with a new behavior other than smoking. Or, if it’s a negative feeling we discover, we can help them reprocess that memory to reduce or eliminate the negative feelings. That’s an abbreviated version of a few of the techniques in my regression program.

We didn’t go on a witch hunt. We went after a specific emotion, in a limited context.

What Are The Signs Of A Clean Regression?

I can’t provide you with scientific data on this, but here’s what I think, and the indications that help me believe recovered memories are valid.