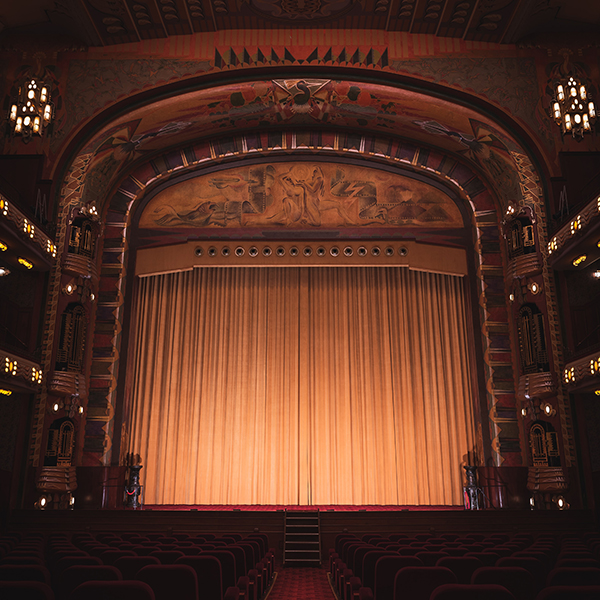 The Truth about Stage Hypnosis: An Insider’s Secrets

The Truth about Stage Hypnosis: An Insider’s Secrets

Spawn of Satan or Savior of Hypnosis?

Some time ago I sent out an email recommending my hypno-buddy Geoffrey Ronning’s live stage hypnosis training. Over the years I’ve spent hours talking to Geoff about hypnosis, we’ve worked on some products together and I’ve seen him speak for a local group of professional hypnotists. I know he knows his stuff and I recommend him with confidence.

I got a few emails from people complaining that I was promoting stage hypnosis. The complaints went something like…

“I thought I could trust you but now you promote stage hypnosis. Stage hypnotism is performed by the spawn of Satan. Stage hypnosis degrades the unconscious, the holy temple of the mind.”

Why The Complaining About Stage Hypnosis

I actually talked to a couple of these folks to find out what their beef was. The main complaint was that hypnosis is serious and stage hypnosis keeps people from appreciating the “true” uses of hypnosis for healing and therapy. They also thought that stage hypnosis would keep people from seeking hypnotherapy because they were afraid the hypnotists would make them cluck like a chicken or bark like a dog.

I did not use the opportunity to point out that their emails had seemed to me to be very much like clucking chickens and barking dogs. Instead, I began to consider if they had a valid point….

You see, I’d only seen one actual stage hypnosis show and I thought it was pretty cool. But I thought I should get a bit more data before I dismissed these opinions outright.

So I decided to go “behind the scenes.” I conned Geoff into taking me along to one of his shows. Not only did I have a “backstage pass,” but I actually rode to the gig with them, got to witness their interaction with the show organizers and even got to roam the audience and listen to “unedited” audience comments.

How are the Shows Booked?

Wendy Ronning handled most of the logistics for the shows as well as helping Geoff during the actual performances. Wendy handled the booking, the contracts and all that stuff. I talked to her about what it takes to put together a show.

You see, I used to be in the music business. I’ve toured the country a couple of times as a musician (guitar, if you must know) and I was a live sound engineer for over ten years. I’ve run shows in venues from 50 seat theaters all the way up to the 30,000 seat arenas. I know what goes into putting together a music show and I wanted to know how it compares to stage hypnosis.

When Wendy explained how she puts together the shows, I was stunned. As it turns out, working in stage hypnosis, you deal with a much nicer group of people (in general) than the music industry. Let me point out a few differences…

1) Stage hypnotists work a lot of fairs, corporate events and service clubs. The people that organize events for these kinds of things are often not professionals. Although that can have its drawbacks, it mostly means that they’re very nice people who are just trying to fill up their schedule and have no idea how to do it. If you are nice back to them, you can help them out by guiding them as to how to do things professionally. And they are much less likely to argue with you about what you ask for in your contract.

Just to give you an example, the woman who was responsible for Geoff’s pay, sought him out and handed them the check before the show started. In the music industry, getting paid is often like pulling teeth!

2) In the music industry (especially if you’re playing bars) there are a lot of drunks a lot of smoke and it’s very loud!

3) Stage hypnotists can travel very light. Geoff and Wendy carry their own sound system but it’s easily a one-person 10 minute set up. With today’s ultra-compact sound systems and electronics, it could easily be done by one person (including music cues).

Geoff and Wendy came and picked me up in Seattle and we took a leisurely drive out to South Central Washington to get to Goldendale, Washington (home of the Klickitat County Fair).

I got an indication of what the rest of the day would be like when we pulled up to the gates of the fair, rolled down our window and Geoff said “Hi, I’m Geoffrey Ronning, your hypnotist.” The woman in the booth said “MY WHAT?” It actually sounded more like “mah hwhuut?”

Well, we made it past the gatekeeper and found the stage. It only took about 20 minutes to set up. We just had to set up the very simple sound system, arrange a few chairs on the stage and Geoff had to change. Geoff changed clothes and slipped into his hypnotist persona like a comfortable old coat.

The show went smoothly. The induction was very well thought out; it brought the audience into the process, fascinated them and was quick. Each skit not only drew the audience deeper into the show but helped the participants go deeper into trance and respond more fully to each successive set of suggestions. You could tell that each piece was carefully crafted to fit with the next piece. One bit flowed smoothly to the next. Geoff looked like he was having fun.

The skits were fun for the audience and the participants. I found myself laughing out loud more than a few times (in spite of myself). Once again, the right ideas, performed well (sometimes with a twist that made all the difference) were the key.

I’ve got to tell you, there were about a dozen distractions that would have bothered me, but they just seemed to roll off Geoff’s back. Keep in mind, this was a county fair. There were people wandering by and talking loudly as he was performing. Most of the audience was under a sort of awning tent-like thing designed to keep the sun from beating on their heads. Unfortunately, the wind was blowing pretty hard and the thing was flapping in the wind so hard that it was sometimes difficult to hear Geoff.

I though there was no way that Geoff could capture an audience under these conditions but he handled each distraction with professionalism, grace and humor. By the end of the show the audience was well, “entranced.” They were also rolling with laughter.

A Fly on the Wall

I had the chance to wander around and listen to people’s comments during and after the show, it was fun being a “fly on the wall.” The favorite thing I heard was one of the gals who had been on stage coming back to the audience afterward and her friends asking “Do you remember anything?” She said “I don’t remember a thing.”

How Easy is Stage Hypnosis?

Believe it or not, the hypnosis part of the show is pretty straightforward. There was nothing I (I’m a professional Hypnotherapist) I couldn’t have done technique-wise. Even if you were starting from scratch, with no hypnosis experience, you could learn it from Geoff pretty quickly.

On the other hand, even with my hypnosis and performing experience, to learn what Geoff already knows, I’d have to make a ton of mistakes in front of live audiences! It takes years (or taking Geoff’s class) to learn the secrets of how to do things so smoothly. You know, how to sequence the skits, how to adapt your pre-talk to the audience, what to do if people don’t volunteer, how to gracefully dismiss people from the stage and dozens of other hypnosis and performing secrets. These secrets are easily learned from Geoff and painful to learn on your own.

So, it was fun and entertaining but is stage hypnosis the spawn of Satan or not?

Well, if you know anything about the history of hypnosis you know that stage hypnotists kept the art alive during periods where it wasn’t accepted by the mainstream. Many of the greats in therapy will tell you that they first became interested in hypnosis through a stage hypnotist. But those points aside, I think we should decide based on the merits of what is going on today. Here are some questions I would ask to see whether stage show are having a positive or negative effect on the industry…

1) Did the audience come away with a respect for hypnosis?
2) Would audience members be more or less likely to consult a hypnotherapist after witnessing the performance?
3) Were people more informed or less informed about hypnosis as a result of the show?
4) Was it fun or embarrassing for the people participating?
5) Were the participants treated with respect and care?

In Geoff’s case, the audience came away with a respect for hypnosis, and I believe they’d be more likely to consult a hypnotherapist after witnessing the performance. Geoff did a good job informing people about hypnosis and it was fun for both the audience and the participants.

Were the participants treated with respect and care? Well, there was one point where Geoff went out into the audience and asked who came with one of the participants (a man). A woman raised her hand and Geoff asked her a question. You see, Geoff had noticed the man was wearing a knee support and he wanted to make sure the man could safely perform the next skit (it involved dancing). That’s respect and caring.

I can see where a stage hypnotist could be crude, uncaring and leave people with a bad taste in their mouths about hypnosis. Whether hypnosis is good or evil depends on what you do with it. Therefore, I think we have to judge them based on what they do individually. I for one, as a hypnotherapist, am glad Geoff is out there.

In fact, after the show people who hadn’t volunteered gathered around Geoff to ask if they could experience hypnosis (he doesn’t usually hang around after shows but I guess he was feeling particularly friendly). One mother was encouraging her kids “go ahead, I know you want to be hypnotized – ask him!” She thought it was cute and filmed the whole thing. Does that sound like Geoff’s show discouraged people to learn about hypnosis?

I got to ask Wendy and Geoff loads of questions on the way home. One question was foremost in my mind…

I asked why they bothered playing little county fairs out in the country. It seemed to me that no matter how friendly the people were, how much fun it was and how easy the gig was, you wouldn’t want to waste your time. They told me how much they made for a pleasant drive through the countryside and 45 minutes of work. I had to swallow hard. Geoff and Wendy asked me not to tell you but let’s just say it was well worth the time.

There you have it. That’s the truth about stage hypnosis – I was there!