Stop Smoking Hypnosis: Does It Work? 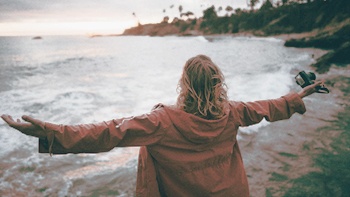 The simple answer is that stop smoking hypnosis DOES work for many, many people.

If that's all you wanted to know, consider the question answered.  However, there's more to it than that.

First let's inject a little positivity into the conversation.  For instance, one of the best things about stop smoking hypnosis is that you get to keep smoking until it is easier to stop.

Using hypnosis to quit smoking will usually focus on both the physical dependence on nicotine, as well as the mental and emotional dependence on the act of smoking itself.  Therefore, it gets easier and easier to put that last cigarette down, and simply move on with your life.

If you are looking for information on using hypnosis to stop smoking, or you want to help other people to stop smoking with hypnosis, you have come to the right place.

This article focuses on whether hypnosis (hypnotherapy) can help someone quit smoking by addressing the following questions.

Let's look on the bright side of quitting smoking

Using hypnosis to quit smoking can help make it easier and easier to put that last cigarette down and never pick up another one.  And the list of things that get better in someone's life after they quit smoking is too long for this article.

There are the physical health improvements, for sure.  And then there are simple things like you smell better and you don't have to stand out in the rain for your "hit" of nicotine.  In fact, you won't need a hit of nicotine at all.

Here's a very brief look at just some of the ways stop smoking hypnosis could improve your health.

With every breath you take after that last cigarette, your body is healing.  Here are just a few of the ways that becoming a nonsmoker shows your body some love:

In the United States alone, an estimated 480,000 people die each year from smoking related disease.

It's the number 1 preventable cause of death, according to the CDC.

The American Lung Association notes that about 41,000 people in the US die from second-hand cigarette smoke each year.

Yep, we all know it's terrible for your health and your body. We've all heard the medical evidence.

We all know it's a good idea to quit smoking and help our lungs... and avoid heart disease... and cancer... and COPD... and stroke... and the list goes on.

So why do so many people, young and old, keep smoking even though it could be killing them?

Because for many people, it's kind of complicated.

There are mental and emotional components to smoking that are often overlooked.  Using hypnotherapy to quit smoking should be more comprehensive.

In other words, you might find yourself focusing on this question:  What does smoking do for you?  Stop smoking hypnosis can help answer that question, and instill healthier habits to meet those mental and emotional needs.

Some data, for those who need it, to help answer the question of whether Hypnosis can Help You In Quitting Smoking

According to New Scientist, "Hypnosis is the most effective way of giving up smoking, according to the largest ever scientific comparison of ways of breaking the habit."

It's important to note though, that this meta study did not look at what we believe are the most powerful methods of hypnosis. Instead, it looked at playing tapes with suggestions on them.

I believe hypnosis sessions are even more potent, and far better than going cold turkey.

And there are more gems in this study. There was one major life situation that was more motivating than hypnosis tapes to help folks drop cigarettes. It was if they had serious heart problems, and needed to stop immediately.

It's worth noting that general advice from a physician to stop, has a very low rate of success. What does this tell us? That logic and reason alone are not enough to motivate the typical person to make a serious decision to quit.

You need emotion and motivation. And those factors fall within the realm of hypnosis.

Can An App Help You Stop Smoking?

Yes, actually. One of the problems with all forms of consuming tobacco is that they involve largely unconscious habits. In other words, we do it without thinking.

People try to quit, and then just find themselves with a lit cigarette in their hand, metaphorically kicking themselves.

It can be difficult to change a subconscious, or unconscious habit, with conscious willpower (as the New Scientist meta-study also pointed out).

An app can help you become aware (or conscious) of an unconscious pattern. If you have to make a note every time you have a cigarette, or fill in an entry, then you have to stop and think about it. That can help break the pattern.

Of course, this is assuming you USE the app, and don't either blow it off or forget it because your unconscious patterns override your very real, but conscious, desire to stop smoking.

However as part of a broader approach, many hypnotherapists suggest that smokers do something similar. If you smoke with the opposite hand, for instance, it breaks the pattern and makes it a more conscious mind activity.

Since you have more control over conscious activities, this can help bring your awareness to your patterns.

“This study shows that using NRT is no more effective in helping people stop cigarettes in the long-term than trying to quit on one’s own,”

While early indications were that gums, patches, and sprays worked, studies have shown they're not very useful out in the real world.

If Smoking Is An Addiction, How Can A Hypnotherapist Help?

We've all heard the rumor that cravings from giving up the habit can be as bad as the feeling of heroin withdrawal.

And it can be.  According to the American Heart Association News:  "From a scientific standpoint, nicotine is just as hard, or harder, to quit than heroin".

Nicotine, likes it's addictive cousins, releases dopamine.  Dopamine makes us feel good, hence, stopping using nicotine can make us feel bad - if we don't recognize and mitigate what is happening.  Nicotine is also a stimulant, and most people who use nicotine will report, this can help them focus.

So with all of that being true, how can a hypnotherapist help someone quit smoking?  Well, guess what...

Several scholarly papers have documented an increase in dopamine release in hypnosis.

And what's called a post-hypnotic suggestion, can give you a little shot of that outside of the session, when useful.

Many of those who smoked will tell you they needed emotional and mental support, as well. Something hypnotherapy to quit smoking should provide.

People who are quitting an addiction need emotional support not because they need a hug, but because the rituals involved with smoking and other additions get paired with emotions.

You know what I mean by ritual, right? They reach for the pack, which they keep in a certain place. They take out the cigarette and tap them in in a certain way. They smoke at certain times of day, in a well-programmed, ritualistic way. They even take that first drag on a cigarette with the same kind of deep breath... and that is associated with ... well, whatever they have associated it with.  Every time.

These ingrained behaviors DO produce the emotional release the smoker expects because the smoker has made that true.

I always ask my smoking cessation clients one question right off the bat.  What is GOOD about smoking.  Often they deny that there is anything good, but when I ask them how it feels to smoke, they usually get to the good stuff.

They'll say it helps them relax, or gives them a reason to walk away from their desk at work, or helps them think... the list goes on, but they are all emotional benefits.  Relieving stress is a common benefit given.

So if smoking gives a person one or more of those benefits, what happens if they just put down a cigarette without addressing those benefits in some other way???

That's right - it is highly likely that they will start to smoke again.

It's worth repeating:  If you take away the source of these emotional benefits, those needs can remain unfulfilled and easily cause a desire to smoke again.

A professional hypnotist can help you meet those emotional and mental needs in a different, healthier, and often more powerful way.

What Is A Clinical Hypnosis Program For Smoking Cessation Like?

When I do smoking cessation sessions, I have a pre-session process for the smoker. I want to know each time they smoked, for at least a week, and how they feel before and after. This helps me home in on the emotional and psychological benefits I can target later, with suggestion and trance.

Then we often make a chart of what is positive (including how much money you will save) and what is negative about smoking. If the client is honest here, they'll not only realize the emotional benefits they gain from the addiction, but they're confronted with the full weight of the drawbacks.

These are the first steps in orienting the mind to freedom, and puts the client well on the road to quitting.  Each hypnotherapist will have their own unique approach to using stop smoking hypnosis.  Some claim a single session will do the trick, and while that may be true for a percentage of the population, it is usually a good idea to consider 2 or three sessions, in order to address the emotional needs and make sure the one time smoker becomes a non-smoker for good.

For instance, In the days after the first hypnosis  treatment, I will have the client note if they have times they still want to smoke. A second session will help take care of those.

It doesn't matter how long someone has been "a smoker". The main factor in using hypnosis to quit smoking successfully, is how much they want to quit.

If you have decided to quit smoking...

I mean, REALLY decided to quit...

that determination will help you succeed.

When you're ready to take back control of your body and your health, it creates a fertile environment for suggestions to go deep, take hold, and stay in force.  That is when a hypnotherapist can help you quit much more easily.

My protocol is 4 sessions. I believe in being thorough and taking care of all potential problems by using a variety of hypnotic techniques over a few weeks (usually 4).

Before I see the future ex-smoker in person, I have them fill out some paperwork, including a diary of each time they smoked, over at least a week.

One of the purposes of the diary is to find any triggers. We are looking for anything that makes the creates or increases the desire to smoke, or results in smoking most of the time. For some people, it's being able to take a break at work, or fights with a significant other.

If the triggers can be identified and dealt with, they will no longer have any power.  Having taken back their power, the new nonsmoker is able to make a better choice.

I also use parts therapy to resolve any conflicts around smoking, and regression therapy to revisit pivotal moments in the smoker's history, and reevaluate them. Together, we explore the emotional components to smoking, and formulate suggestions to make sure the client gets all the emotional benefits from smoking, without the negative health effects.

Absolutely! Listening to recordings (as mentioned above) has been shown to be highly effective, compared to other methods.

I would rank the effectiveness of the methods discussed here as follows:

Hypnosis helps get all of a person's motivations aligned in one direction.

It's not magic, but it makes the process much, much easier.