Build skill and confidence creating HYPNOTIC SUGGESTIONS for any situation. 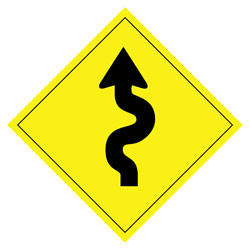 Hypnotic suggestion can be thought of as having two basic forms–direct and indirect.

Which Is More Effective?

There have been a number of studies which have tried to answer that question and the results have been mixed. Most show similar responsiveness to direct and indirect suggestion. But I think the studies are missing the point.

Asking Which Is More Effective Is Like Asking What Is The Best Color Shirt–Red Or Blue?

Well, that depends on the person and the situation, doesn’t it? I believe the same thing is true of direct and indirect suggestion. Different types of suggestion work for different people and in different situations! And there are some times when you’ll use both. Let me give you some ideas.

I remember demonstrating the Dave Elman Induction in an NLP Master Practitioner training. I was asking the subject to make their hand loose and limp, like a rag doll. A woman in the audience was taking notes and dropped her pen right at that moment. She was one I might use indirect suggestions with! Why? Because in understanding my suggestion to the demonstration subject, she thought about them in a way that caused her to respond to them herself. That’s a classic case of responding to an indirect suggestion!

What Should You Do?

You’ll probably be OK using either one but if you want to have maximum effectiveness with the most people, use both. You can always do some direct suggestion and some indirect and see if one style works better for a particular person.

What If Suggestions Don’t Work?

The Second Level Of Suggestion Mastery

How To Make Someone Disappear With Hypnosis