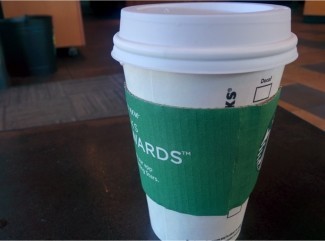 A while back, I was in a coffee shop, and a guy started talking to me. It brought to mind anchoring, unconscious programming and how most people don’t understand how advertising affects us, unconsciously.

So, what is anchoring? In NLP, it’s basically pairing a response (usually an emotion, but sometimes a series of thoughts, or a behavior), with a stimulus (a particular word, tonality, touch, object, thought).

Anchoring is really useful in therapy, or personal development. If we can attach a feeling of motivation to the thought of exercising in the morning (as an example), we can more easily achieve that goal.

Advertisers use anchoring too.

So, back to the guy in the coffee shop…

He saw a shirt I was wearing that was about local music. He asked if I was a musician, and since I am, we started talking about bands we’d been in. After a few minutes, he launched into a sales pitch about an “opportunity-based business” he was promoting. I quickly realized he wasn’t really interested in talking to me about music, he’d used it as a pretense to get rapport with me. I felt manipulated, and quickly told him I wasn’t interested.

Do We Have To Remember?

Have you ever heard someone complain that an advertisement wasn’t effective? They might say, “That ad is stupid. I don’t even remember what they were advertising.” Well, brand recognition is not the main goal of much advertising. Anchoring is the goal. So, an ad can be effective, even if you don’t remember what the ad is for. How is that possible?

The Return Of The Dread Guy

Years after the coffee shop incident, I was in a grocery store and I saw a guy in line. He started to talk to me, and I got a bad feeling. I wondered why. He seemed nice enough, and I often like to talk to people when I’m out and about. After a few moments, I realized he was the guy I’d seen years earlier in the coffee shop.

Imagine you’re standing in a store, deciding which detergent to buy. There are several that are about the same price, and they make similar claims about their effectiveness. How do you know which one to get? You look at them, and one just feels better to you.

That may be the result of an ad you saw, but don’t remember. Maybe it was a funny ad, and the company logo was in the corner, at the end. Maybe it was a heartwarming story, and the detergent was sitting in the background in the shot. But you don’t realize that. You just get the same feeling you got when watching the commercial, and then when you look at the product, it feels better. So you buy it.

Now, I’m not saying we’re mindless robots being completely programmed by advertisers. OK, I am saying that, to some degree. The decisions we make during the day have varying levels of conscious awareness involved. Some are largely conscious, some are largely automatic, and programmed.

PS: One reason I know we’re not robots, is that robots are disgusted by us. They call us “…miasmals, gummids, mucilids, quag-backed, pasties, bogheads, or fenny-eyed slubber-yucks.” — As described in the book Mortal Engines, by Stanislaw Lem: