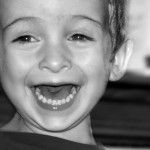 Anchoring is the process of establishing a trigger for an emotional state. If you successfully establish a trigger, you can reproduce the emotion later. Since we may need to use those emotions for various NLP or hypnotic techniques, it’s useful to have anchors for emotions related the session. That includes what can be labeled as “negative” emotions and what we can call “positive” emotions.

For our purposes, a negative emotions would be any emotion that doesn’t help the client get what they want in that particular context. A positive emotion would be one that does help them reach their goal in that context.

Here are some common questions I get from people about anchoring.

When Do I Anchor A Bad Feeling?

When do I anchor a ‘bad’ feeling?
It’s useful to anchor a “negative” emotion for a couple of reasons.

1) If you want to do a technique such as an anchor collapse, you’ve got to be able to access the negative feeling in order to collapse it.

To answer the question, any time you’re with a client and they exhibit what you might characterize as a “negative” emotion, you can anchor it. The negative feelings that are the most important will likely be the ones that are specifically related to the presenting problem. Those emotions will often come up when the client is talking about the problem.

When Do I Anchor A Resource State?

Positive, resource states are often useful. Specifically, when you want to do an anchor collapse, you’ll need one or more resource states (many NLP techniques are at heart, anchor collapses). I also just like to anchor anything I think might be useful later. Clients often give us a lot of clues which resources they need where in order to solve a problem. Often, when they’re talking about what resources they need, they’ll exhibit them right there. Anchor them–they’re going to be useful.

Laughter Is The Best Medicine

If a client laughs or otherwise feels good during a session, I anchor it if I can. You never know when you might be able to use it. Humor is a powerful resource that usually involves a shift in perspective. A shift in perspective is often useful when working with client’s “stuck” emotional states.

So, When Do I Anchor?
I know, you’d like a simple answer. Here’s my answer…

How Do I Anchor?

Different clients may respond better to anchors in different representational systems so it’s a good idea to be flexible in how you set them. One idea is to use a kinesthetic anchor with an auditory component. For instance, touch the client’s arm while saying a word in a specific tone. That way, if the client’s eyes are open, it will be visual (they’ll see you reach), auditory and kinesthetic. If they close their eyes, you’ll still have the other two. Of course, you have to make sure it’s OK to touch the client.

How Do I Get Good At It?

It’s a good idea to practice anchoring so you can be consistent and effective with it. One of the challenges is to remember to do it–then remember what you did. You can develop your own system for keeping track of how you’ve anchored what. Find what works for you, or better yet–what works for your clients.

A good way to practice is to get together with other NLP practitioners/Hypnotists and practice anchoring each other during conversations. Ask them about great experiences they’ve had and when you believe they’re experiencing positive emotions related to that experience, anchor them. Later, fire off the anchor to find out how much of that same response you get back.

PS: I’ve got a free course on NLP Core Skills, including anchoring; you can sign up below.

Is Your Presence Really a Present?