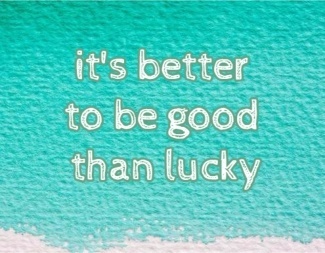 Once, I was hanging out with my then girlfriend, in her apartment. Out of the blue, I turned to her and said, “You’re picturing deviled eggs right now.” She said, “WHAT THE Ff*&^? How do you do that?” and stepped back away from me, a little bit freaked out. Even though she hadn’t said anything, I knew exactly what mental image she had in her mind. Am I psychic? Do I have psychic powers?

No. In fact, I don’t believe psychic phenomenon or anything supernatural exists. You might. But this article is not about that. This was a case of calibration, plus a little detective work and rapport. When you calibrate well enough, and you have good enough rapport, you will occasionally get hits this strong. You’ll literally know what images people are making in their minds (even the ones they’re not aware of). You’ll know what kinds of internal dialog they’re having and maybe even who’s saying it (internal dialog can be in other people’s voices, you know). And you’ll know what they’re feeling.

All this is super useful for working with clients, in a job, socially, or in relationships.

Calibration is simply noticing things about people and (often) relating them to an emotional state. Let’s say you’re working with someone who has anxiety (for instance). At the end of a session, she says she feels better. It’s a good idea to know whether or not she really does! The opposite can happen too. A client can tell you that nothing has changed, but you can see (if you calibrate well), that their response has changed.

And of course, sometimes what they say and what their out-of-consciousness behaviors tell you, agree.

When words and unconscious markers disagree, I have a general rule with people. Trust their unconscious signals more than the words they speak.

Would I Lie To You, Baby?

Why do people have different messages coming through conscious and unconscious channels? Well, a person might hope they’ve changed when they tell you they’ve improved. They might want to be polite. They might think change is impossible and just want to get out of your office. In short, they have a conflict. They are trying to suppress one side of it and that side comes out of the channels in which they don’t have much conscious control.

Tone of voice, posture, facial expressions, breathing — it’s tough to keep track of all of these and make them exactly the same as when you’re saying something with which you feel perfectly comfortable. So, the signs are there; if you know how to read them.

But reading conflict is not the only reason to calibrate. As I mentioned, when you calibrate a state, you can notice it later. Like hunger, for instance. Or impatience. Do it well enough, and it’s almost like you have psychic powers 🙂

So, how did I know my girlfriend was thinking about deviled eggs and picturing them right at that moment?

So, I guessed she was hungry, thinking about the deviled eggs she’d wanted the day before.

If you’d like to learn more about calibration, and how it can almost make you seem like you have psychic powers, check out my free NLP core skills course. There’s a section on calibration.