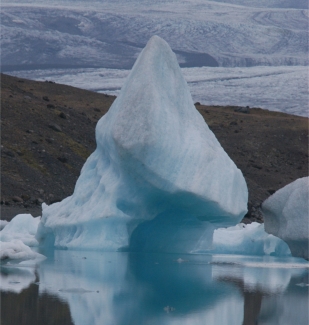 Here’s one model of how the mind works, and how it applies to hypnotic language…

In large part, this system works pretty well. When we’re young and our conscious mind is not so protective, we are “programmed” by the older, more experienced people around us. We learn about the world, develop beliefs and habits, a moral structure etc.

As our conscious, logical mind develops, we are less likely to believe anything somebody tells us. We begin to think for ourselves. We become more set in our ways. It can become more difficult to change.

It Can Make Change Difficult

This is not all bad. It helps us to not believe every new piece of information that comes down the pipeline. If you tell a 3 year-old that next Tuesday, all pigs will be able to fly because it’s pig flying day, they’ll probably believe you. Tell that to an adult, they probably won’t.

But what if you’ve been programmed in a way you don’t like? Maybe in your childhood, adults around you had some ways of interacting that you’ve picked up and you don’t like it. Maybe you’ve been programmed to feel fear when speaking in public and it needs to change. Maybe you’ve picked up a bad habit. Maybe there was a significant emotional experience in your life that created beliefs that you recognize are not healthy.

The Gatekeeper Can Stop Change

Well, you’ve got this conscious gatekeeper that may be keeping you from changing existing ideas, beliefs and patterns.

Well, there are still ways to get new programming in! Hypnosis/NLP, constant repetition of an idea, highly emotional situations, authority, altered states of mind…

…And Something Called Hypnotic Language

Hypnosis is a way to get the conscious mind to take a break so we can help a person get new programming directly into their unconscious mind. Hypnotic language (sometimes called conversational hypnosis) is a way to do something similar, conversationally. In other words, you can do much of what you do with hypnosis, in a conversation! If you’re a people-helper —  a hypnotherapist, a counselor, a public speaker, a coach, a boss, an employee…

…scratch that. If you’re a person who talks or writes and wants to be able to influence people, hypnotic language is a nice tool to have in your toolbox. When I do sessions, as soon as I know what the client wants, I start using all of the tools at my disposal to help them get it. That includes helping them deconstruct belief systems that are getting in their way. Here are a couple of examples…

These are examples of folks that could use some new unconscious programming. Yet, because of the way the mind works, they will likely ‘resist’ any effort to change those patterns. Any effort they can detect consciously, that is. That’s where conversational hypnosis can help.