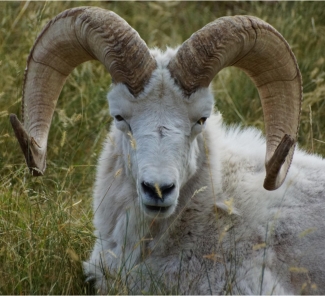 Nominalizations are nouns that are abstract. A noun is a person, place or thing. A nominalization is a thing — but it’s one that you can’t touch. It’s an idea — not a physical object. But because it’s a noun, it reflects a part of speech that is treated like an object by our mind. “Freedom”, “respect”, “relationship”, and “experience” (when used as a noun) are nominalizations. The mind, thinking these are things, does its best to process them as things. But it’s a lot harder to figure out what “freedom” is than a chair. In other words, it takes a lot of processing power.

After a while, the conscious mind gets overloaded with the work and tires out. Then we get that zoned out feeling and we’re more open to communication straight to the unconscious mind.

Feel It Happen To You

Read these words and see what effect it has on you…

When you feel the integration of experiences and understandings, you can allow yourself to go deep inside and wrap those experiences around your understandings and infuse them with respect. Ego limits freedom and truth. And truth and freedom deserve respect. And the respect with which you imbue freedom flourishes and is an enhancement to your spirituality. Perhaps it’s because you and I are dreamers of admiration and transformation. Your life can be an oasis and a transformation. But it is only a completion of ideals that enhances the possibility.

“Freedom” means something different to each of us. It has a rich meaning. But it doesn’t have much specificity or content. In other words, it’s easier to know what someone means when they say “I put the book in the chair” than when they say “Wrap your freedom with respect.”  The beautiful thing about nominalizations is that people often make sense of them. When you stack lots of these meaning rich/content poor nominalizations together, the conscious mind goes inward to make sense of it. It’s hard work though, so it eventually gives up.

You can be your very own hypnotic language generator, just by stacking up nominalizations.

Roll Your Own Hypnotic Language Generator

In Ericksonian hypnosis, we use this kind of language for good, but you’ll find it lots of places where people are trying to persuade/program one another. As an example, religion (all types) is one area where hypnotic language abounds. Politics too.

There’s a fun way to easily generate this kind of language. It’s called the “New Age BS Generator” (I’m paraphrasing here). You could also call it a  hypnotic language generator :-). Pop on over, hit the “Reinonize electrons” button at the top of the page and see how many nominalizations you can pick out. Here’s a sentence I just got…

“The osmosis of wellbeing is now happening worldwide. We are being called to explore the quantum soup itself as an interface between divinity and love. The cosmos is approaching a tipping point.”

PS: If you’d like to discover more about hypnotic language, head over here.