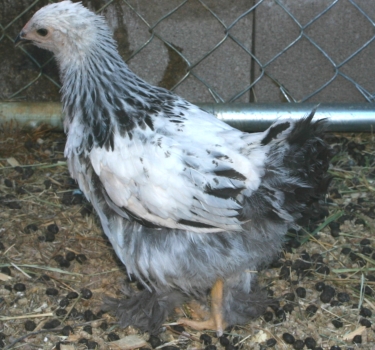 The New Yorker had an interesting article about The Science of Misheard Lyrics, and it brings to mind hypnotic language and indirect suggestion. First of all, misheard lyrics are a lot of fun. My father used to tell me a story about a hymnal he heard as a kid — “The Consecrated Cross I’d Bear.” He asked his mother where the cross-eyed bear was. But the point in the article relevant to NLP/hypnotic language was this blurb…

“…when we hear sounds, a number of related words are activated all at once in our heads (edited). Our brain then chooses the one that makes the most sense.” So, when I say the word “hear/here” (you won’t know which it is until you get some context), your mind brings up both and while waiting to figure out which you mean, considers both. In this moment, the mind is often in sort of a suspended state. It’s waiting to judge, based on context. But in the meantime, the mind isn’t sure of the context and that can be really important. Here’s why.

Why Context Is So Important

When I teach, I sometimes ask the class how many of them have gone into their mechanic’s office, taken off their clothes, sat down and waited for the mechanic. Rarely does anyone raise their hand. And you can tell from the reaction that most people think that’s a ridiculous idea — one they would never consider. In fact, they wouldn’t consider anything like that. Or would they?

Then I ask how many have done something similar in their doctor’s office. A lot have.

Now, let me talk about one more concept and then I’ll tie it all together.

Besides a therapeutic hypnosis session, there are other times your critical factor is not as active. An example is watching a movie or reading a book you’re really into. If you spend your time telling yourself that the movie is not real, that those are actors, you probably won’t feel much emotion. If you agree to suspend that disbelief and allow yourself to think of the movie as “real,” you may become emotionally invested.

People can substitute another person’s reasoning for their own if that person is an authority figure to them. In other words, a religious official, a doctor or a scientist could result in a suspension of disbelief, depending on the listener. “That scientist knows more about isotopes than I do, so I’m going to accept her judgement on the matter, even if I don’t understand.”

There’s another time where the critical factor is not as active and new programming can be written. When people are confused, especially as to context. They may not bring their “mental rules” down until they better understand the context.

Now remember, when we hear things, related words (and concepts) are activated in the mind. If we’re not sure of the meaning of the words, we’re likely to activate associations to all the meanings we’re considering. Those activated associations act as indirect suggestions. And because we’re waiting for context, our critical factor may not be active. In other words, we’re not going to make up our mind about something until we know what it means. But in the meantime, the concepts are already activated in our minds! That’s one way to do indirect suggestion.

So, an idea has been introduced indirectly with little or no interference from the critical factor. It meets that definition of hypnosis — if you can get enough of those associations about the same concept activated without defining context.

Maybe an example would solidify this idea.

1) You’re unconscious, going deep inside, way down deep, deeper — even still. Deepen your mind. Relaxing in ways that help you.

2) Your unconscious, deep inside, way down deep, deeper even still, deep in your mind, relaxing in ways that help you.

The first sentence can mean the following…

You are unconscious and you are going deep inside. Go even deeper and allow your mind to become still, Go deeper and relax in ways that help you.

The second example can mean…

Your unconscious mind is relaxing in ways that help you.

Now, there’s not much to argue with in the second interpretation. And if you’ve got rapport with the person you’re talking to, they’ll probably be willing to consider that statement without bringing up their critical factor to argue with it. And if the ambiguity of meaning is within a certain range, the critical factor will be relaxed anyway; because the person isn’t sure what you mean! In other words, you’ve activated concepts and associations in someone’s mind without activating their critical factor. And that’s why it’s called hypnotic language.

And if you’ve heard anything about the techniques of Milton Erickson, you may recognize these concepts 🙂

Now, an oronym is a group of words that sounds the same as a different group of words (“A nice, cold shower” or “An ice cold shower”). A mondegreen is a misinterpretation of a phrase as a result of the phrase sounding similar to another. “Deep in your mind” could be “Deepen your mind.” Essentially, they are different interpretations of the same words. You can use them to muddy context and introduce ideas without activating the critical factor.

Now, why would you want to do this? Well, you can reach the same therapeutic goals you would reach with direct suggestion. And some people are very wary of hypnosis or highly analytical. When they are, it can be more difficult to get them to lower their critical factor consciously (with a formal induction). In other words, some people are going to respond better to direct suggestion and others to indirect. So, if you want to help the largest number of people, most effectively, you’ll become well versed in both direct suggestion and indirect.

PS: Did you hear about the journalist who wrote a great article about a young hen who could play “Imagine” on the piano and with her talent, inspired the end to a war? It was a pullet surprise winning peace.

Advanced hypnotic language patterns to boost your persuasive abilities and/or effectiveness of therapy.